The past 15 or so years have seen a seismic change not only in photographic technology but technology in general. Back in the late 90’s if I had said we would all be taking pictures on high resolution digital sensors and looking at our images on ultra thin touch screen tablets, there was the strong possibility I would have been locked up as crazy. But today here we are and so much incredible technology has been developed over these last few years that I though that we might take an unscientific and entirely subjective look at what the future holds for photography.

The Third Dimension – In film and video 3D has had many false dawns, possibly including the latest fad of 3D television. In my opinion the one big thing holding 3D back is the way we view it, which is, for the most part sitting at a fixed distance from a screen wearing oddly unfashionable glasses. I also believe it may not be too long before we get devices like an iPad with a 3D screen that does not require any glasses to view. If we do get to this stage, 3D photography will become huge. Imagine taking an image in three dimensions and turning the screen of your tablet to look around the corners. 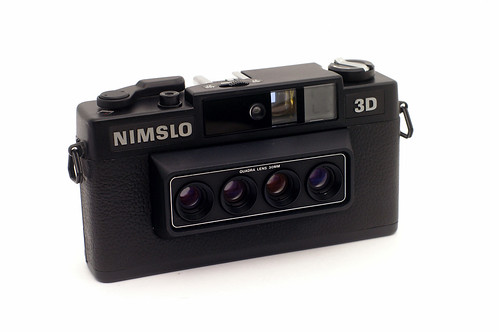 3D has seen many false dawns by Capt Kodak, on Flickr

Light Field Photography – This is a buzzword making the rounds at the moment, especially since Lytro burst onto the scene. So what is it and where is it going? Light Field cameras dispense with the normal optics, instead placing micro-lenses over each pixel. Combining this with some clever software gives you a camera that does not need to be focussed, in fact you can set the focus point after the shot on your computer and change it to suit. This technology is in its infancy but it has the potential to replace current lens technology allowing not only post production focusing but also depth of field changes and possibly focal length changes. The technology is well suited to 3D imaging so come the screen revolution, we may well see the rise of the Light Field camera too. 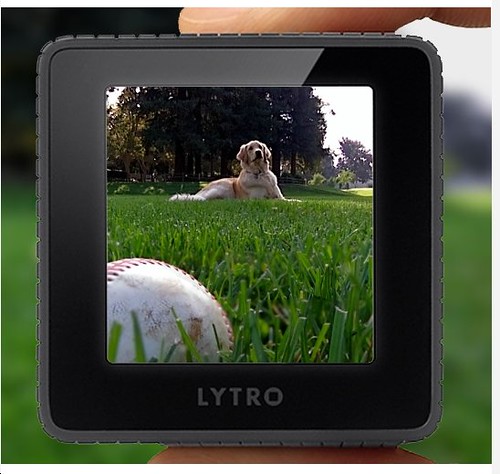 Convergence – Like it or not, video and photography are converging rapidly. Virtually all stills cameras on the market today include HD video but in the last year or two, the video world has seen the emergence of 4K prosumer level camcorders. 4K video has roughly 8 megapixels of image resolution, more than enough for a decent quality print to be made from a still frame. With 8K waiting in the wings, the resolution of video will soon be more than enough for the average user to use for photography. We could soon enter a world where Cartier Bresson’s decisive moment is a thing of the past, a world where we just pick the best shot from a 10 second video burst. Don’t worry too much though we as photographers will still define ourselves by our compositional skills. Or will we? 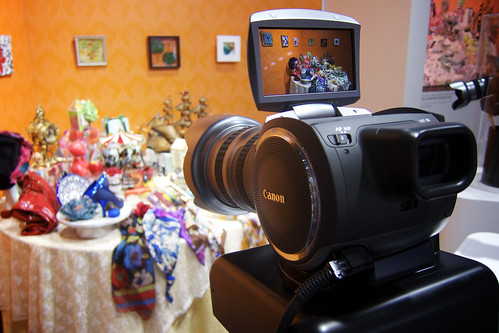 8mp stills from a video camera by aurélien., on Flickr

Compositional Aids – There are numerous cameras available now with G.P.S built in. Virtually all cameras on the market have face recognition, a database of scenes to determine exposure and some pretty powerful processor power. Taking this forward a few years, 4G phones may now be 5G, cameras will have a constant connection to the internet, not only to upload but to download information that can be collated together with the GPS data to determine exactly what you are looking at, virtually anywhere in the world. By cross referencing all of this data, the camera could, quite possibly, tell you the best positions for shooting. Yes I know this will always be subjective, but what it does mean is that the average, non-photographer will not have to think about their composition in the same way that today they don’t need to think about exposure or focus.

Of course one of the advantages of this technology for us photographers is that when we get home at start to catalogue our images, we may well be able to press an auto-keyword button that will populate our images with suitable and relevant keywords. That that is something I would pay for.

There is, of course, much much more that can and will happen, some of it obvious. The increase of megapixels and dynamic range, the increased connectivity, but there is probably also much more lurking in the minds of brilliant photographic engineers and scientists that we cannot even begin to conceive at the moment. Much of what I have written above, may well be regarded as a flight of fancy by an over imaginative photographer, and you would be right at this moment in time, but let’s all get together in 5 or 10 years time and revisit this article and see how we have progressed. I am sure there will be some surprises in store.

Sometimes I’ve got the feeling that the camera makers will self consume themselves in the way the whole competition between them is going.
Any way whatever they produce still the most important part of the photography process is happening 8 inches behind the camera 😉

One thing for sure post-production will open up endless possibilities and most photographers (like it or not) will be creating their final images in post rather than in camera. This will be especially true for sports, wildlife and news photography.

I also love the idea of auto-key wording, this would make image search a great deal more efficient and benefit everyone.

My field is still life (product photography) and on one hand I am embracing video, however as it takes longer to shoot, edit and optimise video files, so still work will remain on the affordable edge for my clients for a while longer.

One possible advance I would add is this:

A link between the human eye and recording moving/still images via a device like google glass and similar.

I left a comment here last night via my android phone and it has not shown up, might be worth checking that..

I find it interesting that this article left out the very important 5th prediction on the future of photography; i.e. the evolution of the SLR camera to the newly (still being developed) mirror-less camera. This key change is supposed to have the camera more convenient in size as well as being able to take sharper pictures.

I love this article. You have expressed some of the same concerns that have been haunting my mind for sometime.

One of my clients researched and purchased the Lytro camera and let me have it for a few weeks. I will say that it was neat and promising but it does have limitations. I believe the technology has serious potential to revolutionize our art but its not there yet.

The parent with the camera on the sidelines or in the stands now has the capability to take an extremely good and high quality picture. If they want to invest in the more accessible DSLR’s on the market it’s not out of their reach. The glass is there for the taking too.

I think for the time being our future is in how the finished product comes out of our computers. What I mean is, that aside from the filters imbedded in our phones, tablets and other photographic software applications, the layman doesn’t post process…yet. The photographer in all of us sees the picture in our minds eye and then attempts to replicate that image. Whether we do it all in the camera or we do it in the computer afterwards. The general camera user may have the video capability as well, but will they sit and edit the video down to find that one image.

I have been taking pictures for only 20 years and have been in business for 6 years. Although photography is my first love it is still my second job at the moment. I do have fears regarding the future of our art and our abilities to continue as photographers. Will technology surpass the need for our talents? Will our drive to perfect the images in our minds eye keep us ahead of the wave of the future. How will we have to adjust what we do and how we do it?

When we revisit this thread in 5 years will we have embraced the new technology and how will we have applied it to our profession.

Thanks for the article. Great, if not scary, discussion.