Sometime around 2004 I took a job serving tables at a local Thai restaurant. It was my first experience in the world of  face to face customer service. Although I’m an outgoing person in general, approaching a table of strangers in a restaurant and talking to them still made me anxious. After all, under normal circumstances, that would be very strange behavior. But for a server in a restaurant, it’s what they’re supposed to do. 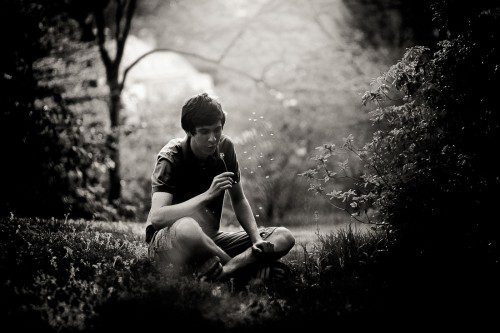 The reason it made me anxious was because I hadn’t yet come to identify myself as a server internally. I hadn’t yet identified how others would see me as a server in that context. As a result, I fumbled, acted timidly, and most of my tips that night were pity tips. It wasn’t so much that I didn’t know how to do the job, it was more like I didn’t know how to be that person who does the job.

New photographers face the same challenge. As a server, it just took me the evening to get sorted out and I started performing better after that. But for photographers, depending on what they choose to focus on, it could take years to identify who you are to yourself and in the eyes of your subjects. Luckily, you don’t have to start from scratch.

It’s common for photographers to feel weird during their first portrait session. Like learning a new dance and being unsure what it looks like, shooting your first portrait session is full of motions you’re not familiar with yet. Choosing, posing, composing, shooting, refining. The question “am I pulling this off” might be looming and producing anxiety. 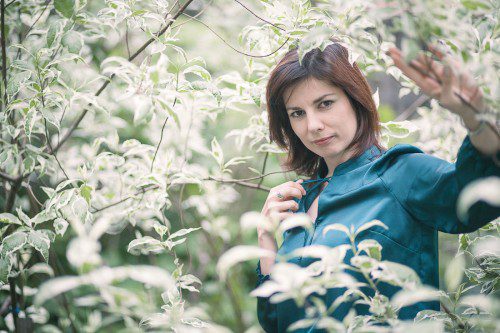 1. Your subject has no idea what “camera trouble” looks like

“Camera trouble” is common early on. Although for me it wasn’t because the camera was having trouble. When you’re presented with an unexpected problem with your camera–your flash unit isn’t putting out as much light as you think it should, the autofocus seems to be a bit off, whatever it is–you might be tempted to react to it. You might want to make excuses for it so that your subject doesn’t think you’re a novice. But don’t!

Most of the time your subject can’t tell what camera trouble looks like. Perhaps it takes you 15 minutes to get your flash unit set up and putting out as much light as you want, and maybe that’s five times as long as it would take someone else. But, as long as you don’t allow the hiccup to fluster you and you don’t go on and on apologizing for it, your subject will most likely won’t think twice about it. That is, in part, because… 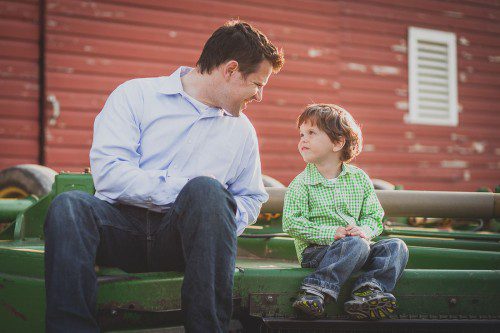 2. Your subject probably isn’t comparing you to anyone

When I was a new photographer, I remember worrying about whether I was “doing it right”. Whatever it was. If I fumbled with a tripod stand I thought, “oh no, they can tell I don’t know what I’m doing”. If I hesitated to give an instruction, I started thinking about how they knew that a “real” photographer wouldn’t hesitate.

But the truth is probably the opposite. Most people hire photographers just once every three or four years. The experience probably isn’t in sharp focus for them, just whether they liked the photos or not. If they didn’t hire their last photographer again, maybe they weren’t all that memorable, or maybe the photos weren’t very good.

Most importantly though, if this is your first, or one of your first, portrait sessions, they probably aren’t paying you much, or anything at all. “Free” comes with it’s own set of expectations. People have a tendency to turn off, or seriously dampen, their comparison efforts when they receive something for free. 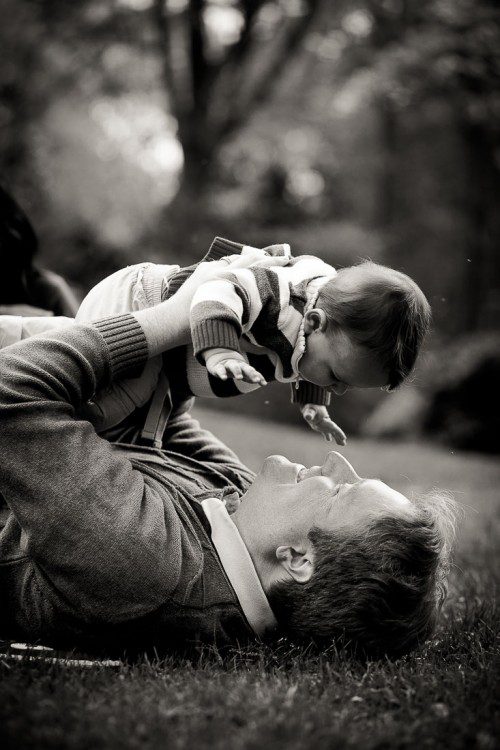 3. No one forced your subject to be there

Yes, giving instructions to people you don’t know very well feels weird. Having to balance the social interaction with the technical operation of the camera is daunting. It’s all still outside of your comfort zone. You might be tempted to rush to solve a problem so you don’t keep your subject waiting. Or you might need to rearrange a group of people over and over again before you like what you get.

At this point, so many people cave into the temptation and they turn apologetic, as if they should be expected to work faster, or the subject was being put out or something. But, in fact, no one forced your subject to be there. This is the way they opted to use their time–that is, working with you.

Be confident in taking the time you need to get the shot you want. Don’t let that be a reason to feel weird in those moments. 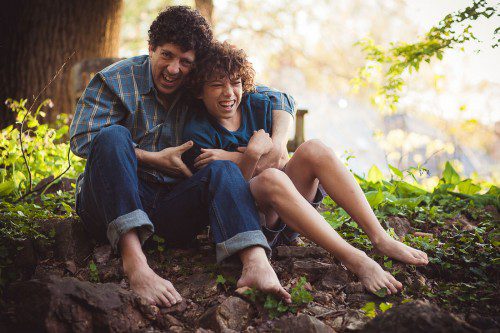 4.Your subject is expecting you to tell them what to do

This might seem obvious, but in practice, giving a command to a stranger gives a lot of people anxiety. A combination of being unsure of what to tell them to do and a sense of fear around actually giving the commands leaves some new photographers acting timid. They might give really general instructions, or they might drape their instructions with lots of disclaimers and apologies. “Please, if you don’t mind, maybe you could, stand over here, and then… if you don’t mind.. maybe you could… ”

Instead of letting this be you on your first portrait session, prime yourself by remembering that your subject is expecting you to tell them what to do. You don’t need to feel weird about doing it–in fact, it will make your subject feel much weirder if you don’t.

On a side note, if this is your first portrait session, don’t worry about what you tell them to do. Everything is A-OK. Whatever you come up with doesn’t have to be good, but you’ll learn more and have a better chance of getting something good if you just keep giving instructions. 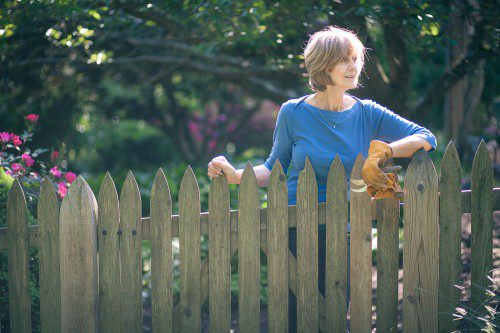 5. You have the clearest perspective on what looks good

You know what looks good. You might not know you know it yet, but you do. If you’re holding a camera, with aspirations to be a photographer, you’ve probably seen hundreds of thousands more images than any generation before you. You liked some of them. You disliked others. You’ve been appraising images quietly in your head for a really, really long time.

The point is, you don’t need to wonder whether your subject is going to look good, you will know. You don’t need to timidly show every image to your subject, seeking their approval. When you look at the screen and like what you see, you can move right along and nothing about that needs to make you feel weird.

These are the wisest words I have read about photography in a while. There is probably more crap written about photography than any other creative activity. This is a light beam piercing the fog of ignorance. Thank you.

I can identify with these! I did my first and second non-family family photo shoots this fall, and I definitely felt inadequate. I told myself many of the things that you have outlined in this post, and they definitely helped!

Another tip that I heard elsewhere that I utilized was to use positive language when needing to transition to another scene/pose/whatever because the previous one wasn’t doing it for you . . . don’t say “hm, this isn’t right” or “ugh, this isn’t working like I thought.” That deflates people and makes them negative and anxious. Instead say “Great! You know, there’s another awesome spot over here” or “awesome- oh, look at that gorgeous light. This will be fantastic, let’s try this.” Don’t bring failure and negativity into the language, and the client won’t remember any failure or negativity. Especially if they love their images. They’ll remember the feeling!

Interestingly, I gave that very advice in a DPS post not too long ago. Perhaps they are the same.

And, way to go on stepping out and trying on discomfort! It will pay itself in dividends! 🙂

Thanks for that awesome tip!!!!

that was a great article I have been intimated about taking photographs of family members.this gives me much hope and more desire to get into portraits more

GREAT article! I myself crumble at the thought that people expect me to pose them. I’m not good with posing more candid than anything. Any suggestions with this issue?

It’s mostly in your head. Try this:

Spend a few minutes every day and tinker with them. But, and this is the most important part, say everything you’re doing out loud to the model. “Now I’m going to move your arm up over your head and I’m going to arch your back”. Doing this every day for just a few minutes will help you get a lot more comfortable as your muscles get used to actually using the language. It will also help you get more comfortable simply trying things out and you can even use your camera to test simple arrangements.

When you actually get out there, just go for it. As I said in the article, just give instructions, any instructions. Sooner or later you’ll start to get a feel for what does and doesn’t work. Some posing books might help, but I don’t think you need them. The biggest step is getting past the fear of the actual doing.

I have done about 4 formal portrait shoots. Great words of wisdom. Agree 100%

This really helped me. I do sports, street, landscape, wildlife … and have just been asked to help friends out at a few weddings … timely and wise words. Thanks a lot – great article.

I’ve not been photographing long, and mostly have photographed things that don’t move. No need to tell a tree or a mountain to lift it’s chin; it won’t listen anyways. But more and more friends and family have been asking me to do portraiture. Even with them being family/friends, and not being paid, I suffer the same anxieties above. Thanks for the sage advice.

One of the very best articles I’ve read on this topic to date! Great tips here!!

Excellent article! Thank you so much for your honest and frank words. Exactly what I needed to hear 🙂