With the release of the Apple’s latest iteration of its mobile operating system, iOS 10, come many changes, upgrades and new features that, as usual, will delight some and frustrate others.

This time around mobile photographers should generally find themselves delighted with the fact that the iPhone can now shoot and process raw image files.

It is by no means a new feature in the wider world of mobile photography (Android phones, for instance, have boasted raw image processing for some time now).

But, as raw file capability makes its splash for iPhone users there is sure to be a rapidly growing supply of apps designed to exploit this newly integrated power. One such app is RAW by 500px. 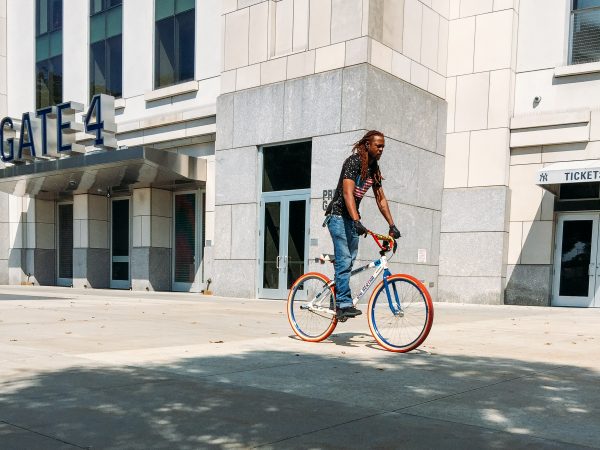 You probably know 500px as a sleek professional-oriented photo sharing/portfolio hub accompanied by a pretty capable mobile app that allows users to post, view and comment on photos.

But, 500px’s RAW app (a free download) looks to add new dimensions of functionality to their mobile enterprise by introducing an all-in-one camera/editing/marketplace app. So how does it all work out?

Upon opening the open you are greeted by the camera. There are two modes:

Mode is indicated by a “switch” to the left of the on-screen shutter button; auto mode is green and manual mode is blue. Calling it manual mode is sort of a stretch; it consists of a focus slider on the left, an exposure slider on the right and toggles along the bottom for flash, timer (3 seconds or 9 seconds) and composition guide (a rule of thirds grid).

This certainly provides more control than auto mode, but not by much. It would be nice to be able to at the very least, dial in shutter speed.

To its credit, the app is intuitive, snappy and relatively quick to focus; all this, combined with the fact that the camera always pops up first when you launch the app, suggests the designers placed great value on getting you shooting as quickly as possible.

And that’s a good thing. 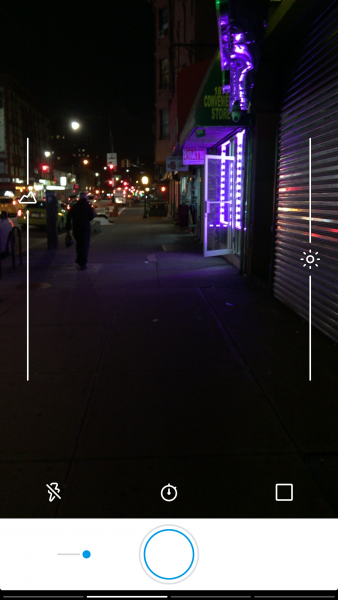 The next feature in our 500px raw app review. A right swipe from the camera app will bring up the model release module.

500px already has a standalone model release app, but they have now integrated it into the RAW app, a move that further solidifies the idea of RAW being a one-stop solution for mobile photographers.

Simply tap on the large + sign to get started creating your first model release; what you will find is the standard 500px release form, including all the necessary fields for both photographer and model to fill out and a signature box where the model can sign using a stylus or a finger. 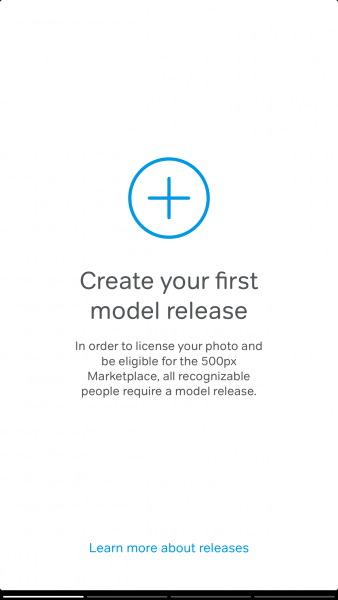 Whether you’re using an iPhone or any other Android or Windows phone, getting composition right will ensure your images stand out and you are gaining essential photography skills whilst improving your overall understanding of photography (and art).
So check out this fundamental guide by Photzy on “Understanding Composition“.

One left swipe from the camera module reveals the library. Here is where all the images you’ve shot with RAW are stored. You can also import images from the iPhone’s camera roll.

Tapping on an image will bring the editing options. On the bottom left you have a crop tool with several useful ratio presets.

Next, you’ll encounter an icon that looks like a group of sliders; tapping it will allow you to delve into a deeper set of image editing tools — Exposure,
Contrast,
Color temperature,
Sharpening, etc. 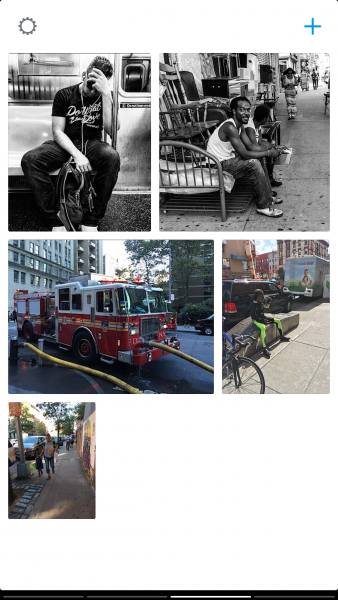 You can even make individual adjustments with the hue, saturation and luminance sliders, something that should resonate with those accustomed to desktop image editing software.

All of the provided editing features are seamlessly incorporated, easy to use and are highly effective with raw files, particularly when it comes to adjusting highlights and shadows. 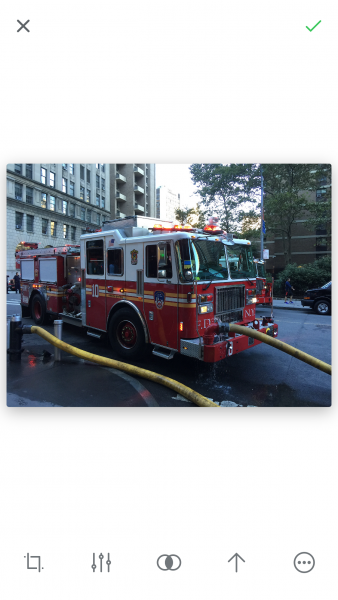 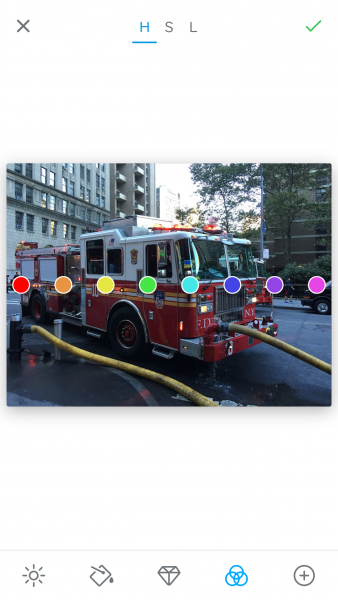 You can save your adjustments as a custom preset or use one of the 12 included presets to spice up your photos.

While RAW provides a powerful image editor, those using anything smaller than an iPad will struggle to make detailed edits.

My Suggestion For 500px:

Seeing as editing on a small smartphone screen can be tricky to get accurate edits done, 500px could help alleviate this problem by adding the ability to pinch-to-zoom while in editing mode. 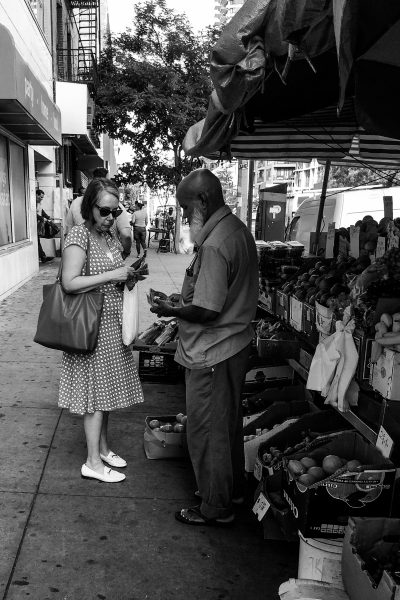 Back on the main editing screen, you will find the sharing option, indicated by the familiar upwards arrow. You can add a title, description, and keywords and upload your photo to 500px.

You can also attach a model release and submit to the 500px Marketplace.

Photos taken with 500px RAW are not automatically saved to your phone’s camera roll; you have to do this via the contextual menu (the last icon on the main editing screen). 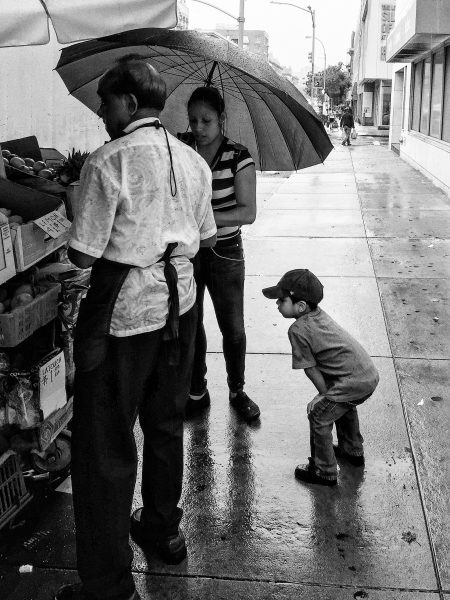 500px, taking a cue from the success of their online Marketplace, has included an “assignments” section in the RAW app.

The purpose of this feature is to put photographers in contact with brands and buyers who might be interested in their work by alerting users of on-demand assignments.

The service isn’t live as of this writing, but if you’re interested in participating all you have to do is tap a button and you’ll be alerted once assignments are available. 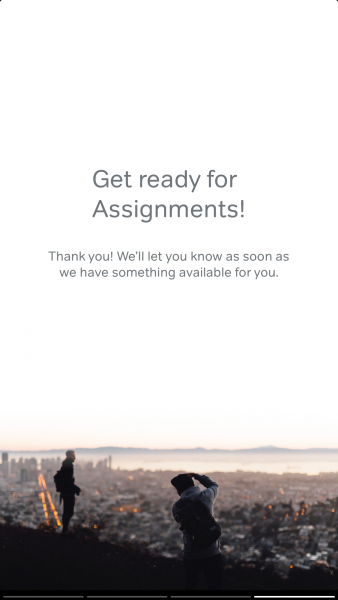 Some have championed the arrival of raw file capture and editing on the iPhone as being akin to “having a DSLR in your pocket.”

While this may be overstating things a bit, it’s hard to dismiss the creative implications of having a pocketable yet competent camera capable of capturing and processing raw files.

There is not one specific aspect of 500px’s RAW app that blows away other similar apps (especially when it comes to the camera).

However, taken as a whole, RAW could very well represent a singular solution for many mobile photographers (street photographers in particular) due to its versatility, speed and ease of use. 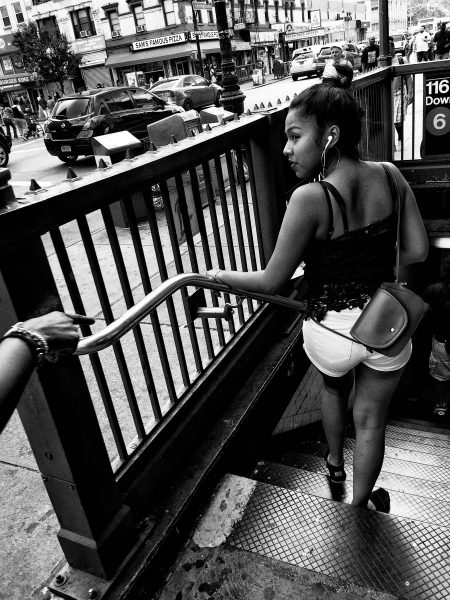 Whether you’re using an iPhone or any other Android or Windows phone, getting composition right will ensure your images stand out and you are gaining essential photography skills whilst improving your overall understanding of photography (and art).
So check out this fundamental guide by Photzy on “Understanding Composition“.