Getting great results in black and white from a camera phone takes some skill. The rewards though, seem to be fantastic if you have the patience and time to devote to it. The real challenges in this photography niche lie in both composition and post production due mainly to the limitation of the medium. 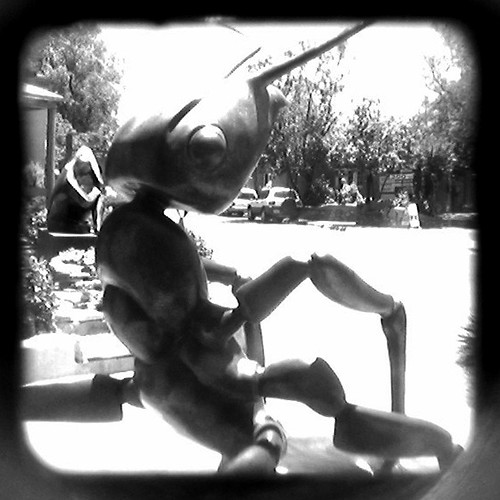 In general terms there are a few things you are going to want to think about when you are embarking on a quest to take great black and white photos with a camera phone. These are some of the more obvious ones:

B&W Camera Phone Photography Flickr Group – Another great Flickr group that produces some sensational shots (like the one above). It shows you exactly what can be achieved using camera phones as well as gives a lot of ideas for subjects and compositions that you can try to replicate.

How to Create High Contrast Black and White Images in Photoshop – A great step by step guide for converting your colour images to black and white. Not specific to camera phone photography, but the post production process in Photoshop can be applied to any digital image – be they from a camera phone or a DSLR.

Let’s not make any mistake – camera phone photography in black and white is going to be tough. But if you eliminate as many random variables as possible by adhering to the general rules of photography and then hone your post production skills, you will still be able to come up with pretty good photos. Don’t be afraid to try!

I think that overall, the same rules apply on phone photography and “regular” photography. After all – All images go through one editing software or another.

@Ilan – Yeah, i think you’re right, but I would say it becomes far more important to adhere to the classic rules when your equipment is as limited as a camera phone.

Excellent article and the photographs are amazing.

Many photos are “currently unavailable” on Flickr, so this message appears here instead of the pictures… 🙁