Portrait photographers, are you excited? The Canon EF 85mm f/1.4L IS lens is going to be announced soon. 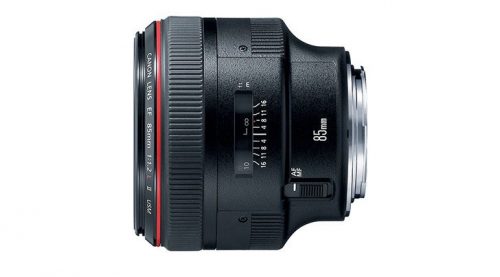 This will be a tremendous improvement for portrait photographers, many of whom have been discouraged by the chromatic aberration and autofocus issues in the Canon 85mm f/1.2L lens. Despite this upgrade, the 85mm f.1.4L won't replace the well-loved 85mm f/1.2L. Instead, it will complement its $1,800 sibling and provide Canon users, especially portrait photographers, with more opportunities to take the best photos possible.

At f/1.4, this lens opens up to allow in a lot of light. That means you can use slower shutter speeds (especially with the built in Image Stabilisation (IS) of this camera) and also means you will be able to achieve a very nice bokeh (see how here). The IS also means you will be able to hand hold this camera at much slower shutter speeds compared to its non-IS cousins and while still avoiding accidental motion blur.

What's the Competition for This Lens?

As thrilling as this may be for photographers, it's a new competitor for Sigma's 85mm f/1.4 ART lens and Tamron's 85mm f/1.8 lens, both of which can be bought for $1,100 and $870, respectively. However, all three lenses share similarities, pointing to the fact that, perhaps, Canon is just catching up with other companies to satisfy its customers. Sigma's 85mm f/1.4 has a super multi-layer coating and a rounded, 9-blade diaphragm. The Tamron 85mm f/1.8 has a fluorine coating and a fast aperture with image stabilization.

When is it Coming?

Though the price and release date of the 85mm f/1.4L are yet to be announced, many are expecting it to both challenge a variety of high-end lenses and award portrait photographers with excitement, inspiration, and successful improvements.

What do you think of this lens? Share your opinions with us in the comments!

The critical point is the price of the new lens.