Free software. In the past, this phrase to many of us suggested, poor quality, clunky and inefficient. Time have changed however and in the photographic world there is a veritable abundance of excellent, powerful software for the princely sum of zero. Not only are there editing programs, but also fully featured image management software. Today we are going to take a look at five of the best programs that you cannot buy.

If there was ever a program that typified my opening paragraph it is GIMP. Standing for GNU Image Manipulation Program, the early incarnations of it were hard to fathom, unintuitive and limited in scope. From its very beginnings it has loosely based itself as a Photoshop alternative and today it truly is. Some of its more powerful and recent additions include: Layers and Channels, unlimited undos, as well as the full arsenal of photographer’s tools such as brushes, cloning and a range of filters to rival Photoshop. In the last couple of years, the remaining bugbear, it’s interface has received a major overhaul, making it a real rival to its payware equivalent. 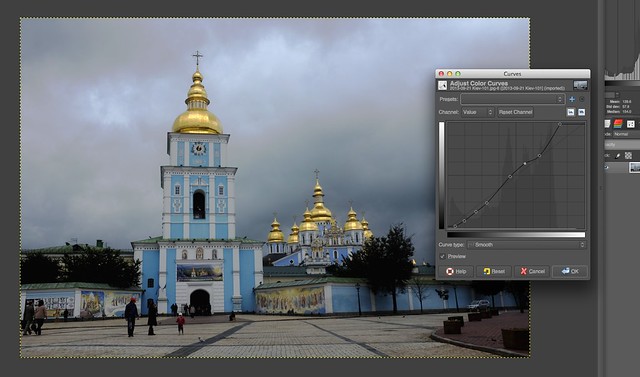 Gimp will look familiar to anyone that has used Photoshop

Although a Windows only program, this excellent free app should not be confused with it’s Microsoft namesake. Like GIMP, Paint is a fully featured, powerful editing program that can be used as an alternative to Photoshop. Again, pro level features such as layers and clone tools are included. The interface is a little dated, perhaps not as good as Gimp but it is certainly usable and features a similar layout and icons to Photoshop.

New to version 3.0 of Paint is a transparency mode. Similar to Photoshop’s blend modes, this allows you to try different methods of merging two layers together.

Although its name might sound like a hack psychiatrist, Rawtherapee is in fact a fully featured RAW processing app and image editing program. Available for Windows and Mac OS X, this software has a very professional and slick looking interface that not only supports a wide range of RAW formats, including very recent cameras, but also a comprehensive list of editing tools such as curves, highlights, shadow denoising and advanced sharpening. Its closest payware rival is probably Lightroom although Rawtherapee lacks some of the image management tools that Adobe’s program has.

Perhaps even more like Lightroom than Rawtherapee, Darktable is an image management and raw processing app. It enables you to catalogue, caption and keyword your images in a database then carryout advanced non-destructive editing on those images. Featuring Modules, similar to Lightroom, some of the features include highlight reconstruction, fill light, a zonal exposure tool based on Ansel Adams system, channel mixing as well as an array of filters and image enhancement tools.
Darktable is a true cross platform app, supporting both Windows and OS X as well as several different incarnations of Linux. 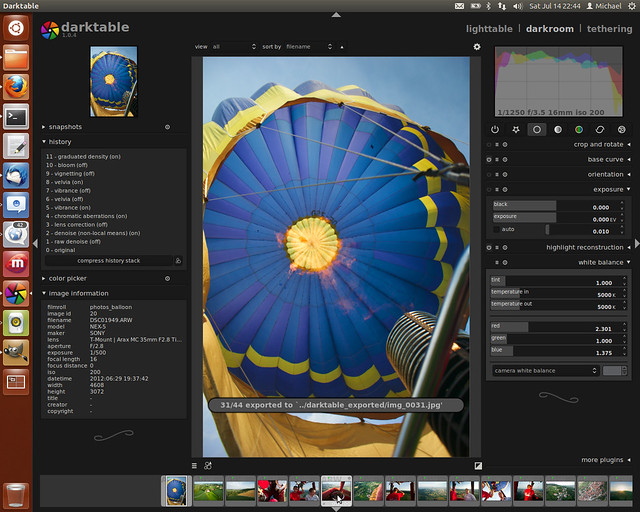 Darktable is an Aperture/Lightroom rival and truly cross platform, by Michael Fötsch, on Flickr

Perhaps a jack of all trades master of none, Picasa is an image management, editing and sharing program from Google. Its image management is relatively basic but whilst does support a decent number of RAW files, it lacks the depth of Darktable. The same can be said for it’s image processing tools. The basic editing tools are there, but it lacks things such as tone curves and layers. Where is excels of course is in its image sharing, which is tied very closely to Google + and the Picasa Web Albums, a free storage and showcasing site. Picasa is a good choice for this of you looking for simple editing and cataloguing but will be limiting to the more advanced amongst you. 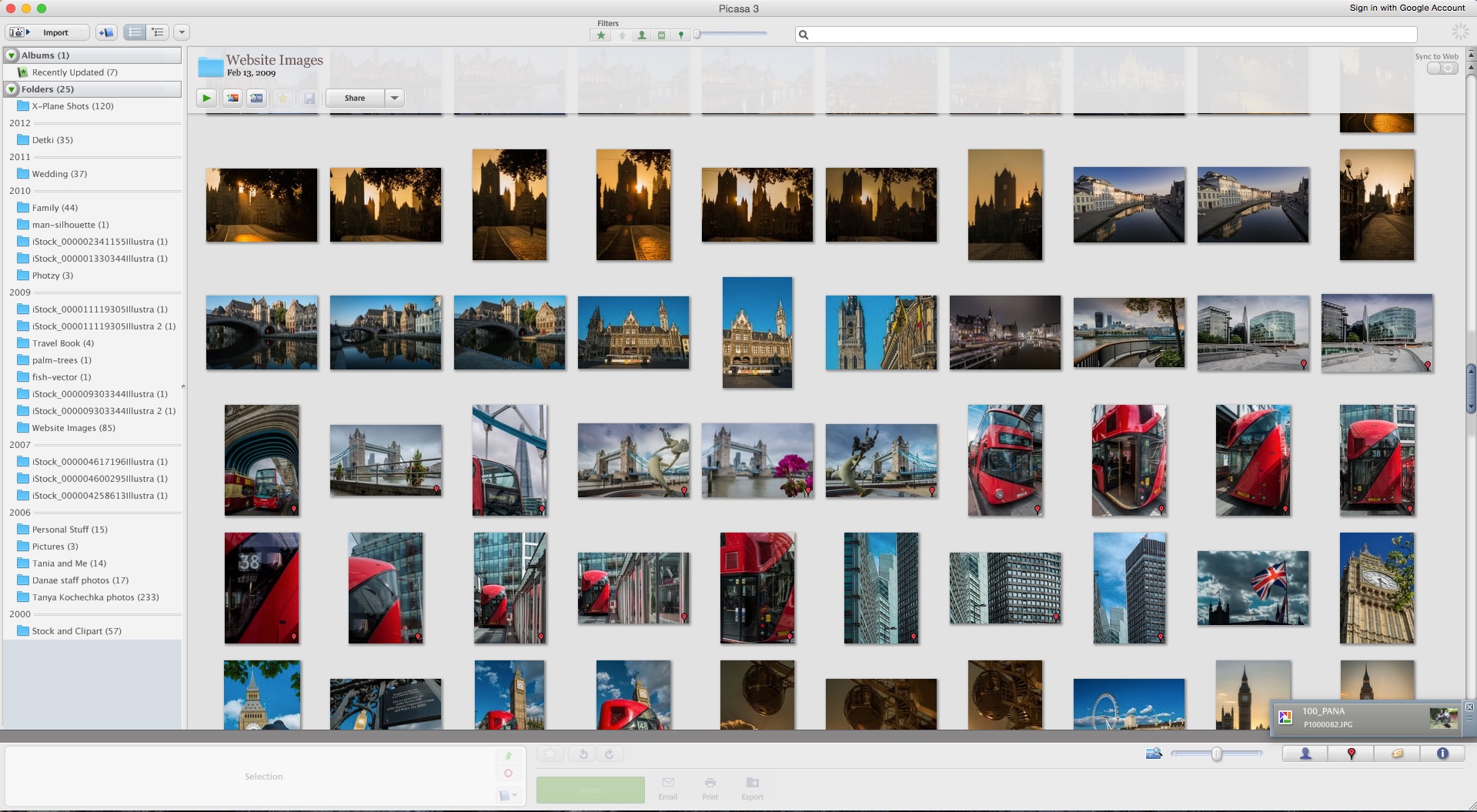 Picasa is perhaps more suited to the casual photographer

There is of course many many more free photographic apps out there. Not only for traditional computers but also for tablets and phones. The five listed above are just the tip of the iceberg for free photographic software but possibly represent the best of those apps. Amongst them there will be something for everyone.

Jason, very nice article. I am currently a lightroom user. My question is this. Do you know if it’s possible to convert from LR to any of your suggestions and bring across all the adjustments as well. So that I would see all the post processing work I have done. Otherwise changing to another program is not really feasible.

According to Darktable’s website, they do not support Windows unless you want to use a LiveCD.

After zillons of articles about Lightroom, is refreshing to see some open source coverage.
Gimp is my main tool in the last 10 years, and I love it.
Would like to see some “How to” about DarkTable, I still use RawStudio.

I find Lightzone a more comprehensive, easy to use and exciting post processing freeware than GIMP. I do not know why very few people use it.

What about Raw Photo Processor?

According to Darktable’s website, they do not support Windows???!!!

I have always used Photoscape, and over the past four or five years have learned to make the most of this free easy-to-use software.

Have tried to install Rawtherapee 4 times. Every time it stops working after it has loaded around 10.000 pictures what a waste of time!. Writing articles is one thing – doing it is obviously another!
grtz