Let’s be honest, if someone mentions landscape photography to you, most people immediately think of beautiful sweeping vistas, majestic coastlines with surreal water or cascading waterfalls in the middle of nowhere. Rarely do we think of side streets in a city or other man made locations. The fact is though, cities and towns are replete with landscapes, urban landscapes and these can be every bit as dramatic or as intimate as a rural landscape. Today we will take a look at how to shoot the urban landscape.

Like rural landscapes, perhaps even more so, urban photography thrives on good light. Unlike the rural areas, cities are almost always busy and bustling. However, there is one time of day when the light can be perfect and the streets deserted, dawn. In the summer be prepared to get up very early to catch the morning light. The streets will be quiet and hopefully clean. The light will be golden and soft. Look for scenes that compliment that light, the pastel colors on a limestone building or the reflections off a city river.

As the sun rises, the urban environment comes to life and a whole new area of photography opens up, capturing the hustle and bustle of people rushing to work. At the end of the day, the golden hour gives us another opportunity for spectacular cityscapes but perhaps the best time of day is the blue hour. The city lights come on, vehicles switch on their headlights. With a tripod, slow shutter speed and a little creativity, the urban landscape in the blue hour is a photographer’s dream. 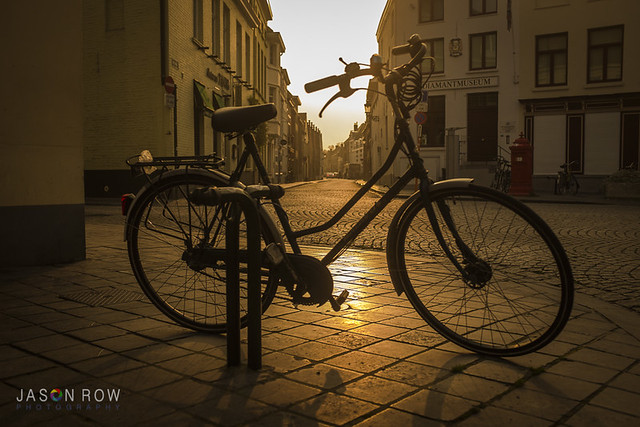 By this, I mean don’t get fixated on the idea that an urban landscape needs to be a big sweeping vista. It can be, but equally it can be the little details in a city that can make a shot unique. A close up of the yellow light of a black London cab can equally tell you this is London as much as a shot of Tower Bridge. Cities are incredibly intricate and minutely detailed places and looking for those small, unique details can help avoid the cliched, postcard shots. That said, there is always a place for the cliched shot. After all, they have become cliched because they look good, so don’t be afraid to try them. 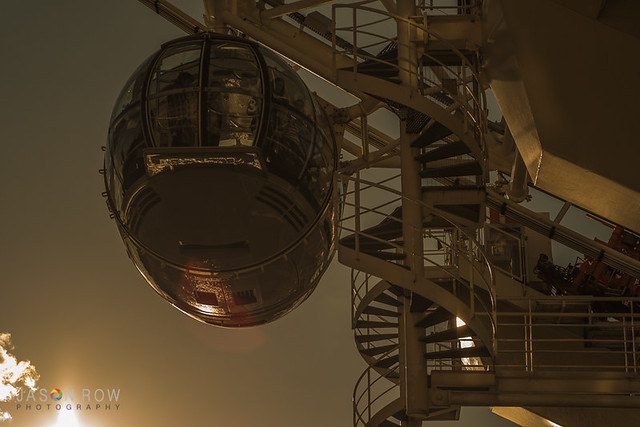 An iconic location yet only a detail of it. Photo by Jason Row Photography

Modern cities contain a plethora of contrasting visuals. The old church surrounded by modern skyscrapers, the beggar being passed by the wealthy, a teenager sitting next to a pensioner on a park bench. The urban environment contains many contrasts and these contrasts are not only inspiring to look for but can help define a city. 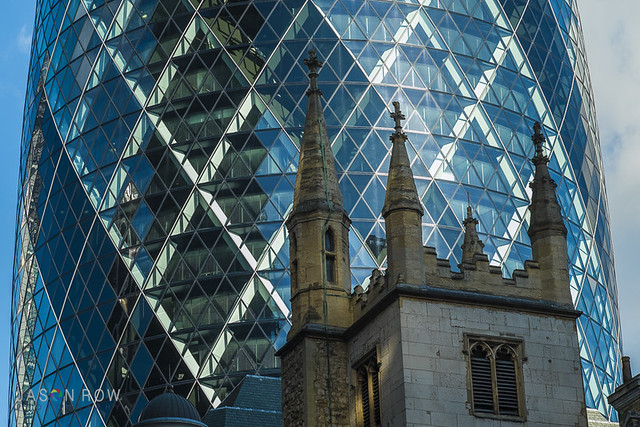 Following on from contrasts, cities are full of color and can also help define the look of a city. Look for color contrasts to make an image pop, the yellow of a New York cab against the blue windows of a modern building, a traditional British red telephone box surrounded by the green foliage of an urban park. Don’t be a afraid to move in close to isolate color and color contrasts, use a long lens to pick off details in your shots. 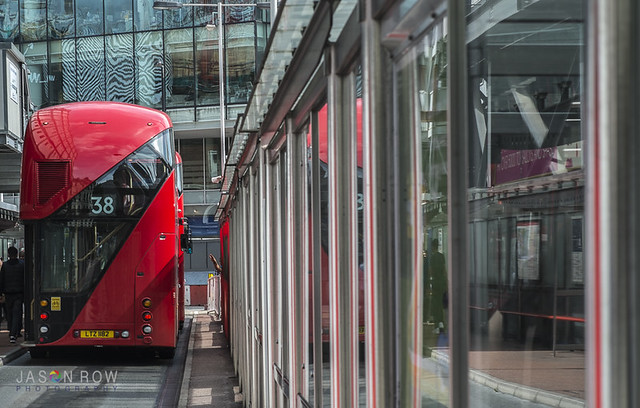 Every city has iconic colors. Photo by Jason Row Photography

Cities are full of all human life. Try to convey that energy in some of your urban landscapes. Use slow shutter speeds to convey the motion of a city. Isolate individual faces in a sea of people using a shallow depth of field. Try to show people in relation to their environment too.

6. A Different Take on Iconic Locations

If you want to take photos of an iconic location and want to avoid cliche shots, think a little out of the box. Rather than using the location as the main subject of your shot, leave it as a background or just hint at it in the shot. This can be done by careful framing and the use of a shallow depth of field. Leave enough in the shot for the viewer to identify the famous location but make sure the eye is drawn to the main subject matter.

The compositional rules for a good urban landscape are very similar to a rural landscape. Leading lines are often plentiful in a city environment, as is foreground interest. For the more advanced amongst you, challenge yourself to finding shots based on the Fibonacci golden spiral. This compositional technique is a great way to lead a viewers eyes around an urban landscape. 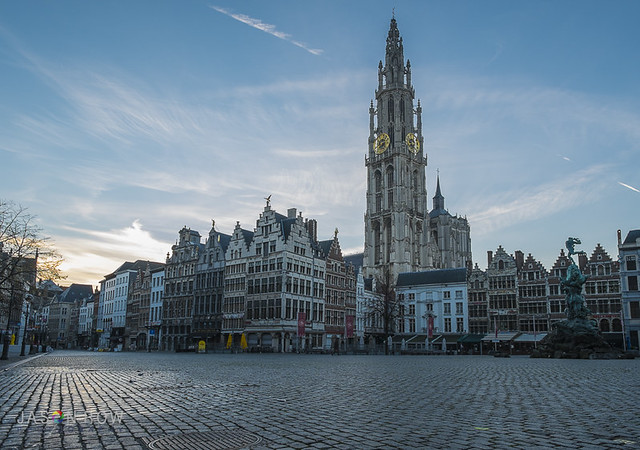 All compositional rules apply to the urban landscape. Photo by Jason Row Photography

Shooting the urban environment has limitless potential. Cities abound with photogenic locations and scenes, sometimes the difficulty is not what to shot, but what not to shot.

Although basic, if one concentrates on each item described herein, you could become a great photographer. I plan on doing just that starting today! Thanks for the great advice!

Many thanks for the tips.