Oh boy, this one is going to upset a few photographers. Google have slyly “announced” that they are about to cease updating the Nik Collection of software. Actually, it wasn't so much an announcement as the simple adding of a banner on the Nik Collection site that added, “We have no plans to update the Collection or add new features over time.” 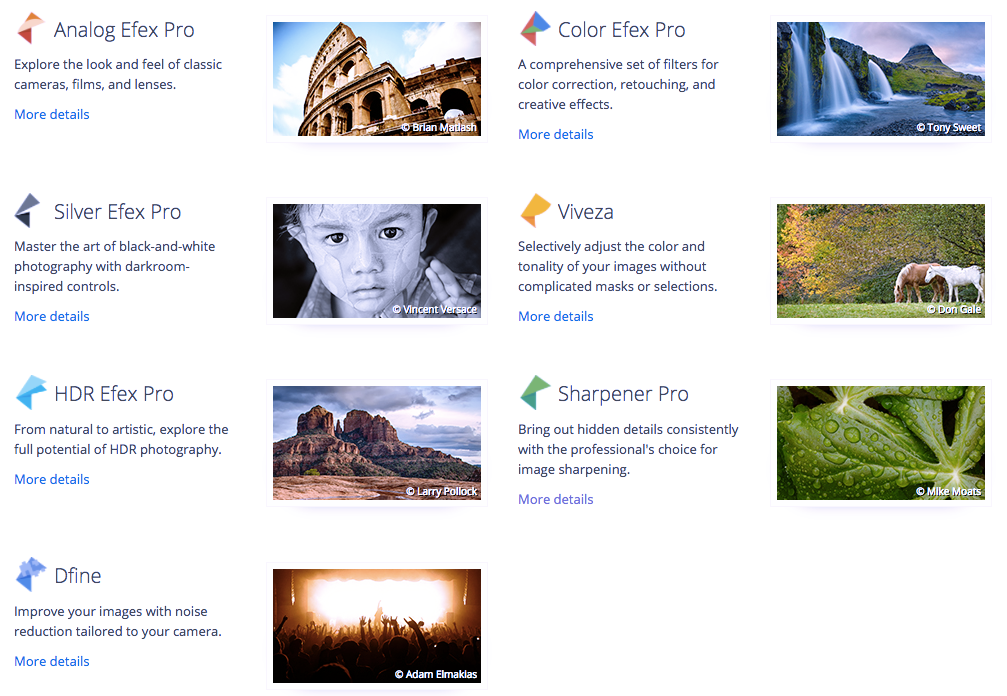 If you're not already familiar with the software, the Nik Collection is a collection of software available as plugins for Photoshop, Lightroom etc that adds the ability to use some very slick effects such as better sharpening, HDR, some monochrome effects etc. It's actually quite handy and is a big part of the work flow for a lot of photographers.

The Nik Collection was started by a company that was acquired by Google in 2012. The product then went from being almost a $500 product to being a $149 product and then to being totally free in 2016 and its popularity exploded. Of course, the very popular app, Snapseed, was also acquired in that 2012 deal and it goes from strength to strength and was obviously a big part of Google's decision to purchase the company. “Mobile first” and all that.

At the time of the change from paid to free, Google even gave us a taste of the future with it's announcement – “As we continue to focus our long-term investments in building incredible photo editing tools for mobile, including Google Photos and Snapseed, we've decided to make the Nik Collection desktop suite available for free, so that now anyone can use it.”

This latest (non?) announcement regarding the ending of support for Nik software is going to leave a lot of very disappointed photographers, but highlights on ongoing issue for folks who adopt and rely on third party software as part of their post-production workflow. The sad fact is that a lot of third party plugins get discontinued for one reason or another leading to photographers having to make alternative plans with different plugins, remain on older versions of the parent software (in this case Photoshop and Lightroom), or simply abandon the plugins. Not really a good set of choices.

On the bright side, Google hasn't said it is retiring the Nik collection, so hopefully it will still be available for download indefinitely.

Read More About Google's Plans to Abandon the Nik Collection

As soon as they made it free I knew it was only a matter of time.

well I paid 1200.00 nzd for it a plug in in Nikon nx capture 2 and now thats not supported . at least google is free. but not as good as in as nxcapture 2

Yup. As soon as it was free, it was over. Why did they buy a perfectly good company making great photo editing products and then abandon it? Yet another reason to hate google and others like it. Cretins, only after $$$ and control.

Why? They needed the patents and technology used in NIK software to make Snapseed better, would be my guess.
Or they have incorporated it in some of their online photo editing tools?
Anyways, as others have already said, as soon as Google made it free, it was over.
I haven’t really used NIK software that much myself. I used the Topaz Labs plugins for a while, but ended up using Lightroom for almost everything.

This isn’t really news. I heard this announcement about a year ago I think. As far as I know the download is still available. I was disappointed to find that NIK does notg work with RAW files, unless I’m missing something.

I’ve never had a problem using Raw with Nik, at least with DNG files.

My workflow is completely opensource. Rawtherapee, Gimp, G’mic is all I need really.

Could someone do an article on alternative plugins, free and paid?

It is extremely sad that google has made this decision. I was highly dependent on silver eff pro for my black and white photos.
I am deeply saddened by this decision.

Although this was a given once Google announcement that the NIK collection was free. It is too bad that a quality product is being shelved.

I think the best advice is to not get too dependent on plugins and use Lightroom and Photoshop or whatever main photo editor someone is using to their fullest potential. I found On1 Photo Raw is a really good ‘plugin’. I can be used stand alone also. yes it does cost money but it’s still a decent program.

May Google burn in Hell. I loved Nik software – Define, Sharpener Pro, Silver Efex Pro and HDR Efex. These were wonderful programs, non better, until Goolge gots its hands into Nik. May they burn in Hell

This blows…
Any advice on sharpening and defining software to replace the nik versions?
The analog efex too for that matter.
I pretty much used the whole suite depending.