The sad truth is that majority of the clients I’ve worked with and most of the people I know (both non-photographers and people who want to be photographers) don’t actually know what a photographer really is. Yes, they are all aware that this is the person who takes the photo, but that is the extent of their understanding.

That being the case, this article has been written to showcase the life that we photographers have, and what  we actually do. First of all, let me make this clear: I don't mean to offend anyone or sound like I'm just here to complain. I'm writing this with the simple and honest goal of helping people who don’t do photography to have a better understanding of the job.

In my personal experience I’ve learned that people often ask for photographers to work for free because they compare the profession to snapping pictures with their smartphone. Since that is a fairly easy task, the work that professional photographers do is devalued. 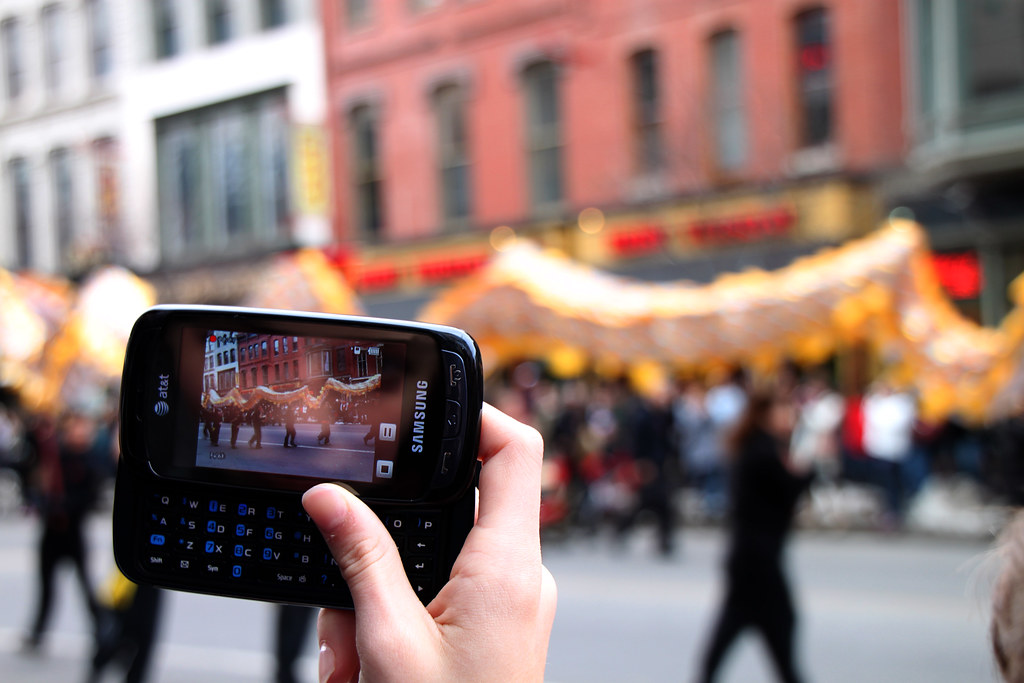 Here are some things you should consider before pitting your personal opinion against the value of the work that a professional photographer does.

Taking half a million selfies and loads of other pictures with your smartphone cannot be compared with the time and effort that a professional photographer has put into mastering the art of photography.

You might see photography as a mere art of pressing a button on a fancy camera, but if you (as a person who has no knowledge in professional grade cameras) were to wield that thing, you’d realize that it is not an easy task.

Additionally, all the variables that photographers need to work with are really overwhelming, but not everybody is aware of that. Professional photographers dedicate their lives to photography, and so that is what they do, all day long. It is the same case with an extremely proficient individual in any other career. Take, for example, a professional chef – it is not the fancy pans that make that a meal appetizing, but it is the experience and knowledge of the chef which results in culinary masterpieces. 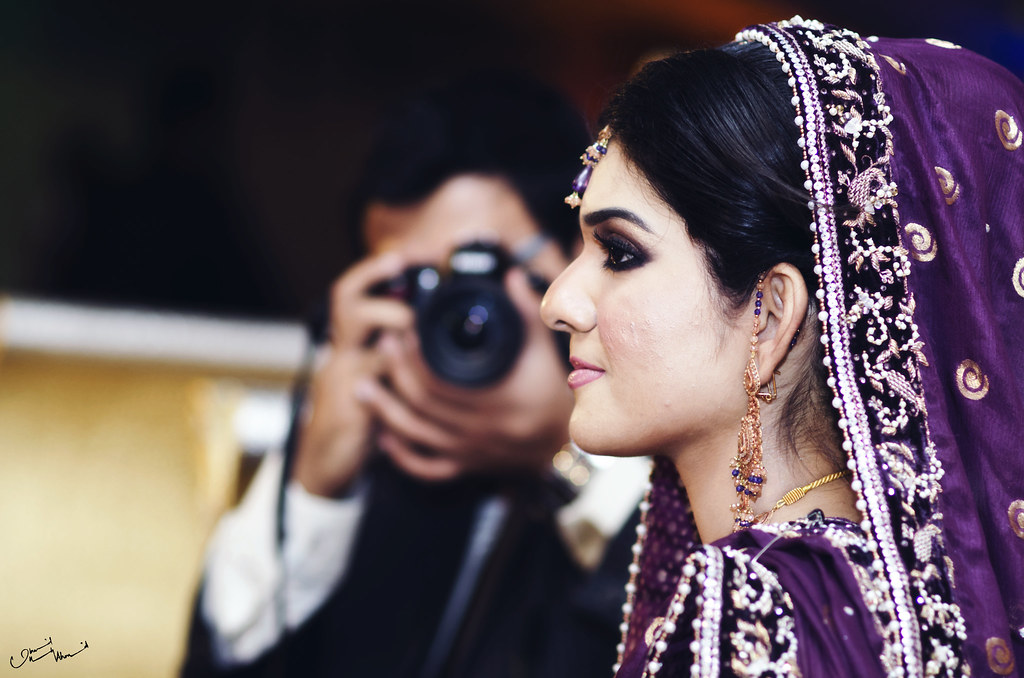 Professional photographers are more aware of their surroundings than those who don’t practice photography as a career. This doesn’t mean that they are able to stop an arrow in mid-flight like the people with super-powers shown in the movies, but chances are that professional photographers will notice a greater number of moments worth capturing than a non-photographer would. Add to this the experience they have in the field. They will certainly be ready to capture the right moment and surely will have a greater success rate in turning out pictures that are usable and professional.

After hearing my example of the skilled chef, you’d probably say that the gear doesn’t make the photographer, and you would be right. But more often than not gear is crucial to what photographers do. For example, a smartphone flash will illuminate a photo just enough for the face of the subject to be visible in low light situations, but that small light source will make the light so harsh that you won’t probably like any of the photos you take.

However, a photographer with his professional-grade camera and flash will be able to simulate more natural-looking light and capture enough ambiance in order to capture the best of that situation. As an added bonus, the experience he has will enable him to do it from the first try. When a photographer is having a bad day, he may need a second attempt at the picture, which still surely beats the ten or more attempts needed on an iPhone. The advances in lens and camera technology allow photographers to utilize multiple techniques to create unique images – techniques which smartphones are not equipped to do, such as selective focus.

Imagine what would happen if you had your wedding photographed with a smartphone wielded by a person who knows nothing about photography except what the camera icon looks like. Imagine how the resulting wedding album with its weirdly cropped and grainy images would look. Now imaging what a professionally-crafted wedding album looks like, being created by a photographer who loves his job of looking through the camera and making sure that your images are the best that they can be. This is what we photographers do. We deliver quality because this is art.

At any major event, be it a wedding or some other kind of ceremony, you are there as either the host or the guest. Whatever your reason for attending, your purpose is to participate to some extent, having a good time and socializing with the people you love the most. Wasting precious time at these events by staring at your smartphone just to snap a photo is not okay. When a professional photographer is there, you don’t have to worry about snapping shots yourself and you can spend all the time with the people you care for. This is the added bonus that accompanies the fact that the photographer's photos will be of a greater quality than those of someone with less experience.

Professional photographers, much like professionals in any other field, invest a great amount of time, money, and effort in what they do. Devaluing their work is just rude and ignorant. Just as you wouldn’t want anybody to devalue or voice a lack of appreciation for what you do, professional photographers who take pride in their work feel the same way. So if you’ve stuck with me until this point in this article, I leave you with one simple question: how would you feel if your work and passion were devalued and discredited?

I am on youpic where you down load your pictures and evaluate each other pictures so we can improve, My wife passed Feb 9th of this year and we wear setting on the couch talking our bucket list she wanted to take a trip on cruise ship and I wanted to get back in to Photography and a week later she passed a way from a heart attack so I am take pictures in her memory Her name was Tammy and I miss her every day. Thank you Paul Tetloff

Paul, I am so very very sorry for your loss. I wish my words could bring even a tiny measure of comfort.

So very sorry for your loss Paul. I post on YouPic too.

Great article
I have been depressed to say the least as the wave of digital technology and cheap selfie cameras and the devastating devaluation of our industry.
But at the same time I get discouraged about the social media vs ccpyright negotiations that add value vs stripping the name from the work as many social media sites do.
It is a balance.

I have given up on my website as there are so many other ways to post but at the same time what to post and not allow to be stolen vs being paranoid and not promoting and marketing your work properly.

So as a filmmaker, and photographer and writer I am trying my best to fit in with the industry and not hurt the industry by taking jobs that are too cheap or free of charge.

This goes for any craft, be it cinematography or editing on Final Cut Pro

Thanks for the article

At least I was inspired to respond

For instance I know a man and wife who sold $16,000 in invisible art. It is index cards with described art on the back ….people actually paid for this crap

That is what makes me ill

So I heard don’t use Instagram by a famous attorney

The wedding photographers too using Instagram to get new clients

And selfie fashionistas gettin $10,000 because they show pics of their skinny ass wearing a certain brand of shoes

It’s no longer considered selling out

It’s called setting Youself out among the noise

So I will stop here

I can maybe get a fee from a group of families

But the gravy train days of selling packages is long gone

Thank you so much for this article. Some of these reasons are why I stopped shooting professionally. Everyone wanted something for nothing or wanted me to make my photos look like another photographer’s work. Nope! I’m me, I shoot from my perspective and refuse to copy someone else’s work! I put many years into learning how to photograph the right way and I started with a film camera and dark room.

Never give up!… I am always encouraged to meet photographers with a bank of knowledge like you.

The fact is that cameras today offer levels of sophistication and image quality undreamed of even thirty years ago Unfortunately, this has given rise to the notion that ‘anybody can take a photograph’.

Wrong. Anybody can can take a picture. Not everyone can create a piece of art.