“What the public criticizes in you, cultivate it. It is you.” — Jean Cocteau

When you work in any creative or artistic capacity — whether you earn a living from it or not — you’re an easy target for the negativity of others. The moment you present to the world the creation that you’ve put so much time and effort into, you can be sure the critics will emerge in force, prepared to pounce all over work. 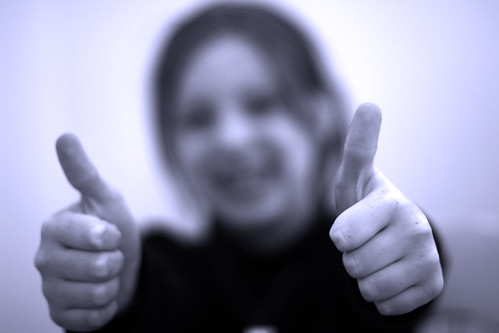 Within the scope of the professional sector, I can accept the fact that critics are a necessary evil. They earn their living by being “experts” in a particular field, even if they don’t participate in contributing creatively to said field. They get to rant about and denigrate things that don’t conform to their specific, often far-too-narrow standards, and they convince the casual observer that what is being said is objectively true and valuable. The professional critic knows exactly what they are talking about, right? Not necessarily. Being a critic just means you get paid to have an opinion — and you know what they say about opinions.

Then there are those who don’t get paid. They love to stir the pot for free. They pop up in the comments section of your blog or website or your Flickr page and proceed to tell you everything that’s wrong with your work; how you should have composed your shot; how you should have written that last sentence; how you should being using Lightroom instead of Aperture. And you can’t help but wonder, if these people have such strong ideas about how everything should be, why don’t they just retreat to their little corner of the world and leave those who are socially well adjusted alone? I don’t know — too much time on their hands, insecurity, superiority complex; there is probably a pretty broad set of psychological implications to account for when considering this question. So I’ll leave all that for another time and place. 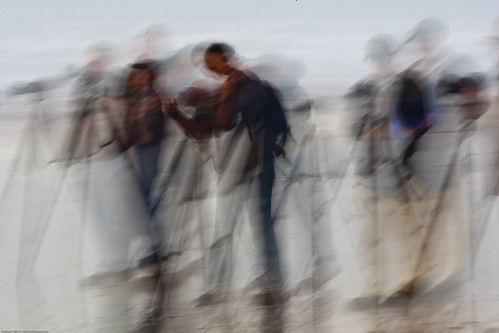 Abstract – Photomorrobay photographers in one-second blur-exposure by mikebaird, on Flickr

What about constructive criticism?

Are you looking for effective strategies on how to deal with negative criticism? Here’s a short list:

And if you’re one who tends to go around disseminating unsolicited, mean spirited criticisms of others’ work, just remember that no one has the right answer to everything; in fact, in art, there is no “right” or “wrong.” You’d be wise to learn from and be inspired by everything you see around you; you may find yourself rethinking your views, changing your mind, reevaluating your process.

But you can’t grow if all you ever do is play the role of a critic.

I don’t mind criticism so long as an explanation is given … in fact it irritates me more when someone leaves a comment such as “nice” ;-))

Makes for an excellent read and what good advice- thanks Jason!!

I can think of quite a few folk that would bebfit from reading this article..lol

I teach photography and actively encourage criticism of my own work and celebrated practitoners of Photography which I show to students, but I insist that be their criticism good or bad they have to explain the ‘why’ inherent in their critique.
This gets them to think on the rationale and thought processes which made them come to their conclusions, and as a result is all part of their learning cycle.
As Andy says ‘nice’ isn’t good enough to start a discussion on the merits of a Weston.

This is why I no longer post on a photo site whos name wont be mentioned. I became a lifetime member, and I did learn a lot there, and I appreciated constructive criticism, but some of it was over the top, and really just a personal opinion. And sometimes the opinions were stupid, ill informed or biased. They would take other peoples photos and slice them up, often heavy crops and treatments that made me realize they didn’t have their monitors calibrated properly, or were just being wads. Criticism was often destructive, vindictive, opinionated with no reasons other than a kind of grandstanding, they came across as cold, and mean spirited. Also they aimed their most harsh criticism at amateurs. If one of the pros dropped in with a photo, the mods would fall all over themselves to fawn over the capture, even if it was well, kind of poor. While I have enjoyed the camaraderie of FB and website postings, I know that i have learned more from reading books, taking seminars, and courses, than I have by posting my photos and have someone suggest I should increase the contrast or crop it on the left side or…hey nice photo.

Wow that is so true how people can just out of the blue critique your work without even being asked, it’s amazing . As an artist you learn to filter out the negative and go with your gut. Jason i loved the article don’t stop what your doing!!!!

Thanks for reading Stacey, glad you enjoyed!

Great article Jason, and so true. I have learned (and still do) a lot from constructive criticism, although I must admit it does take some swallowing from time to time. It does force you to look at things differently and that is a good thing. I’ve noticed that critique in a questioning way works for me. E.g.: “have you tried the focus a little more to the left? That might make your image even more interesting.” (or something like that).
I try to, if I ever leave a comment, do it that way. It’s nicer and doesn’t feel like one is being “attacked”.
I’d like to add to your article that I’m turning into the biggest critic of my own work. Whereas I used to save practically every photo I made, I’m rejecting and deleting more and more. (Unintentionally) putting the bar higher for yourself can be a pain in the butt too! 🙂