I'll be the first to admit that an iPhone pails in comparison to a DSLR. That being said, I'm also a firm believer in the old saying that the best camera is the one that you have with you. Let's face it, as much as I'd love to walk around wielding a fancy DSLR at all times, sometimes it's only me and my phone. Plus, it's just plain fun to break out the iPhone for a spontaneous shot-from-the hip photo adventure every once in while. If an iPhone is all we have to work with, then we may as well fine-tune our craft to using one.

Get Your App On

One of the beautiful things about the iPhone is all the apps that are available for it. Photography junkies everywhere will rejoice in knowing that there are 1,000's of photography related apps in the app store– many of them being free. Of course, all those choices will also make it more difficult to decide between them. It's easy to fill up your device with apps. Experimenting with new apps is good, but be sure to clear out the one's you don't use, it'll leave you more storage space for actual photos. 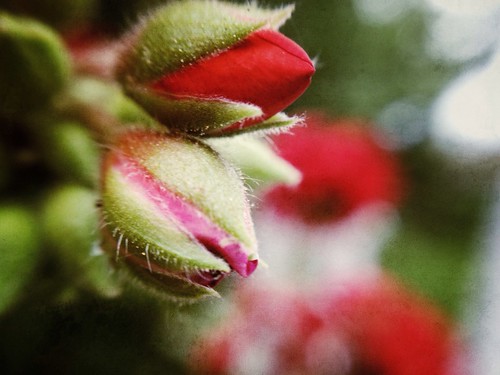 One of my favorite paid apps comes from no other than Nik Software. Yes, the same makers of our beloved Efex Pro software makes an equally usable iOS app called, Snapseed. The handy app will allow you take photos or import them from your library. It features all the basic adjustments we could want like selective adjustments, straighten and rotate, and cropping. Once you have that stuff out of the way, there are a wide assortment of creative filters you can add to the picture including the ever popular tilt-shift. There's also built in social media sharing options, so you can post your work seconds after taking it. It's kinda of a one-stop app. If you're looking to build up your aresnal of apps, I suggest starting with Snapseed and then grab up any of 10 Unmissable Apps for Ipad and Iphone Photographers

Don't Forget About the Settings

Once you have a variety of apps –some will be better than others on certain occasions– to work with, it's time to make sure your device is setup for success. Check to see if the apps your using allow you to adjust the image quality and make sure it's set to its highest setting. Since you're working with a limited amount of pixels, you'll want to make sure you are fully utilizing all that are available to you. Next, make sure your lens is clean. It's easy to forget about the little guy, but think about all the things it comes in contact with throughout the course of the day. The lens can get smudged up rather quickly.

When you're holding your device and setting up the frame, be sure to hold it firmly in both hands for stability. Try to refrain from holding your arms out like a zombie and fighting to see the screen from arms length. Bend your elbows and bring the screen closer to your face so you can more easily see all the details. You'll be amazed at what a difference this makes in your composition. Also, avoid using the zoom tool. It drains the resolution and sends any hope for a decent picture quality out the door. If at all possible, physically move closer to your subject if you need a close-up.

Speaking of close-ups, it's worth mentioning that multiple manufacturers are now making lenses for handheld devices such as the iPhone. While they're not necessarily turning your camera phone into a full fledged DSLR, the lenses do bring it that much closer. There are all kinds of options available ranging from a macro lens that attaches to your phone using a rubber band like strap to a fixed telephoto lens that attaches using a hard case and is reportedly the equivalent of putting a 500mm Sigma on your iPhone. For toy camera enthusiasts, there's also a Holga filter attachment and fisheye lens that almost anyone could have fun using. The lenses are fairly inexpensive and some even come with a bonus tripod– another tool that can be invaluable to your iPhoneography. The photo below was taken by holding an iPhone to a pair of binoculars and snapping a picture. The possibilities are really endless. 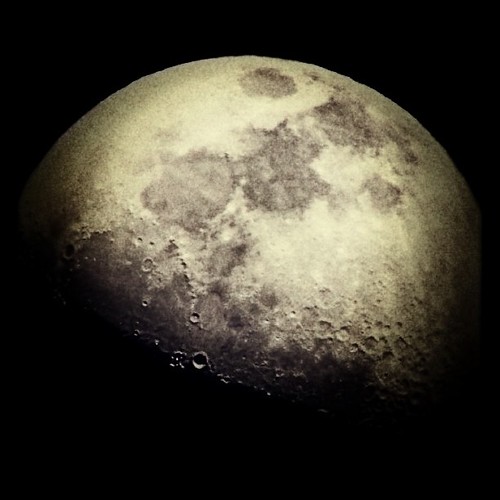 My favorite Moon shot taken in Carmel California with an iphone4 and a really strong set of military binoculars!  by gogoloopie”, on Flickr

When taking photographs with your iPhone, bear in mind it's weaknesses and use them to your advantage. In low light situations, shutter lag is mostly unavoidable, which means that it's the perfect time to experiment with motion blur. Try snapping a few shots while simultaneously moving your phone. Many great photos have been made this way. Compared to a photograph taken with an expensive DSLR, an iPhone photograph will inevitably appear grainy. The grain lends itself to using filters and applying various effects during editing. The success of apps such as Instagram is widely based on the fact that giving the camera phone photos a vintage feel perfectly compliments their relative graininess.

Part of what iPhoneography– much like traditional photography– is all about is experimentation. Think outside the box with your shooting style, your composition, and in editing. There are so many great apps available for photo editing directly on your iOS device, the need to open them in Photoshop is nearly eliminated. Try mixing and matching apps during your editing and don't be afraid to use apps in ways other than their intended use. For example, many HDR apps will allow you to import photos from your library. By importing a couple different shots, you can easily make an artistic double exposure. Get creative and be sure to share your best iPhone shots with us in the comment section below!