You love taking pictures. You aren’t necessarily trying to make money from it, it’s just something you thoroughly enjoy — photography for photography’s sake. But one day at the zoo or at a graduation or at the beach during sunset, you slip your ultra slim point and shoot out of your pocket and are suddenly overcome with feelings of inadequacy when you look around and notice some of the impressive looking “professional” cameras that others are sporting.

Of course you shouldn’t assess your worth as a photographer (or as a person) by what camera you own. That’s ridiculous. If you’re happy with your camera and what it can do for you — or, better yet, what you can do with it — then that’s all the really matters. But some people will inevitably grow disillusioned with their point and shoot camera. Some people will see others with their fancy DSLRs and feel compelled to make a similar upgrade, not necessarily out of envy, but out of a pressing desire to do more creatively. 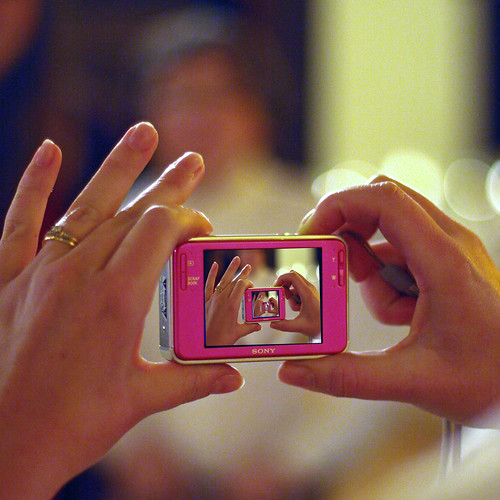 Point and shoot Escher by kevin dooley, on Flickr

Making the leap from a point and shoot to a DSLR can be a bit scary, though. Cost is a legitimate concern, some may have concerns about the increased size and weight, and there’s a significant learning curve, which is the biggest source of worry for a lot of would-be DSLR owners. Naturally, people want to feel confident in their decision to move to a more advanced type of camera. So, how do you know if you’re ready for a DSLR?

A Few Things to Consider

Among the most important factors that tend to nudge point and shoot users in the direction of a DSLR are technical performance and features. It wouldn’t be wise to make a decision simply by reading the tech specs for any given camera, but there are indeed a few related points to keep in mind when comparing and contrasting point and shoot cameras with DSLRs.

A Few Questions to Ask Yourself

Yes, those are pretty broad strokes, but they are not meant to cover every nuanced aspect of how the two camera types in question differ from one another. Instead, use those general ideas to form the foundation of questions that you can ask yourself, such as:

Can I zoom in to distant subjects as much as I would like?

The built-in lenses found on point and shoot cameras aren’t going to make the grade for any serious telephoto work. An interchangeable lens camera that accepts sufficiently long lenses is your only solution. 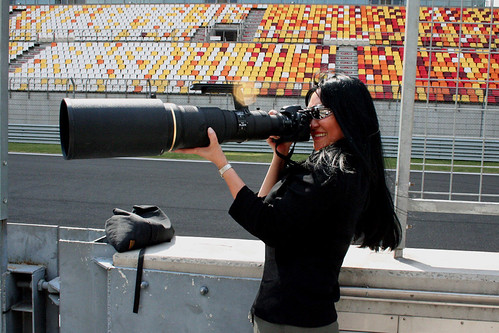 Sometimes a Spy gets Spied!!! Spy shot of me & my bazooka lens *Lol by bocavermelha-l.b., on Flickr

Do the photos I take at night come out grainy?

Even if your point and shoot has a high megapixel count, its tiny sensor is only capable of so much, as indicated by all the digital noise present in your nighttime photography. The larger, more powerful sensors found in DSLRs ensure quality results (to varying degrees) with low light photography. 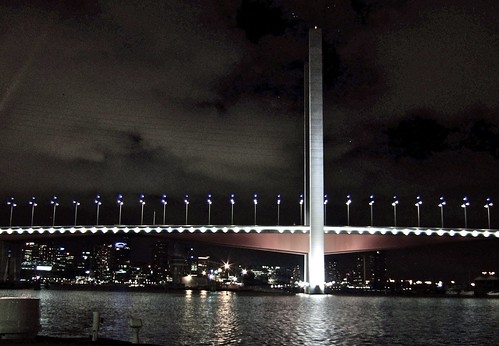 Do I miss a lot of shots when attempting to shoot sports or other fast motion?

Even if shutter speed is sufficiently fast but you can’t seem to capture your subject before it moves out frame, you’re probably dealing with shutter lag. A DSLR will allow you to capture the speedy subject virtually instantaneously. 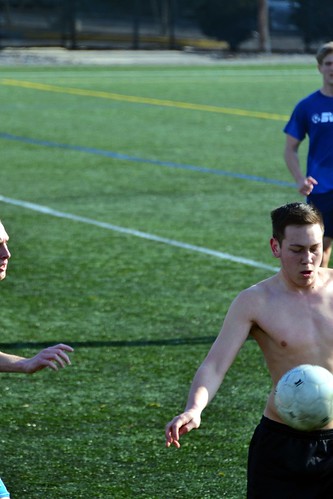 How limited am I in terms of how much editing of my photos I can do?

If you’re using JPEGs, as most point and shoot cameras produce, then you’re quite limited. Having a camera with raw file capability will allow you to use software to manipulate settings such as white balance, color temperature, exposure, and even correct lens aberrations. 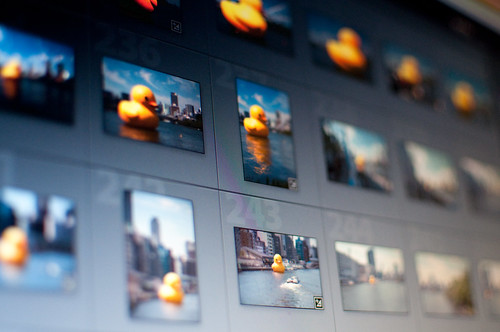 Again, these questions should serve as a starting point; surely, there are a multitude of other questions you might ask yourself about how you feel about your current level of expertise and whether your gear reconciles with that self-assessment.

Furthermore, this is by no means an effort to cast aspersions on any camera that isn’t a DSLR or to suggest that a DSLR is perfect in every way; there have been major technological advancements on all fronts and even pocket-size cameras sport many of the features found on DSLRs. Depending on your shooting style and your needs, a smaller non-DSLR may be the way to go. Good photography has more to do with the person holding the camera than it has to do with what camera the person is holding.

But the fact remains that there are those who have outgrown their “starter camera” (often a point and shoot) and are looking for maximum control over settings and output. For those individuals, strong consideration of a digital SLR is in order.

I’m an amateur photographer and I got my first DSLR camera some months ago. Now I’m teaching myself as much digital photography and post-processing as I can and I’m having so much fun along the way!
This blog is so useful and I’m learning a lot from it – great content and very well-organized. Thanks!!

Glad we can be of assistance! Happy shooting!

at present i use a panasonic fz 200 bridge camera, will the quality of say a cannon 70d be noticeable given the larger sensor? i like to photograph garden birds and the pictures are not as sharp as i would like, i have been picking up the green hedge in the background and this may be affecting the sharpness?