Most photographers, at some point in their career, make a decision to begin photographing people. Your decision may be simply to include people in your landscape photography (for the purpose of establishing scale). But many of you will want to begin, or advance, your skills in the area of portraits.

Humans, as subject matter for your photographic art, are one of the most interesting, rewarding, and challenging subjects that you’ll ever take on.

The reason is that each and every one of us is unique: unique in the way we look and unique in our personality.

As a portrait photographer you can simply place someone in front of a background, light them appropriately, and create a portrait.

This type of portrait will suffice for some uses. It’s technically fine. But, it doesn’t have the “Wow” factor.

But, as a portrait photographic “artist”, you will want to take some time to study your subject. Study their physical make-up, learn something about their life, gain insight into their personality, and then you will be able to use your photographic skills to interpret that person in a photograph.

It now becomes a Portrait with the WOW Factor!

Spend some time surfing Flickr, or Redbubble, and take note as to which portraits jump out at you.

You will generally find one to several of these attributes present in the photograph.

These are the key components that will take your portraits to the next level. 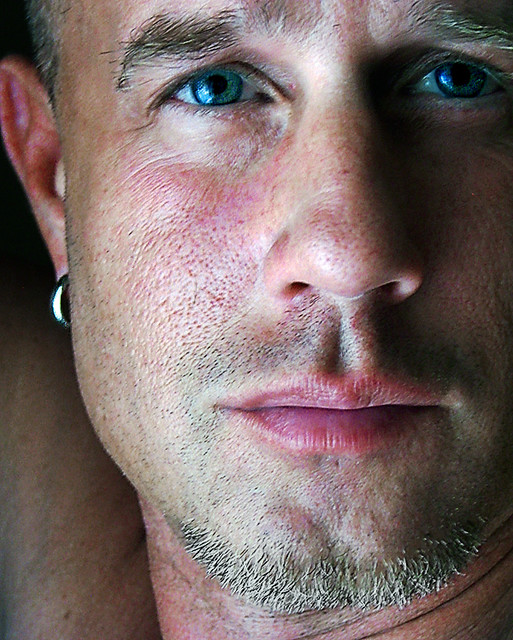 William Shakespeare once said, “The eyes are the window to your soul.”  As a portrait photographer these words are gold! The eyes will reveal reveal your subject's personality. Study your subject's eyes: work toward capturing that special, and unique, twinkle that each of us possesses.

Your subject will often reveal themselves through expression. Learn to work with them. Get those straight-forward shots out of the way, and then search for that moment when they reveal themselves to you. This portrait screams personality. You can feel the woman's mischievous nature, and she's not even looking at the camera!

Out of the Ordinary Framing 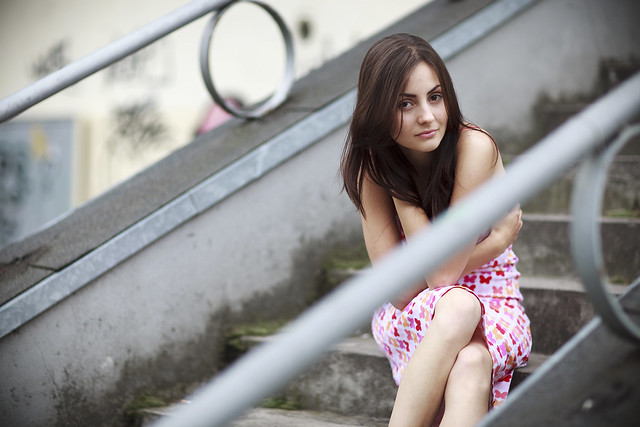 Putting your subject in an unusual composition can be quite effective. It can also be tricky. Make sure that all the elements of the composition push the viewer's eyes toward your subject. This portrait works very well because of the repetition of the circular (head shaped) details in the railings. The woman has revealed herself through body language and expression. But the repetitive of shape, that frames her face, is what draws the viewer's eyes in and anchors them on the woman. 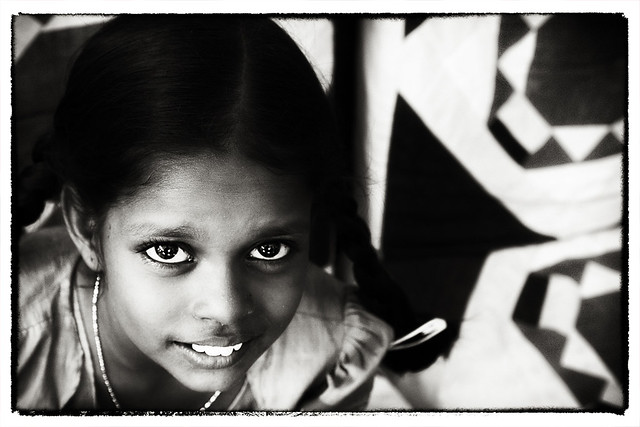 This use of unusual framing is not effective. Despite the fact that this young girl is beautiful, and her eyes are stunning to say the least, all that busyness on the right side of the photograph is distracting. It also adds nothing to the story. If whatever that is in the background was related to her life, in some way, it  is too abstract to know what it is!

The Subject is Depicted Close 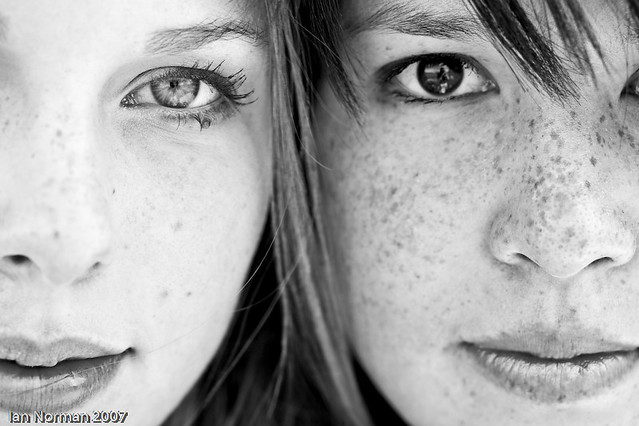 Revealing a subject's personality is about revealing details. Many beginning portrait photographers have difficulty getting close. We invade each others “space” when we do this. But keep practicing, learn to develop a rapport with your subjects. Being close is a key factor to producing WOW portraits. 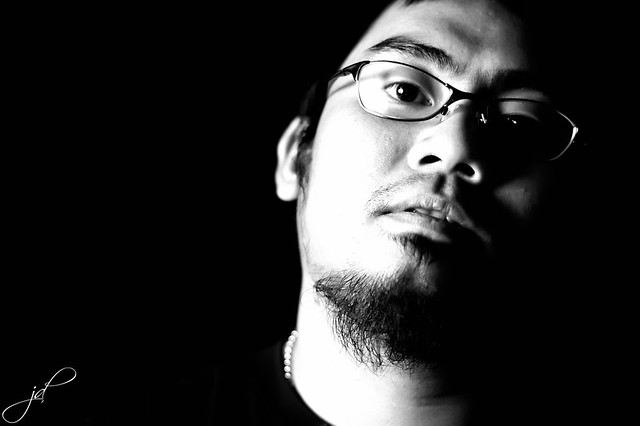 Take Me Out of The Dark by Jhong Dizon | Photography, on Flickr

When starting out many portrait photographers strive for broad even lighting. While this is effective in certain situations, sometimes unusual lighting will bring out that something special. This young man displays an almost arrogant expression. Imagine it with soft direct lighting. It would totally lose its impact. Experiment with different types of light: harsh light, backlight, overhead light, etc.

Use of Storytelling Props and Background 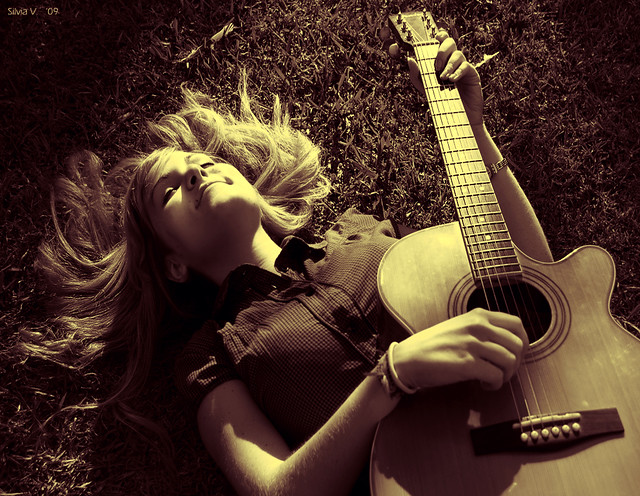 Adding a predominant color, or tone, can often move your portrait from normal to the wow factor. The above example is a great illustration of this. The warm tone anchors the “feeling” of this young woman. She's soft, approachable, happy, musical. If this were reproduced in normal tone, it would completely lose its impact.

Some Form of Action 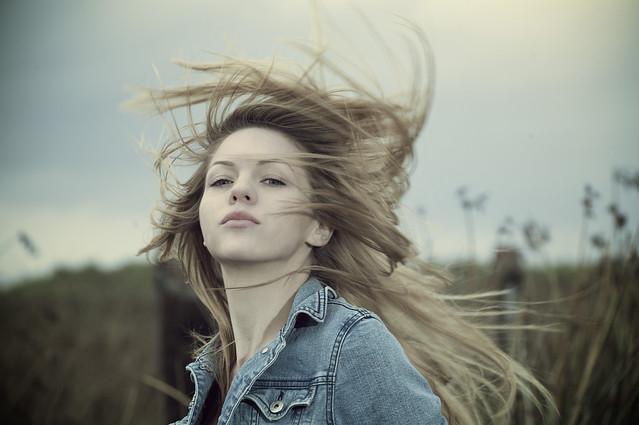 Action can often be a fantastic addition to your portraits. In can be used to frame, or highlight, your subject- such as the above example. It can also be used to depict personality such as the example below. 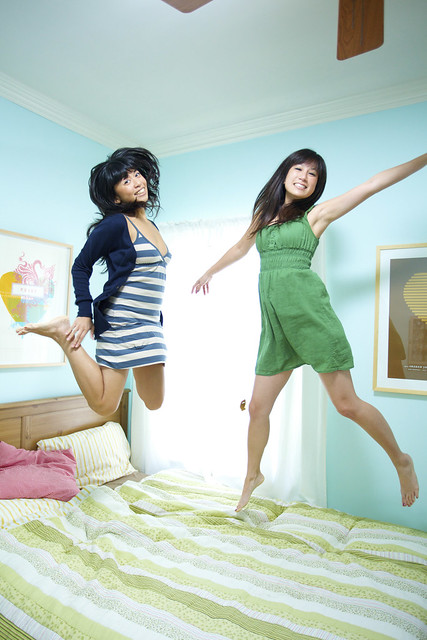 Sometimes a simple change of angle can add visual impact to your portrait. Take the above example- The photographer's low angle to the table, and choice of high key elements surrounding the subject, form almost a tunnel leading to the boy's expression. 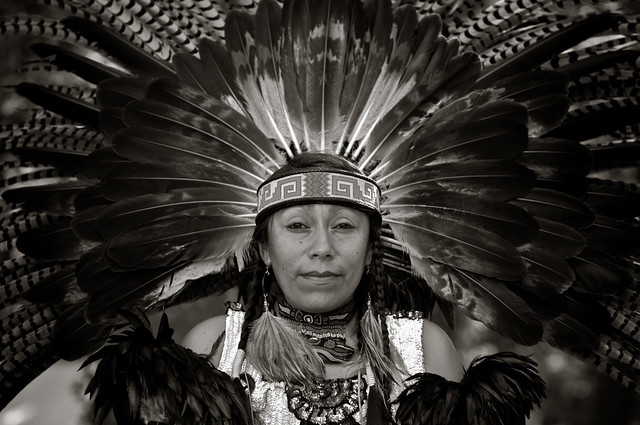 Costuming, (or choice of clothing), can have a huge impact on your portraits. It may be something you choose, something your subject chooses, or perhaps part of an unfolding story: such as the photograph above. The main point with costuming, clothing, props, etc. is do not let them overwhelm your subject. Don't let those elements become the photograph. This photograph above is a perfect example of the costuming supporting the portrait. It frames the subject's face. The lighting is subdued on the costume- which draws our eyes to the expression of the woman. 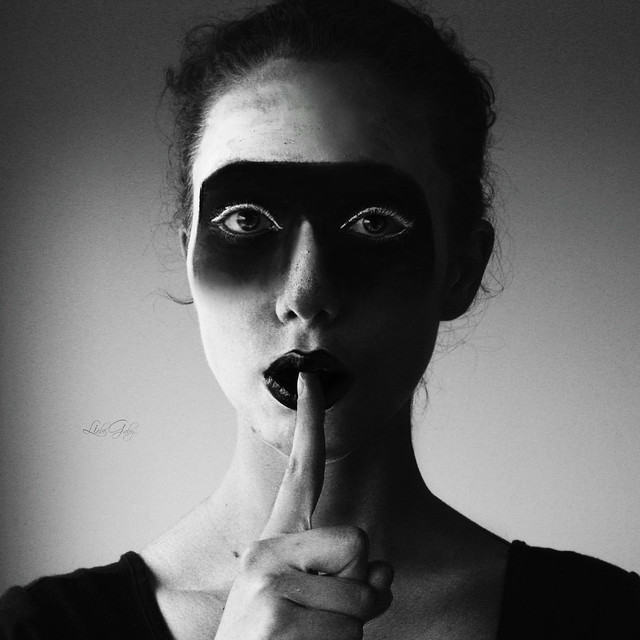 The use of makeup can establish a theatrical theme. It can also be used to make a statement about your subject's personality. The use of make-up in our opinion is somewhat specialized, (although a lot of fun); you should make use of it when it seems appropriate or you're inspired!

We hope that this article has been informative and has inspired you to strive for portraits with “The WOW Factor”!

Thank you for this! It is quite inspiring and informative. An acquaintance recently asked me if I would photograph her family, (a first), and after reading this, I think I will first spend time getting to know her kids better and their personalities before I take a single image.

I like your wedding photography. These are awesome. And also these styles. Thanks a lot for the nice images.

its allways good look at other photographers work, keeps one inspired. Thanks

Great Insights,, thanks for sharing .We beginner Amateurs after learning the basics… and still come up with boring captures feel an intense need to know about the advanced insights from the SENIORS LIKE YOU…