DSLRs with video capabilities has really democratized filmmaking, putting cinematic quality video within financial reach of amateur and independent filmmakers. The best feature that most have found is the ability to utilize interchangeable lenses for different shooting environments and techniques.

While there are many lenses out there, a lot of them are still designed for still photography, especially lower end kit lenses. There are a couple of things that you should take into account when selecting lenses for DSLR videography that can really help enhance your filmmaking, and things you should avoid as to not hinder your work.

What You Need to Know About Prime Lenses

One of the first things you should look into is utilizing prime lenses for your film work. The major perk that you will be getting here is a wider aperture. You have to remember that most DSLRs shoot in 30 fps, maybe 24 fps, so you can't (or rather shouldn't) use an shutter speed slower than 1/60 of a second or 1/50 of a second respectively. Most prime lenses, even cheaper ones, can at least open up to f/1.8, and some at f/1.4 are even within budget. I personally still use my plastic Canon 50mm f1.8 lens (about $80) with great results.

What this does for the filmmaker is give them more light to work with, especially in low light situations. With kit lenses that might give you at best an f/3.5, you'll either need to find a way to get more light, or most likely you'll have to kick up the ISO, introducing more grain in the frame, which can be unattractive if it doesn't serve an aesthetic purpose. There are also manual focus lenses that open to f/1.4 that are reasonably priced, and for someone like me that never shoots video in AF mode is a great choice.

The other benefit of having a prime lens with a wide aperture is that you can really get a nice shallow depth of field. When shooting interviews inside, I love being able to have a nice background in soft focus behind the subject. Also, with the larger sensors, especially in full frame DSLRs, you should take full advantage of getting a shallow depth of field, especially when shooting a fiction films to add a cinematic quality. Also with a shallower depth of field, you have the ability to pull off stunning rack focus shots.

The next thing that you want in a lens is a fixed aperture lens. This is very important for documentary filmmaking when you are filming as events happen. Having a good zoom lens gives you the opportunity  to get many different framings and angles of an event, but with lenses that don't have a fixed aperture, you will have to set your exposure after every zoom movement. Also, if you want to incorporate a zoom in a particular shot (which I typically stay away from, though it works for others) you will get a flickr as you zoom. This mainly happens when you are shooting in low light with a kit lens that has a f/3.5-5.6, because you will be shooting wide open, and after your zoom you will have lost over a full stop of light. Even if you try to set your aperture at f/5.6 at the wide end, you will still get a flicker as you go from wide to telephoto. With a lens that stay at f/2.8, or even f/4 throughout the zoom, you will get better results. 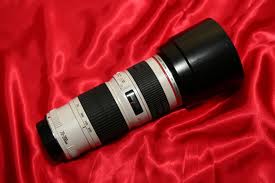 If you are starting out as a DSLR filmmaker, or looking into expanding your lens collection, following this will get you on the right path. Remember though, that while expensive glass can give you stunning images, you don't need to break the bank to make your filmmaking visually stunning. There are plenty or lenses out there that you can add to your arsenal to make your video work look great.

Jordan Mendys lives and works out of the Triangle area of North Carolina. is an independent documentary filmmaker and photographer, and also blogs for Direct2TV.net. He is currently in production on his thesis documentary film for his M.A. from American University.

Good advice! I would also suggest looking at older glass – many of the DSLRs can adapt an old manual lens, and there is a lot of information on the internet about which lenses work on which bodies. This can be a really affordable alternative for obtaining good quality manual focus lenses, with an aperture ring on the lens too which can be very useful.

I’ve recently purchased a Samyang 85mm 1.4 and found using it and focusing manually can create amazing shots.
Besides that, I like the look of footage being focused when shot.. AF never delivers that look.

One question; How do I find the proper shutter speed?

I’m using a Canon 5D Mark III for video. I mistakenly shot on the SD card only. I was disappointed in the noise in lowlight areas. Had I used the CF card, would the quality be better?

Apart of my blogs new projects is to interview unique people. I plan on recording the interviews with my Canon Rebel t3i. I have a standard lens (18-55) and have been advised I should look into something else.

We plan on interviewing indoors (a quiet room with lots of light). I am on a budget and prior was interested in getting something like a 70-200mm as it would serve all the practical needs (professional/personal) in the future, but I am told a 50mm would be better for the videography project as it’s a wide shot?

Hi Sean,
as usual this depends on your needs. I shot my first three marriage movies in the last three years with (cheap) 1.8/50mm and 2.8/28mm prime lenses. I am very happy with the results, although an event like marriage scenes and situations change quickly.
Now I am looking for a zoom lens for beeing more flexible regarding to focal length.
However, prime lenses are definetily the right choice when you shoot scenes that rarely or never change and espescially in low light situations (since there are fewer lenses that could absorb the incoming light).

Hi Sean,
as usual this depends on your needs. I shot my first three marriage movies in the last three years with (cheap) 1.8/50mm and 2.8/28mm prime lenses. I am very happy with the results, although an event like marriage scenes and situations change quickly.
Now I am looking for a zoom lens for beeing more flexible regarding to focal length.
However, prime lenses are definetily the right choice when you shoot scenes that rarely or never change and espescially in low light situations (since there are fewer lenses that could absorb the incoming light).
For an interviewing scene I suggest focal lengthes >50mm up to 200mm.