In one word, yes. But I’d figure that you would want a more detailed explanation.

The 50mm f/1.8 lens – doesn’t matter what brand it is Canon, Nikon, Pentax, etc – is the cheapest and most widely used glass ever made.

More often than not, manufacturers don’t bother with pristine build quality with this lens. Almost all of them are cheap because they are made of plastic and don’t include USM focus motors. The mount is plastic as well (at least for the models I have seen and held in my hands). Autofocus on the lens is often loud and slow, and it feels weird. On almost all manufacturers the front element spins, thus making the lens difficult to use with circular polarizer filters. 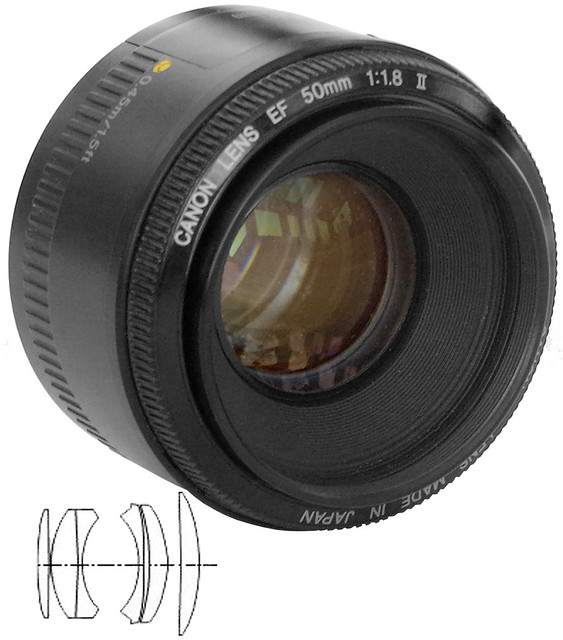 As I already mentioned, the front element spins, therefore you can forget about butterfly lens hood or circular polarizer filters. But since the lens is mostly used for portraits, you don’t need CPL filters anyway, and you can attach a regular lens hood if you want to (not that you need it really). 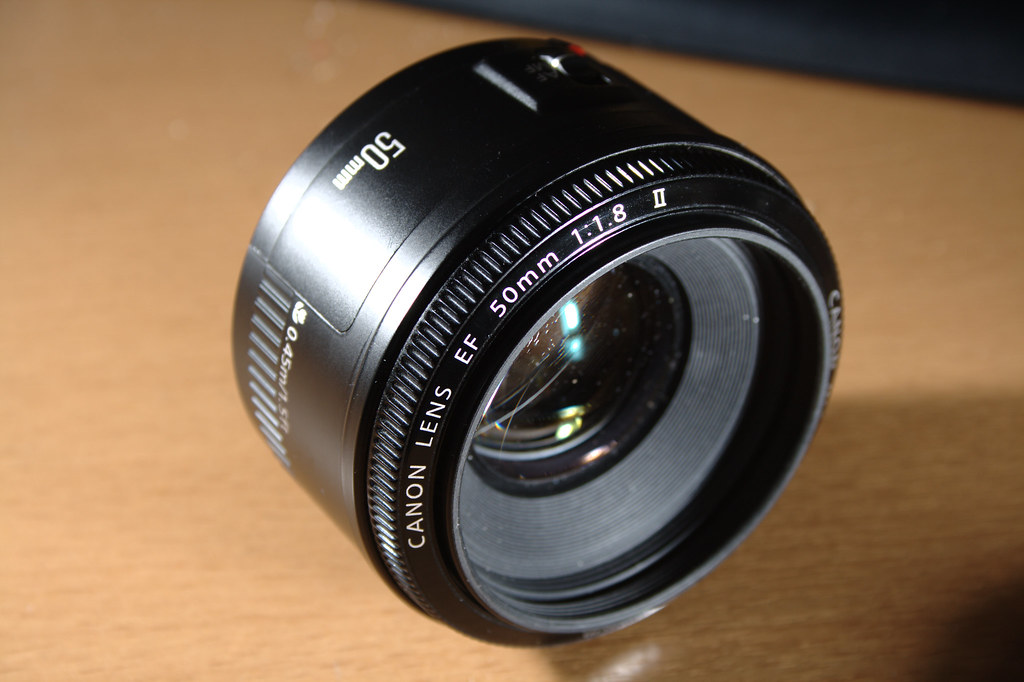 I already mentioned the plastic mount. Yes, it’s plastic, so what? I haven’t heard about a plastic mount that failed. When the lens breaks (due to mechanical force, where the mount strength is tested) it is usually between the mount and the rest of the lens, so it doesn’t matter whether is plastic or metal. Several of my lenses have plastic mounts and 6 years so far I haven’t had a single issue with them. Metal mount is really an improvement if the whole lens is made out of metal, like most of the vintage lenses are, which you probably won’t find on modern lenses.

By now you are probably saying: that doesn’t sound best value for money really.

However, that is not the case. I know that the 50mm f/1.8 by Canon comes for 100 bucks brand new. That is even cheaper than the kit lens. Nikon's is a tad more expensive, coming about 200 bucks new. In reality, you won’t find a cheaper lens brand new. The “nifty fifty” is the cheapest lens by every manufacturer. 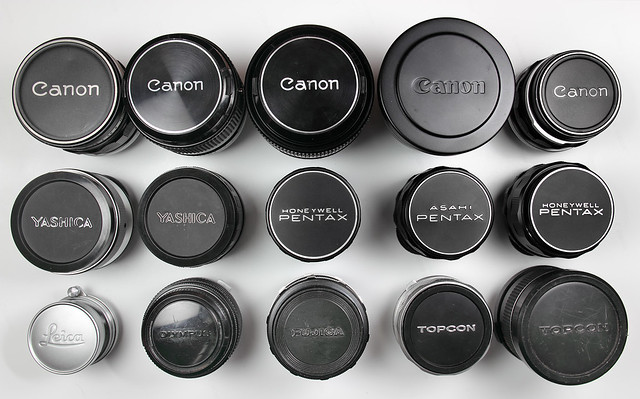 The lens justifies value for money on picture quality and convenience. After all, it is a f/1.8 lens – that would be 3 and ⅓ stops faster than the kit lens on the same focal length – meaning if you needed 800 ISO at 1/200th of a second with f/5.6 now you will need 100 ISO and 1/275th of a second for the same exposure. The bokeh (specular lights) and the added background blur are an added bonus.

But it is not all about the amount of light. The “nifty fifty” is a very sharp lens, especially when compared to the kit lens. When used for portraiture the depth of field it provides paired with the sharpness and focal length makes it perfect for the beginner portrait photographer.

Since most aspiring photographers start out with a tight budget, I’d highly recommend getting a body only and a nifty fifty lens, instead of the kit one. It will cost you less, and due to the fixed focal length, you will learn more about framing and composition, since you’ll have to move in order to “zoom”. The better image quality and performance in low light is another added bonus. Learning proper framing is best done with fixed focal length, and which better lens to start with than the 50mm f/1.8? 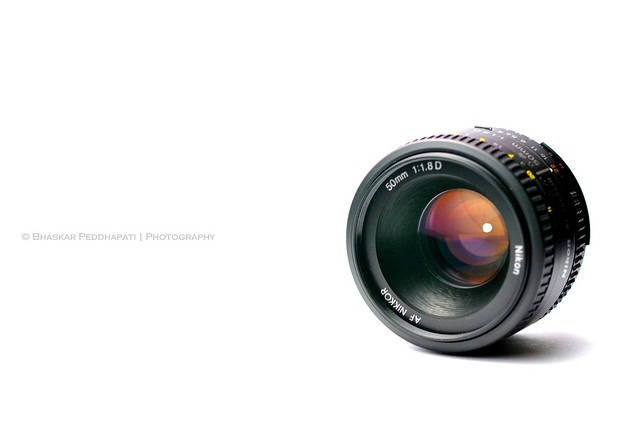 Photo by peddhapati (Thanks for 1M Views!!!)

Another advantage is that the lens isn’t updated often. Frankly it has only been updated once by Canon and as far as I know once by Nikon too. Since the lens doesn’t update often, there aren’t newer models to drive down the price if you ever want to sell it. Mostly nifty fifty lenses sell for about 70% of the retail value, which is a pretty good deal. And they sell fast, people buy them a lot since it is one of the best lens to learn photography with.

Good article. Your advice on buying the body only + the 50mm is precisely what I did when I bought my DSLR. I love this lens and find I use it often. With the crop factor on my Nikon D7100, it’s nice and tight. The photos are crisp and clean. Last night I took photos outside during the rain after 7PM using only the porch light, ISO1000, 1/90, f1.8. My nifty fifty held up – I’m pleased.

Where do you get your lenses from?I have a Nikon 50mm f1.8 “D” lens.The so called “cheap” one.
The mount is metal and the front element does not spin.
Please do not mislead people.

I doubt there was any intention to mislead others. Although the front element on the Nikon 50mm f1.8D does not spin, several other brand standard lenses do have this annoying ‘feature’. I’m a Nikon user and far prefer the f1.4D, above the f1.8D or f1.8G. It’s an old school lens, in that it still has a fully function aperture ring. This, coupled with an adapter enables me to use it on other camera bodies or non-auto bellows for Macro work, with which I’m achieving excellent results. I’d say it’s probably the best 50mm lens Nikon have ever produced.

you say the canon 50mm comes for a 100 bucks brand new?? well I’ll buy one right now as i need one!! what is the price you are charging as Game just had a special on their’s for 1000 bucks. check above in the article.

Written in Macedonia, edited in India and published by an Aussie. We are a very multicultural team. 😉

It might be better, but at 4x the price for an extra single stop, it’s not better value.

Kristin did mention it but it is important to know that a 50mm lens on a crop sensor camera will yield a 75mm image. So it is a slight telephoto. On my crop sensor cameras I often use a 35mm f 1.8 which yields a 54mm image. Just another option to consider.

I bought the canon 1.4 still cheap great for low light and great for the Bokeh effect I use it a lot.

I am a beginner and bought this lens and love it. My pictures are crisper with this lens and the blurred background makes them look like I know what I’m doing! The only problem( not sure it is a problem) is that you have to get up close to your subject, makes them nervous.

If getting close to your subject makes them nervous, you’re probably not spending enough time with them, in advance, to make them comfortable with you and getting their photo taken. This is more important than ANYTHING when doing portraiture.

to be fair, most portrait photographers seem to like an 85mm lens when they can afford it (so can stand a little further back). But I would maybe question whether your uneasiness is a contributing factor (and reasonably so, I think I’d feel a little awkward a that distance). Use this as a way to learn how to engage and relax your subject under slightly difficult circumstances. It will make you a better photographer in the long run.

I’ve just bought a used Minolta XG1 camera with 50mm2.0 at 50 D.kr on a market with old stuff here in denmark, thats around 10 us dollars, and bought an Samsung nx adapter for this for my NX11 camera crop fact 1.5 so its a 75mm – awesomethe www. cost 20 dollar on ebay….awesome and a great lens

I purchased this lens back in January of this year and have not taken it off yet, absolutely love this lens.

I use this lens for 99% of my model/portrait work. As long as you have enough light to get it to focus, it will get you some great images. No need for the f/1.4 in my opinion, this one gets the job done.

I really don’t like the 1.8 plastic fantastic Canon – insane amount of vignetting, chromatic distortion, ugly Bokeh, 5 blade aperture, hopeless manual focusing ring, noisy as hell, no weather sealing. Stopped down to f 8, not shooting into light and no need for fast focus – hope to earn enough money on the few good shots you get with that lens, an use them to buy a good lens instead.

Out of interest, would you invest in a prime lens once you can afford to upgrade?

I just bought a Canon EF 50mm f1.8 for only 99 dlls, is amazing, far the best price-value lens

I have the canon model of this lens $129 brand new.. Great little lens….

Both me and my daughter have mirrorless cameras with vintage 50’s. whether new or old, the quality you get off a mass produced prime should make it every ones first lens. I also do some teaching, and so often on a shoot the students arrive at the place, stand on one spot and rely on their kit lens zoom. I’m sure I don’t need to describe what the shots look like!