Almost everyone enjoys sunny, warm days outside. Some will even take a sunny cool day if they enjoy winter sports, but almost everyone can agree that rainy, miserable days outside can be the worst for comfort and photography.  Lying right in between are overcast days, those days when the sky is neither blue or black, clouds don't form nice, beautiful pillow like objects and the sun doesn't really shine anywhere specific.  These overcast days can be a photographers best friend if you know what to shoot. 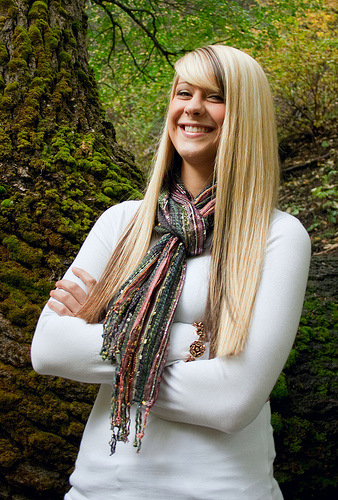 Commonly referred to as nature's softbox because of the lack of actual direct sunlight, rather it's filtered and diffused through layers of thick clouds.  The direct result of this is a near shadowless day, absolutely perfect for moody and fun portraits.  The lack of shadows means utilizing on or off camera flash on location, reflectors or light modifiers to help compensate for the normally appearing shadows that come out.  The end result is a soft, feathered light that seems to near perfectly illuminate people. 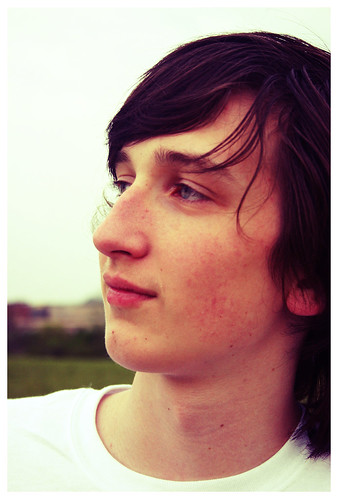 Photo by Oslo In The Summertime

Shooting portraits on overcast days does require some attention to detail though, slightly differently then shooting on sunny days.  Because there is less light, and it's being heavily diffused through the clouds, paying attention to ISO becomes increasingly important.  While the same time on a sunny day may be perfectly suited for 100 ISO, an overcast day may require 400, 640 or even as high as 1600 ISO depending how thick the cloud cover is.

Additionally, special attention needs to be paid to proper exposure.  The lack of direct sun and shadows means that most subject matter (people) and the foreground and background can easily be lost to middle gray.  In doing so, over or under exposing the shot and then correcting in post-production will result in heavy JPG artifacting for your final image, regardless of whether you shot in RAW or not.

To avoid this, meter specifically for your subject matter and use the flashing histogram on your DSLR to find blown out highlights (almost all models do this).  It's also a good idea to bracket expose – that is take 1-2 photos under and over exposed, and utilize exposure compensations. Overcast portraits also make for some of the best on-location black and white conversions too!

In addition to portraits, moody landscape, seascape and other outdoorsy photos can be effective on overcast days.  The soft sky, lack of harsh shadows and middle gray tones may look somewhat depressing as you shoot, but once you convert them to black and white the true magic starts to show through. 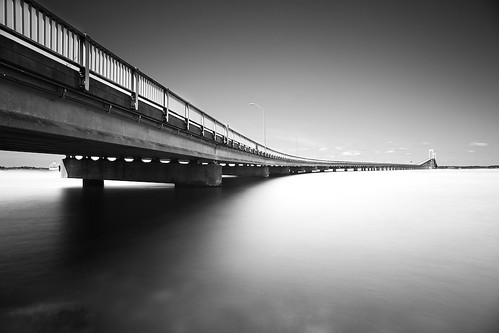 To shoot stunning photos like this you will almost certainly need a tripod and will want to shoot at the lowest possible ISO.  Just like portraits, the middle gray through the image may throw off your light meter so it's best to bracket exposure, both over and under what your camera says.

Overcast days don't have to be about sad and depressing moments, they can be used to capture just about any photo that doesn't require harsh shadows.  Also, it's a great time to focus the subject while leaving the background nice and neutral.

Hi, thanks for linking my shot in the end there 🙂 Just to be clear, that shot was all the more difficult because it was a freakin’ cloudless day 😀 You are absolutely right that an overcast day would’ve been even preferable for shots like that (I cursed the beautiful blue skies that day), but in fact, the only clouds were the small things you see just above the horizon.

An overcast day would’ve made metering easier, actually, since there would’ve been much less contrast. As it goes, with this shot, I had to do quite a bit of postprocessing from the RAW file to bring out some details in the shadows while keeping the sky/upper part of the bridge from blowing out.

Thanks for the link!

Thanks rawhead, as I read this, and saw your photo and went “huh? overcast? looks like a perfect sky to me”. It’s a relief to me to see that my eyes do still work. 😀 Wonderful picture though!

Raw… I was wondering how you get such flat smooth water in post?

Long exposure. You need a really dark neutral density filter (9 stop or more) and then take a really long exposure.

I have the same questions as the above………… how did you get the water to look so glass?

You get that soft water using long exposure. You need a very dark neutral density filter (9 stops or more) and then set the camera up on a tripod and take a very long exposure using the ND filter.

Using a digital camera, what settings would I use when photographing the Boston Marathon as clouds and rain will be a problem? Thank you.