Fireworks displays are quite a spectacle. Have you ever met anyone not captivated by them? Everybody loves fireworks. It’s just a simple fact of life that loud sounds and bright lights and kaleidoscopic patterns in the night sky join forces to create compelling entertainment. Whether it’s New Year’s, Diwali, Canada Day, US Independence Day, or just another night at Disney World, fireworks hold a special place in the collective human psyche and in our memories. But capturing those memories in a more tangible manner can prove to be problematic for many people.

Anyone who has tried it knows that you can’t just point your camera at the sky and end up with a perfect photographic reproduction of the light show above you. Successfully photographing fireworks involves, more than anything else, a shift in how you think about light and exposure. 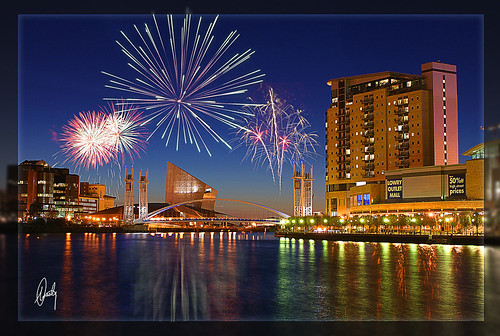 Here’s how to do it:

Things You Will Need

1. Scout Out a Prime Location.

Or, do the best you can. In all likelihood, you’ll have large numbers of people to contend with; get there early to get dibs on the spot you want. Otherwise, just work with what’s available to you and don’t overthink things. If you can’t set up exactly where you’d like, use your lens/tripod combo to help compensate. People aren’t the only things you might have take into consideration, however. If it is a windy night, you’ll want to position yourself in such a way to avoid smoke from the fireworks blowing towards you. And while nearby buildings can make for an interesting backdrop, try to avoid too much ambient light, as this will overexpose your shots. 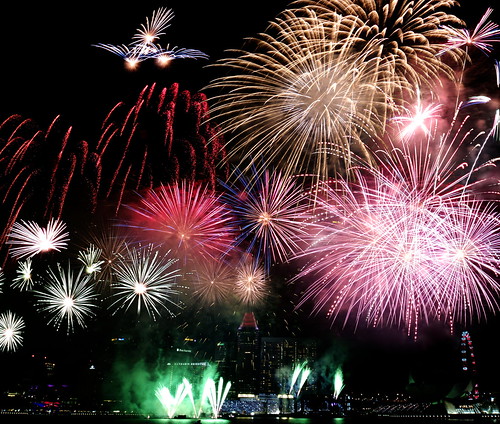 Again, the tripod isn’t optional. If your aim is sharp images, a stabilized camera is the only way to achieve that when working with long shutter speeds. No two human hands are a suitable stand-in for a tripod in this situation. Safety first: make sure that wherever you set up, you’re not posing a danger to the people around you. It’s dark and there’s always the chance that there’s someone in the crowd who’s had one too many. So be vigilant, and if you have someone there with you, use them as a bodyguard of sorts to help keep skyward-looking passersby at a safe distance.

During the first few explosions of light, take a look through the viewfinder to make sure your camera is trained on the right area of the sky. Check that there are no distracting elements in the frame. 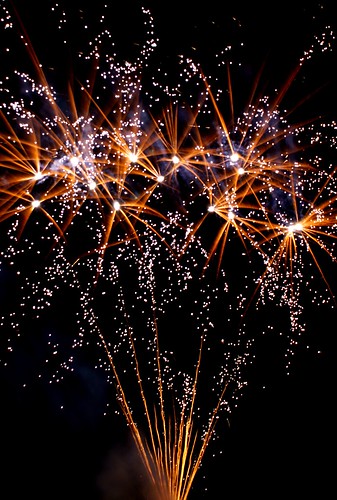 Whether you judge by sight or by sound, try to open the shutter as soon as a new rocket is propelled into the night sky; leave the shutter open until all the brilliant sparkles begin to fade away — usually about 4 seconds. Feel free to experiment with different shutter speeds; exposure time is what determines whether you capture single bursts or multiple bursts.

As always, post processing consists of whatever suits your particular tastes, but a few adjustments that you will likely want to make include boosts to black level, contrast, vibrance, and sharpness/clarity. The more you get right in camera, the less you will have to do in post.

A few of the steps involved in photographing fireworks may seem counterintuitive, but it’ll all start to make sense eventually. Before long you'll be tweaking the whole process to suit your tastes. And don't forget: patience, practice, and experimentation are the real keys to success.

If for some crazy reason you're not inspired yet, consider the shining (and sparkling) images that follow: 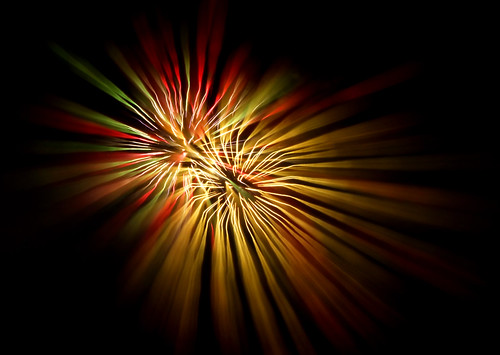 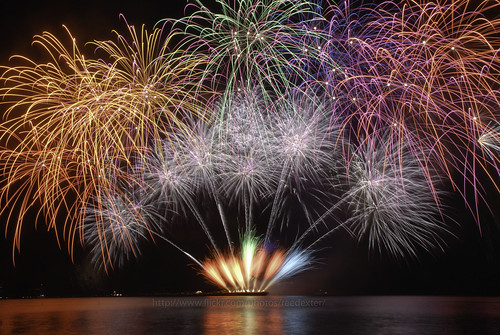 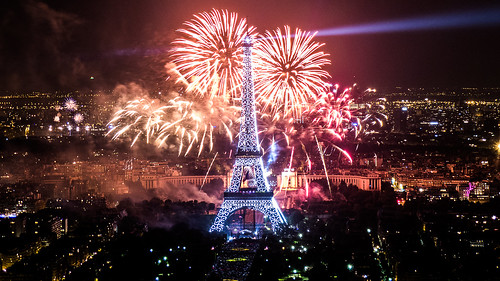 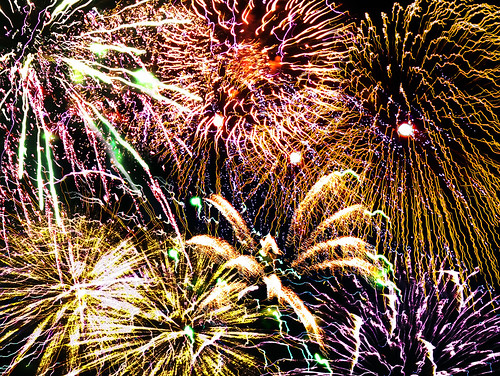 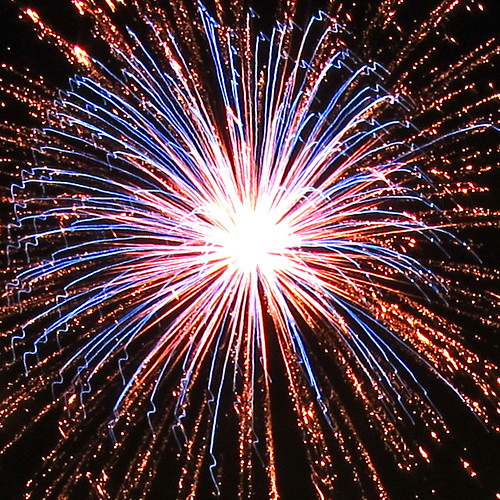 Baby, you're a firework by Kevin Dooley, on Flickr 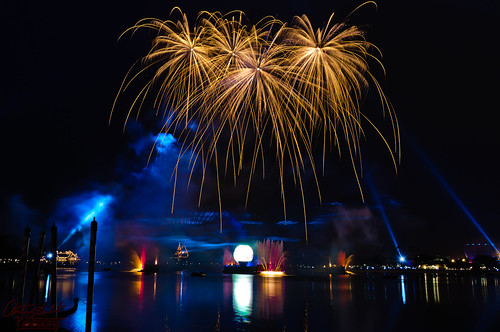 Hi Jason, thanks for the insightful article and in my case well timed to as it’s Diwali in a couple of days! I do have one problem though that I was hoping you might be able to help with. I have a Sony NEX 6 with three lenses, 16-55mm, 55-210mm and a 50mm, and although they are great for different things I haven’t been able to figure out how to focus to infinity on any of them. In most other lenses there is a marker on the lens body that signifies when the lens is set to infinity but not on the Sony ones I have. A bit of research tells me that in some Sony models it can be done in camera but unfortunately either I am not looking in the right place or its my lack of experience which is not letting me figure out how to use this feature using the system I have. Any advise on how I can get this working?