I recently traveled to Anchorage, Alaska to document the working lifestyle of the local bush pilots, a common profession in the 49th state.

Beyond all the magnificent stories I got to hear from more than a dozen pilots, I got the opportunity to meet an old Light Stalking fellow, the charismatic Dan Bailey.

He has been able to live his dream as a full-time adventure and travel photographer since 1996, and his many skills include being a bush pilot. So we had a wonderful time.

We met in a cozy café, and almost immediately started talking about the meaning of photography beyond gear-related stuff, even though he is a Fujifilm X Photographer.

Here’s a brief transcript of what we talked about on that wonderful day. 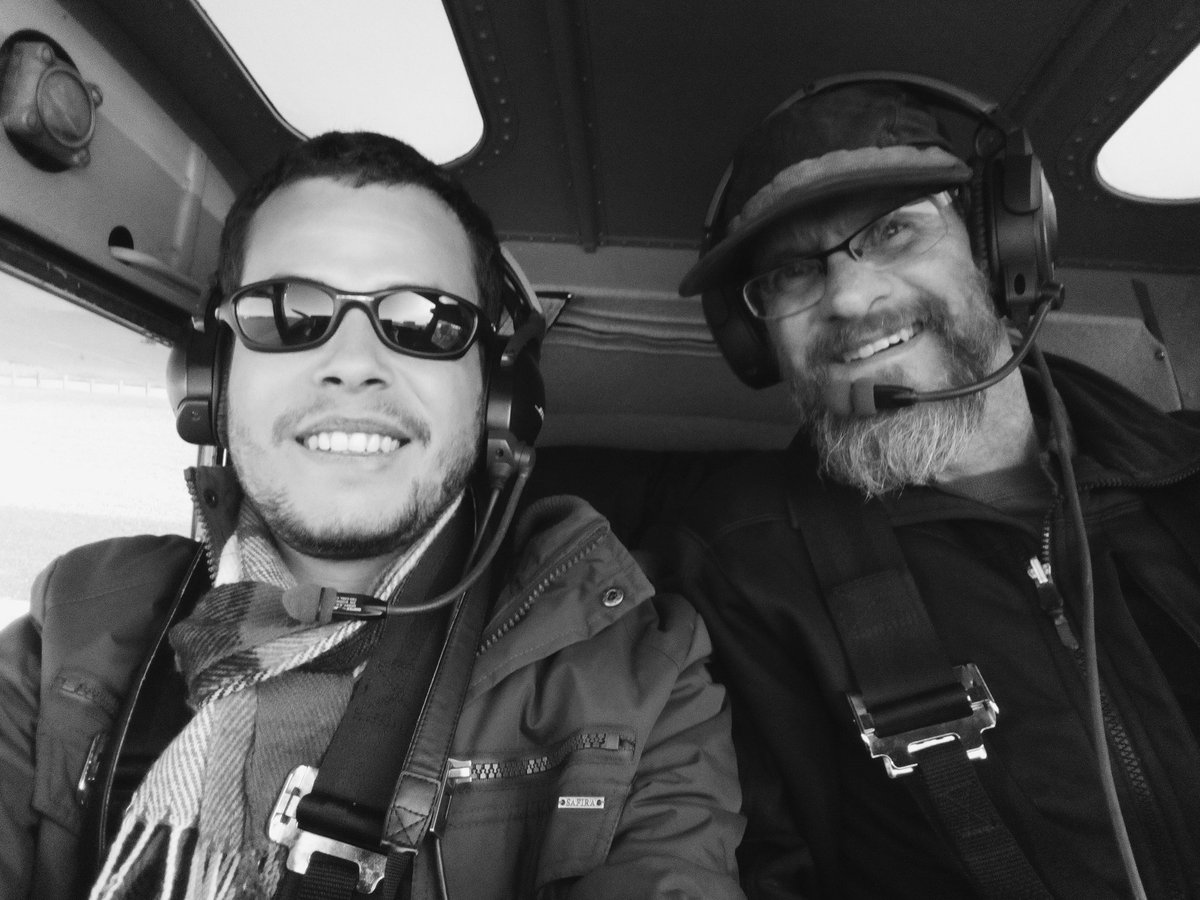 Federico Alegría: When did the photography bug bite you seriously, and how was it for you?

Dan Bailey: I was in music college in Boston in the early ’90s and late ’80s, and I had some extra money and I thought, “Maybe I'll buy a camera!” because I'd always been intrigued with photography.

I love the solo creative process, because with music, in order to get something finished and out into the world you have to rely on producers, engineers, and other bandmates. And with photography, it’s only you and the camera. I really enjoyed that aspect of it.

Shortly – a year after – I discovered the work of Galen Rowell. He was a pretty important adventure photographer, and I fell in love with his work.

He shot adventure and action sports, like climbing, mountaineering or skiing; and that was the style that drove me most. When I started looking at his stuff, I knew that that was the kind of photography that I wanted to pursue. My first true love in photography was landscapes, inspired by Galen's work.

FA: We live in an era cramped with vanity metrics. What's the most meaningful thing you can see in photography when it’s done at a slow-paced rhythm?

DB: For me, it’s not necessarily about the metrics or a slow pace, because everybody has a different style. Since I cut my teeth as an action sports photographer, I've been able to develop a style where I can see and shoot very quickly.

It’s like flying, where you are constantly moving. So I may able to look out the window and spot a scene or a couple of potential things, like how the light is going to hit that mountain, and I get to anticipate.

But regardless of the style, what is it you want to do with photography? The bottom line for me is, are you enjoying your image-making process? And all of that social media stuff in some ways is meaningless.

For me, what is really meaningful is to actually be able to know people. I want to know also if people are enjoying photography and their creative process as well.

FA: How has photography changed your life?

DB: Well, photography has given me the drive to pursue everything to make a fulfilling life for myself. It has made everything for me. My photography is a business and my life. I eat, breathe and dream about photography every day.

Almost everything I do is related to photography in some way, whether it's taking pictures, thinking of new places to take pictures and even teaching people how to take pictures. Photography has become so important to me that it can be related to meaningful friendships and income as well, and most importantly, my freedom.

Something like photography, you can do it in any way you want. You could make all kinds of sacrifices to follow it as a lifelong dream, or you can have it as a different thing beyond your workday job.

FA: So, Fujifilm X Photographer, wow, how did that happen?

DB: That was a really interesting process. Fujifilm was a client back in the late ‘90s, early 2000s. A few times they used photos of mine for trade show prints, so I had a previous relationship with them.

I first started experimenting with the X Series in the fall of 2011. I bought the X-10 and started shooting with it, and after 6 months I reached out to the guy from Fujifilm that I met at the trade show and I said, “Hey you remember me? You showed me the X-10, and here's what I've been doing with it,” and since I had a previous relationship with them, and I already had some 20 years of experience and a certain presence in the online world, he just started passing me up the chain.

I even gave them some suggestions about their cameras, and in 2013 one of the people showed me basically the prototype of the X-T1, which was their first action-worthy adventure camera, which could take a beating and is weather-sealed, so it was basically all that I was asking for.

I fell in love with it. And after that, they made me an official X Photographer.

FA: Are you able to say that photography has sort of blended all of your passions into one thing?

DB: Absolutely, you are exactly right. I've been able to blend all my passions into one life. And that was something I was aspiring for since I was 18 years old. My best friend and I made a pact (he was an artist and I was a musician) in which regardless of the craft we chose, the goal was to accomplish one singular life that was driven by our passions.

Through technology and my own efforts, I've been able to do exactly that. I climb, bike and fly with my camera, and I shoot photos while I'm moving. So I've blended my lifelong dreams thanks to photography.

FA: Beyond gear and all that, what advice can you give to our Light Stalking community of young landscape photographers?

DB: Get out and see the world. And seeing the world doesn't have to be traveling thousands of miles away from your house, because there will always be beauty within a half mile from your house. And also, at the same time, make your own adventures.

So true about not having to travel extensively to find beauty.