This list features a curated selection of articles, special features and great photography found by Toad Hollow Photography this past week.  In this feature we find a wide variety of styles and blog posts to enjoy for photography enthusiasts of all types.  We really hope you enjoy checking out these photographs and sites as much as the Toad did in bringing this list to you.

These Steps Will Help You Nail Focus Every Time – Light Stalking’s Jason D. Little shares some great insights on how to get razor sharp images with perfect focus, an issue that is nearly impossible to fix even in today’s day-and-age of digital post-production.  Jason covers all key aspects of focus in this article, giving you a broad understanding and basis to apply to your own photographs.

Indoor Natural Light: Learn the Basics – Ben Sasso shares some fundamental yet extremely useful tips and tricks about shooting indoors with natural light.  The use of reflectors comes into play here, and Ben’s sample photos that illustrate his points show you the results you can expect if you follow these loose guidelines. 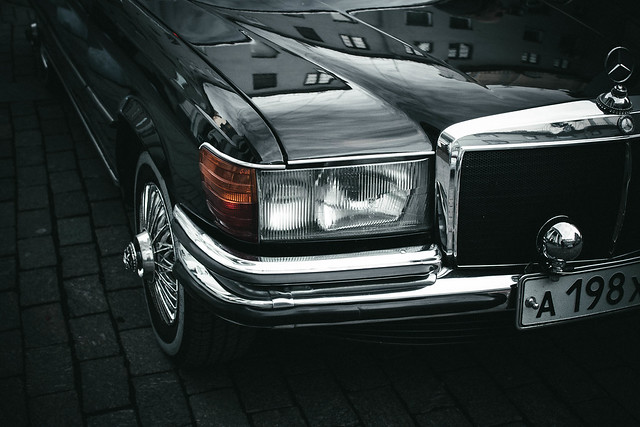 6 Portrait Photographers Demonstrate the Power of (Our Own) Perspective – six photographers, one subject, six stories…  what are the results?  This post shows us exactly how the photographer is the important element in great photography as six unique perspectives based on six created stories result is vastly different portraits.

Make an Autumn Photo Montage in Photoshop – creating a really nice montage requires a few steps, and this great article takes you through the entire process.  Screenshots included in the article as the piece is coming together add a great element to this post, showing you exactly how to make your own presentation using any type of photograph.

Life Before Photoshop: Isuzu Campaign – Joe Baraban shares another installment in his series of posts that discusses the importance of getting the frame right in camera.  Before the advent of digital post-production an effective shoot required staging and foresight, and even in today’s age of Photoshop these skills are still very applicable in the creation of incredible imagery.

Abandoned & Forgotten: A 15-Year Urban Exploration Photo Project – some of my favorite subjects for photography will always be found in that which is long forgotten and abandoned.  As time and decay take hold, a new tapestry emerges that leaves the viewer with so many unanswered questions, yearning to know more.  This special feature includes a fascinating interview with an Urbex explorer, accompanied by some incredible photographs of long lost spaces he has visited and captured.

Breathtaking Time-Lapse of Arizona's Monsoon Season – famed storm-chaser Mike Olbinski shows us exactly why he is so highly regarded in this particular realm of imagery in a new video presentation that shows time-lapses of some of the most epic storms he encountered during the 2015 storm chasing season.  Mike’s composition takes the viewer on a journey of discovery, where we see firsthand the powerful and dramatic effects that are produced during massive storm fronts as they move through Arizona. 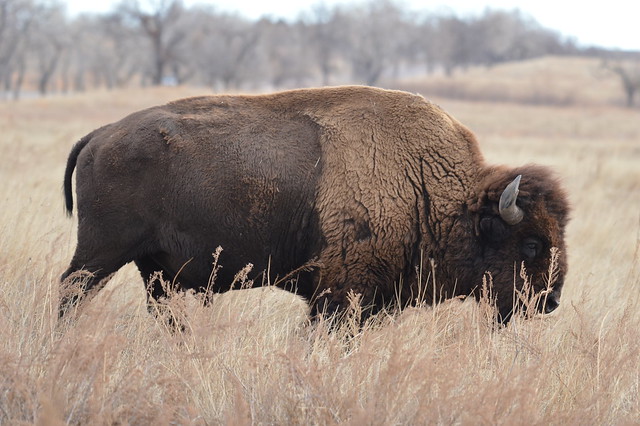 Kluane Glaciers – Shooting aerial photographs of the world's largest non-polar ice fields – a terrific special feature that showcases the natural beauty of large ice fields in the far north of Canada.  This large series of images depict an almost abstract view of the area, revealing fascinating natural leading lines in the ice formations, dotted by rugged peaks of mountain ranges that are far beyond description.

British Columbia Photography – Art and Archive 2015 – career photographer Don Denton shares a great shot of a long unused facility in the heart of British Columbia, adding a great element to the picture with his personal thoughts on what drives him in his personal projects, along with the importance of such work.  The facility at the heart of this post creates a perfect subject to anchor this discussion.

Transparent Mirror III – a stunning wide angle HDR panorama shot from Lauri Lohi features a gorgeous mist enshrouded landscape with a lake in the foreground.  The still waters of the lake creates the perfect surface to mirror the scene at the same time we get a chance to see just below the water to explore the landscape below the surface.

Ely Cathedral Lady Chapel – wide sweeping views of the interior of this terrific historic chapel pop out of the screen in this great photograph by David Stoddart Photography.  The sharp details in the majestic architecture draw the eye into the frame, where time spent reveals terrific aspects of this classic structure.

City of blinding lights – a vibrant shot that gives us an overview of what appears to be a large US city at night.  Stefan Schnöpf’s composition does a terrific job of showing the scale of the city, along with the dynamic nature of a community that never rests.

Abandoned Palouse – Michael Criswell posts an absolutely terrific shot of an old and abandoned farm building in the Palouse area.  This particular building, at first glance, appears to be a composition of many different structures due to the way bits and pieces are situated, but upon further inspection in this awesome photo we see that it was likely a single structure at one time.

First Sight – a section of the San Diego cityscape pops to life on our screens in this very dramatic shot by Pasi Kaunisto.  Taken just after sunset, the facade of the skyscrapers at the forefront of the image appear to greet the viewer, and the hanging supermoon on the horizon adds a perfect touch.

Seagull and sunset on Ocean Princess – this terrific shot comes to us from Barry Turner, featuring a view of a radar configuration on a large ship in the golden tones of natural light.  A lone seagull sits perched atop the installation, adding a great dash of personality and artistic tension to this shot.

Intersection – an overhead perspective creates incredible natural leading lines through the architectural features of the buildings as the eye makes its way naturally all the way down to an intersection sitting far below.  BRXSON’s shot creates a touch of vertigo for those inclined, creating a dramatic piece sure to be enjoyed by all who love visually exploring the natural workings of humanity.

glorious splendour – the majestic beauty of the Canadian Rockies pops to life in this terrific shot from Frank King.  White capped mountains and trees surround the deep blues of a lake in this picture, showcasing the area for the incredible landscapes it shares.

Approaching Everest – a beautiful and colorful field of flowers guides you into this frame where in the backdrop we find the rugged and dramatic peaks of Mount Everest.  Alister Benn’s shot takes advantage of the natural light found during this time of day as it kisses the face of the mountains and creates strong shadows that elicit a feeling of drama and wonder.

Exploring Downtown Reykjavik Iceland – Anne McKinnell brings us along on the exploration of a lifetime where we find ourselves enjoying views of the architecture found in this northern city.  Anne shares a great shot of the largest church in the city, with it’s very unique and dramatic presence, along with some high vantage point shots of the character-filled community below. 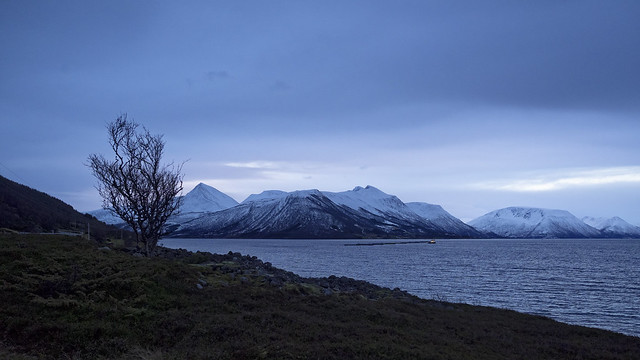 Rock formations at Rådhuset – take a tour deep underground in Stockholm in this great architectural study produced by s1000.  In this shot we find an escalator that has been sympathetically designed and installed into the underground rock formations, merging industrial man made elements against the textures of nature.

Eye Contact – Grand Teton National Park, Wyoming – what a mesmerizing shot, as captured and shared here by Len Saltiel.  A huge bison grazing in a field makes temporary eye contact with Len and his camera, delivering a terrific portrait of these incredible animals as they go about life in their natural habitats.

Wet Owl – a wonderful heartbreaking shot depicts a tiny owl on a perched, completely soaked and staring back at the camera.  Sham Jolimie’s photograph does a great job of capturing the spirit and personality of this tiny wet owl, showcasing the concept of artistic tension in a single frame.

Jerusalem of Gold – the ancient city of Jerusalem pops to life on our screens in this great photograph by Edith Levy.  The city sits below Edith’s perspective at night in this piece, with the lights of the houses and buildings twinkling adding a warm golden glow to the entire shot.

Good Night Shanghai XXXI – this beautiful panoramic widescreen image showcases the city of Shanghai during the blue hour, with the colors of the city vibrantly reflected back in the waters that sit in the foreground.  Terrific details in the city’s architecture coupled with the crisp details of the buildings to deliver a truly special piece.

A visit to Frederiksborg Castle – I am forever drawn into photographs that feature ancient castles in contemporary times, as we see in this set of shots from Jim Nix.  Jim brings us along as he explores the outer areas of such a castle, just outside the city of Copenhagen which if full of old and rich history.

Without deep darkness, we fail to appreciate the light – Emil shares what looks to be a complex image to composite, featuring the lights of the galaxy lingering overhead as the city of New York scurries around in the evening below.  The incredible architecture of the city pops to life on your screen with this shot, revealing details sure to keep the viewer engaged on a journey of discovery.

Waterfall From The Sky – an intense rain shower pounds down from high above in this well composed shot from Michael Lewis Glover.  Immediately after the passing of a dramatic storm, Michael finds himself in a terrific location to capture the aftermath, composing the shot with a series of pilings to add a perfect anchor.

Colorful and Reflective – Greg Boratyn captures a mesmerizing piece with this shot, featuring the incredible colors of autumn against a canvas of reflections captured in the waters of the lake.  The long exposure technique that Greg used to capture this shot adds a great feel of the ethereal to the photograph.

The Jervis Bay – crystal clear details reveal themselves in this terrific shot from Scott Wood that features the Port of Olympia taken at dusk.  A large container ship sits docked in this picture, adding a wonderful element of interest against the backdrop of the mountains that layer themselves in the distance.

Blair Bridge in Fog – Steven Perlmutter shares a very ethereal and moody black-and-white shot in this post, featuring a composition that includes a covered bridge over a river.  Steven’s application of black-and-white creates the perfect feel for a shot that is as spooky as it is mesmerizing.

I am a fine arts photographer that specializes in HDR techniques. Please feel free to visit our Limited Edition Prints site, our Online Gallery or our lively Photoblog.

Thanks so much for including me in the list Toad. I appreciate it a lot my friend!

Drop us an email at support@lightstalking.com or you can also find us on the following platforms:
Marketplace