Do You Make These 5 Embarrassing Photography Mistakes? | Light Stalking

Do You Make These 5 Embarrassing Photography Mistakes?

Making mistakes is part of any learning process and photography is certainly no different. In fact, the amount of information one needs to learn to become proficient in photography means there are probably a lot more mistakes we can make. There are however, a few mistakes that you can learn to avoid very quickly. Here are what we would regard as the five most egregious photography mistakes.
1) Holding Your SLR Like an Amateur – This one is a dead give away. It’s especially embarrassing for people who rushed out and purchased a top of the line DSLR without first bothering to learn anything about photography first. If you learn how to hold a camera properly, you will avoid the sneers and muffled laughter of other more experienced photographers and your images will be better due to your more steady camera. 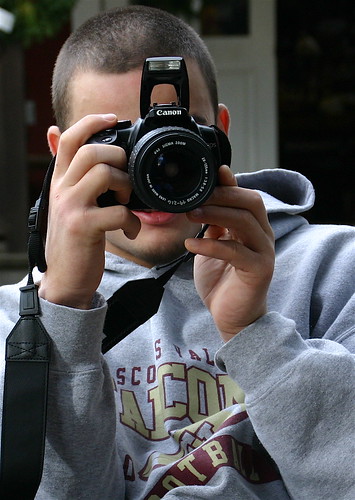 Photo by Keith Wills
2) Trying to Take “Overall Picture” Shots – There is a saying the the three rules of photography are “Get closer. Get  closer. Get closer.” Most people are shy of walking up to their subject and filling the lens with whatever they are taking a photo of. But this is usually how you can get much more striking photographs. The sad fact is that trying to stand back and take an “overall picture” maybe with the intent of cropping it later, is a sure-fire way to get a mediocre shot. Fill the lens with the image that you want to have in the end.
3) Photoshopping it Later – With the invention of the digital camera and DSLR came the technique of simply shooting thousands of shots and then hoping one or two will turn out ok. Even worse are people who try to save their mediocre shots by running them through Photoshop after. Photoshop cannot make up for poor photographs. Spend a little time planning your shots and composing the image in the frame. Photoshop or any other photography software can be great, but the real skill is in only having to make minimal use of it. Photoshop skills are not the same thing as photography skills.
4) Using Inappropriate Equipment – You do not need a high-speed super telephoto lens to take a standard landscape shot. And you kind of look like a nonce when you try. This one harks back to the issue of people running out and buying gear that they haven’t really learned how or when to use. Don’t be one of those people! It really doesn’t take that much effort to look up a few guides online about the correct gear to be using in certain circumstances and for certain shots.
5) Not Knowing Your Camera – Ok, this one may have happened to most of us, but it makes it no less embarrassing. You’re setting up a picture of a group of people, you say “say cheese” and then press down on the button. Nothing. The camera doesn’t take a shot. You look down at the camera. People start to giggle. It’s not even on. Now, for somebody who truly knows their camera, there is usually no need to even take your eye away from the view finder. You can just use your hands to automatically go to the appropriate controls without looking. And that is what every camera user should be aiming at being able to do.
Now, there are potentially hundreds of mistakes that a new photographer can make so this list is nothing like comprehensive. In fact, we’d be very surprised if we didn’t have at least some disagreement over these being the top 5 at all. But when such mistakes are so easily fixable it would be a shame for a new photographer to not make the few minor adjustments needed to banish these ones altogether.