Let’s start by taking a little look back at my predictions for 2014. At the beginning of the year, I suggested that apart from the D4 upgrade and a new Canon 7D MkII, there would not be much in the way of DSLR innovation. This was pretty much true, apart from the above cameras most of the new DSLRs this year were minor upgrades. The Nikon D750 was an exception to that and was quite a surprise. 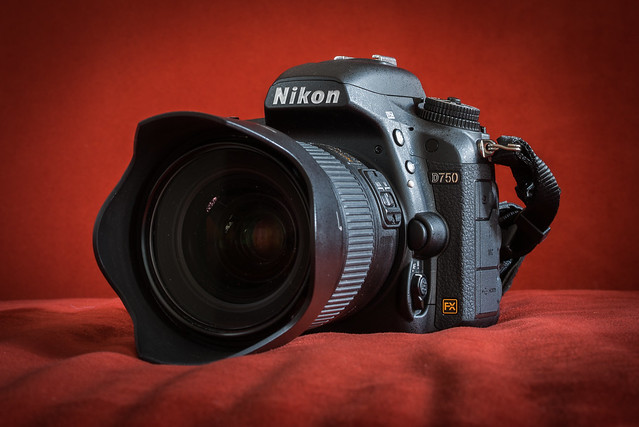 I didn't see this one coming. Photo by Henry Söderlund

I hinted that mirrorless would continue its assault on DSLR sales, and that indeed came true, the suggestion of a full frame mirrorless offering from Sony also came to fruition.

My prediction that 2014 would be the year Apple’s Aperture went to version 4 was entirely wrong, it in fact turned out to be the year Aperture was discontinued and Lightroom 6 also did not appear. I suggested that Adobe may tune its pricing policy for its CC products and that indeed was the case, the Photoshop photographer’s package becoming a popular choice for enthusiasts given it’s keen pricing.

In the mobile world, I failed to foresee the rise of the selfie, although I do predict its demise, at least from its current levels of infestation, in 2015. Maybe that’s just hope rather than foresight. Copyright infringements were still very much a part of the social media world, more and more fauxtographers appeared on Facebook, promoting their abilities with stolen images. So what of the coming year.

So, gazing into my crystal ball for this year, here are my predictions for 2015, based on nothing but what I read and understand from the photographic world and in no way based on any insider knowledge.

Having done very little in 2014, 7D excepted, 2015 will have to be the year that Canon step up to the plate. The question is whether they will push the megapixel race, challenging the Nikon D800 or push the speed and low light capabilities of the D750. Perhaps both. The fact is Canonistas are waiting for new products and hopefully Canon will be able to fulfil their needs
I suspect we will see an increase in the number of cameras being released without an anti-aliasing filter. The Nikon D800E and the Fuji X-Trans cameras have proved that this is an excellent way of increasing image quality.

The march of mirrorless system cameras will continue, the big players have interesting and diverse road maps for their lenses. Hopefully 2015 may be the year we start to see some good, fast telephoto primes for mirrorless cameras. 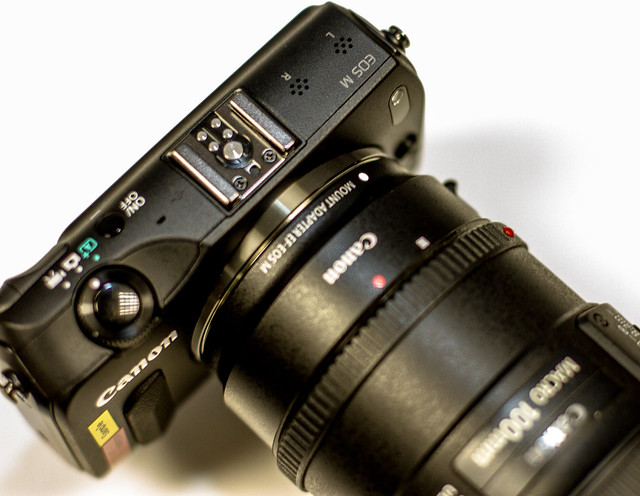 Mirrorless cameras will continue to be the main growth area in photography. Photo by Axel Bührmann

Electronic viewfinders will undoubtably get better, the Fuji XT-1 has been leading the way but expect higher pixel counts and faster response times. The holy grail for electronic viewfinders still remains removing lag in low light conditions. The trend for large sensor compact camera will also continue.  Although a niche, many photographers are finding these extremely good walkabout cameras.

Expect many of the new major releases for 2015 to include 4K video. 4K is definitely at the consumer level now and will only increase its user base this year.

Having retired Aperture in 2014, Apple also teased us with Photos. As yet all we have seen are a few random screenshots, nothing specific. However, my gut feeling is that Photos will be a little like the release of Final Cut Pro X. It will be revolutionary yet somewhat limited. If it follows the roadmap of FCPX expect it to be developed in to a powerful image management and editing program over the next couple of years. 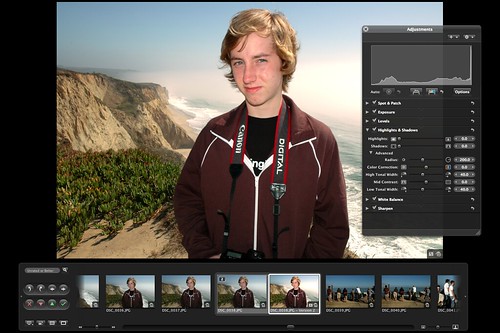 With Aperture discontinued, what will Apple Photos bring? Photo by Buzz Andersen

This year may well be the year of Lightroom 6, the current version has been around for a few years now. What Lightroom 6 will bring is anyones guess, the Adobe photographer’s package has put many more people within the budget range of Photoshop now, so perhaps Adobe will look at enhancing the image management side of the program and it’s integration with Photoshop. Expect video management to be enhanced, maybe with integration to Premier CC

Mobile Photography: My predictions for mobile photography are that it will move away from hardware and concentrate on software. I think we are reaching the limit of what can be achieved with a small sensor and lens. More mobile products will include ways of enhancing the image via software. Expect more RAW support, ways of increasing dynamic range and focus enhancement tools.

It is always difficult to predict trends in photography. As mentioned above, I suspect the selfie has reached its peak in 2014 but sales of selfie sticks might suggest otherwise. In terms of post production, professional photography has moved away from saturated imagery to more film like, muted colors, this may well be something that the enthusiasts will follow. 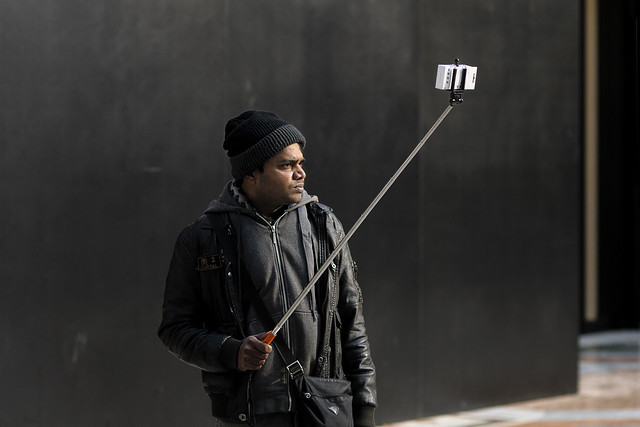 Film will continue a slow revival, with at least one start up hoping to develop a new 35mm film. Expect more niche companies to fill in the demand for home darkrooms too.

Given the scares of image ownership on social media, we may well see less imagery on the major social networking sites, perhaps a move towards more creative based niche networks with tighter terms and conditions.

Of course, I am neither a futurologist or medium so these predictions are entirely my own superposition. Come back in January 2016 to see how I have done. Meanwhile, check out my 2014 predictions here.