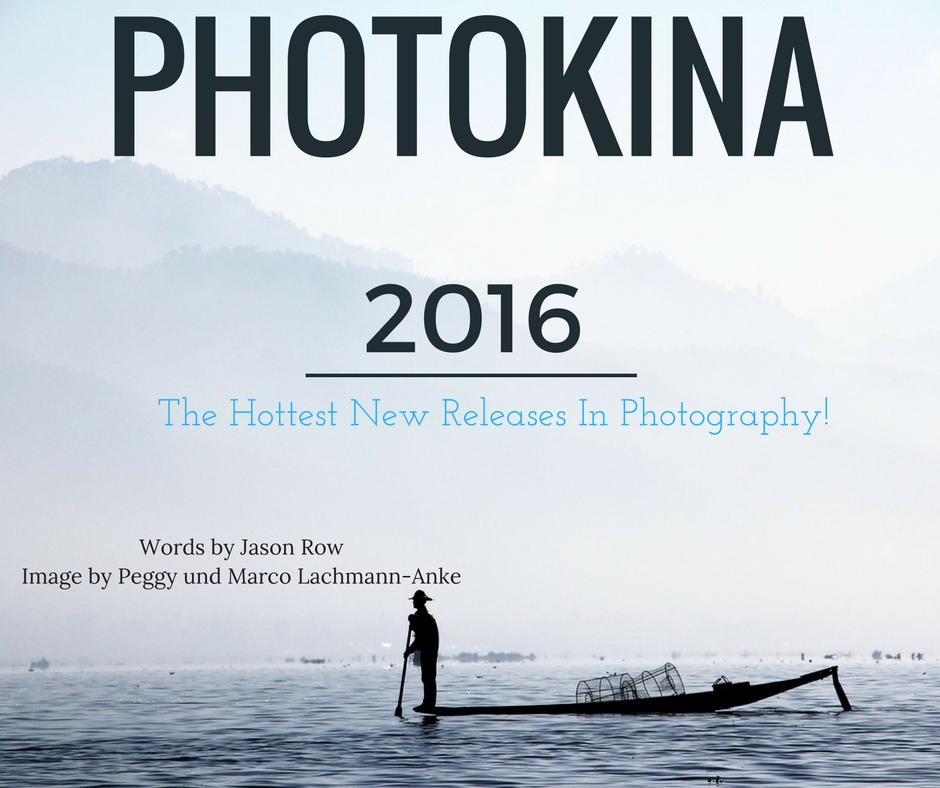 If you have been into photography for more than ten minutes, there is little doubt you would have heard of Photokina. Photokina is the industry’s premier show and manufacturers often release some of their most important products during the event.

Held in Cologne every two years, this year’s event featured over 1000 exhibitors from 51 countries. Some pretty significant products were announced this year at Photokina 2016 and today we are going to round up some of the most important.

Fuji has been hitting it out of the park in recent years with a number of “photographer’s” cameras. Rumours have been circulating for a while of a return to medium format for Fuji, therefore, their announcement of the GFX 50S was not a huge surprise.

It’s specifications, however, are sure to excite a good many people. The headlines are:

Announced as in development the Olympus E-M1 Mark11 is a 20MP Micro 4/3rd camera. It's headline features are:

Staying with Micro 3/4rd cameras, Panasonic announced the follow-up to its ground breaking GH4. The new GH5 headline feature is the ability to shoot 4K at 50/60p in 10 bit 4:2:2.

This will mean much improved 4K video quality. Also announced was a 6K Photo mode. This allows photographers/filmmakers to shoot short bursts of video in 6K resolution and pull 18MP stills from that footage.

Canon has struggled to match the big players in the mirrorless market and will be hoping that the new EOS M5 will go some way to alleviate that problem. The headline features are:

Sigma has built an enviable reputation for their Art series of lenses. This year at Photokina 2016, they add three new versions to the lineup.

Drone photographers and filmmakers will be interested in GoPro’s first drone offering, the Karma. Karma features foldable rotor arms to make the drone very portable and a detachable three-axis gimbal.

This allows users to shoot stabilised shot both in the air or on the ground with GoPro Hero5 cameras. The drone is available to buy with or without the Hero5.

Sony announced a successor to its a99, the a99 II. With a 42MP sensor, 4K video and 5 axis stabilisation it marks the 10th anniversary of the Sony Alpha series. The sensor features ISO from 100 to 25600 expandable to ISO 50-102400 and as is the trend in recent years features no optical low-pass filter for sharper images.

The sensor features ISO from 100 to 25600 expandable to ISO 50-102400 and as is the trend in recent years features no optical low-pass filter for sharper images.

A fairly quiet Photokina 2016 for Nikon’s mainstream products, however, they did announce two additions to their action cameras, the KeyMission 170 and KeyMission 80.

Of course, this is just a few of the highlights of what seemed to be a pretty busy Photokina for announcements. Some interesting products, perhaps the most significant being a mirrorless medium format camera from Fuji. As photographers, right now, we live in exciting times.

Before you drop in your comments below, if you're interested in significantly improving your Landscape Photography, this guide “Landscape Photography Guide” is just what you're probably after.
Aside from camera technique, it will show you how to take those shots you captured out on location and transform them!

Great article cant Waite to use the tips.