Ever lost a stack of photographs because your portable hard drive packed it in? It’s a painful lesson and one that every photographer learns at least once in their lifetime. Back up your work! The problem is that when you take your photography addiction to strange places, bad things can happen to your hard drives and it’s a real possibility that you will lose your digital files.

Well, it’s not a problem that is unique to photographers. Plenty of people have problem with safe mobile storage and that presented an opportunity for some clever people. When geeks and engineers get together with business process people to solve a problem, very good things can happen. For photographers like us, the ioSafe rugged portable hard drive might be one such solution and we were lucky enough to get our hands on one from the folks at ioSafe. 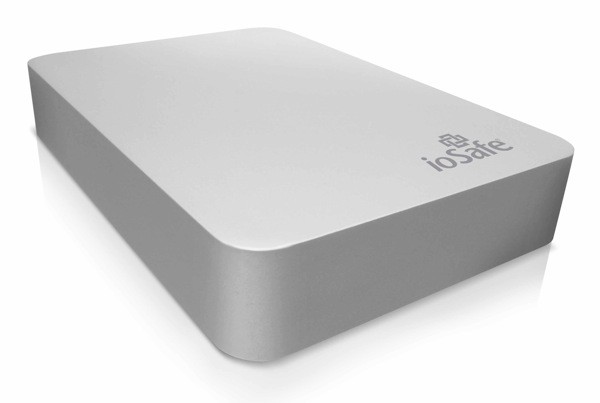 According to ioSafe, it is “the Go-Anywhere™ storage solution that does more to protect your data than any other portable drive.” That’s quite a claim and one that might pique the curiosity of a lot of photographers. Maybe even make a few skeptics.

Of course, one of the big pain points of being a photographer is safe data storage solutions. In this case, this hard drive would claim to solve, as much as is possible, the problems associated with hard drives failing due to environmental conditions (travel photography, anyone?). Once you get past the standard bells and whistles (in our case a 250GB model with USB 3.0 and USB 2.0, FireWire 800) you will probably be more concerned with performance in extreme conditions.

So What Can It Put Up With?

According to the manual, the ioSafe can take quite a beating.

So How About Real Life?

Well, the ioSafe people kind of threw down a fairly big challenge to folks when they released this. With all of their claims there were always going to be people to wanted to see if they could break the device and this went way beyond what would typically happen to a hard drive.

Here is a video of a guy dropping a truck on the ioSafe:

In other real life demonstrations, it seems to be able to put up with quite a lot of punishment too, including getting shot (editor's note: WTF!?!) and sitting in ice, frozen (-10 degree running and -50 degrees not-running):

Surviving experiments like that gives you the impression that it should be able to survive the much more rudimentary, but likely daily scenarios of being dropped and whatnot that are the most common issues for travelling photographers.

The real unique selling point of this device is that it comes with its own data recovery service. If you cannot get your files off this drive then the ioSafe folks will try for you with up to $5000 of forensic data recovery services coming as standard when you buy the drive. While this may not meet the strict needs of many commercial photographers (who we hope are backing up their commercial shoots on multiple external drives anyway), it certainly could cover the costs of many other photography situations.

What are others saying?

This device is getting some fairly glowing recommendations from some heavy hitters. C|Net listed it as one of their top 5 external hard drives recently and PCMag gave it similar wraps. (Check those articles for some other pretty amazing hard drive options too).

In terms of a practical portable harddrive for a photographer, the ioSafe is a solid choice. If you can get past the weight issue, then the upsides cover all of the most common problems that you are likely to endure with your files. The $5k of forensic recovery service if you seriously cannot get your files off the device is also a nice touch. For the rugged travelling photographer, this might be the missing piece of kit that you always wanted.