Recently, we suggested seven ways to take better shots with your smartphone. Although that article was a technical guide, we had a number of requests for an article about the best smartphone apps for photography. Of course there are literally thousands of photographic apps on the market for all operating systems, but in this article we will concentrate on those that solely enhance the capabilities of your phone’s camera.
ProCamera 8.0: This IOS only app features a beautiful and very user friendly interface that allows quick access to a range of advance level camera functions. Although it also features editing abilities, it is its camera functions that make it stand out. These include the ability to record files to the .TIFF format, a burst mode in full camera resolution, image stabilisation and a useful full screen trigger. This allows you to touch anywhere on the screen to trigger the exposure.
There is also a remote control when paired to an Apple Watch and an intervalometer. ProCamera 8 is available from the iTunes App Store for $3.99 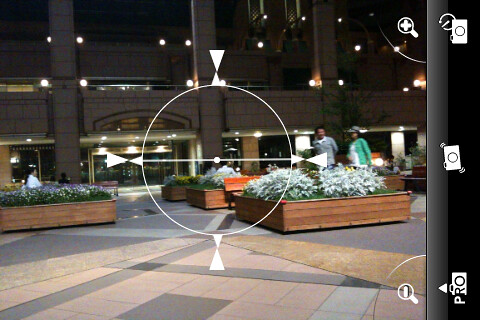 ProCamera for iPhone, by Tatsuo Yamashita

A Better Camera: This interesting Android app has combined a number of open source camera apps into one package. The App is free but there are some premium features that can be added through in app purchases.
Some of the functions that A Better Camera has packaged together include manual control over exposure, ISO and focussing, a white balance setting, continuous shooting, night mode and HDR.
One of its biggest criticisms is its sometimes confusing interface. This is probably as a result of the fact that it is several apps in one.
OneShot: This app is designed solely for Windows Phone 8 and is built on the Nokia imaging SDK. It costs $1.99 from the Windows App store but is available as a free trial. The trail version does not allow you to save images to the phone.
It features the ability to control contrast, brightness, saturation and white balance on the fly. You can also choose to focus manually, set the ISO and add real time filter effects. This is all wrapped up in an easy to use interface.
Camera+: This is one of the oldest and best selling IOS camera apps around and for good reason. The app concentrates on providing functions that photographers will regularly use such as easy manual exposure and focus controls, a variety of preset shooting modes, image stabilisation and a grid overlay to help in composition. It will also access the iPhone’s fill light to use as a flash and provides a 6X digital zoom. Camera+ is available on the iTunes Store for £2.99.

Manual Camera: This Android app requires 5.0 Lollipop and is gaining a reputation as an excellent addition for Android photographers. Priced at just $1.99 it, as it’s name suggests, concentrates on giving a range of manual controls to the smartphone photographer. These include shutter speed, focus, ISO and white balance. It also allows you to save to Adobe’s DNG raw format for use in Lightroom mobile. You will need to check your phone’s compatibility before downloading this app.
Camera Awesome: This app is one of the few that is available for IOS and Android and is an editing suite as well as a camera app. One of its more interesting features is the inclusion of compositional overlays such as thirds and the golden spiral. You can define what area to meter from by touching that location on the screen and manually control exposure and focus. Burst mode is included as is image stabilisation and intervalometer.
Another unique selling point of Camera Awesome is its integration to Smugmug. This means you can directly upload your shots to your Smugmug site.

This is only a brief overview of some of the better apps available. There are many others available and new ones being developed almost monthly. For this article we have tried to give a broad overview of apps available on the major mobile platforms. If you have any further suggestions, let us know which ones and why on our Facebook page.