Getting a used lens can be a little nerve racking. I have to admit I have tried to avoid it. But when I asked if anyone had had good experiences in buying a used camera lens, our Light Stalking community on Twitter said they were surprisingly happy to flesh out their lens collections with used lenses. We put out the challenge to them to tell us how to buy a used lens without wasting our money or getting ripped off. Here is what they had to say. 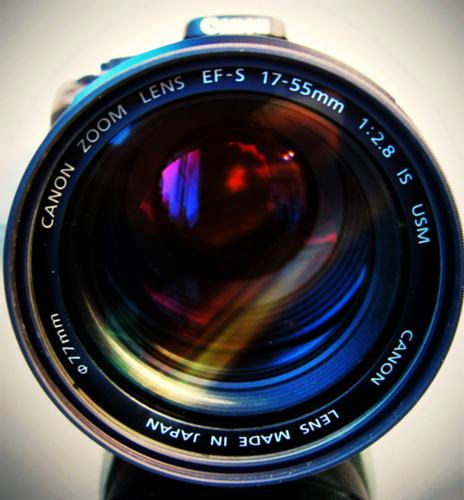 Not surprisingly, the majority of Light Stalking’s Twitter buddies sent in tips about getting the lens in your own hands and testing and checking it. Their advice centred around thoroughly testing out the camera and involved a few tricks for doing that easily and well.

Perhaps the attitude of this group is best summed up by PW Richardsom who said, “Test the lens before you buy and if you can't test it, don't buy it!” (PWRichardson Imagery, Twitter: @PWRichardson) To be honest, this would more or less sum up my own bias if I were to step into the realm of used lenses, but not every photographer thinks this way. Read on!

While a lot of responses stressed that they would only buy a used lens if they had tested in themselves, a few others were happy to buy second hand lenses sight unseen, provided that a few key elements were in place too. All the of the photographers who said they would or have bought second hand lenses without seeing them first stressed that they had done their research on the seller prior to parting with any money.

This basically means mitigating your risk by making sure you only buy from reputable sources.

To be honest, I was a little surprised at how many people twitted back to us hailing the validity of buying second hand lenses as a way to both save money and also to expand their lens collections. I thought it would be far fewer. How wrong I was!

That being said, I think a combination of the above tips would probably help hugely. If you can see the lens for yourself, then make sure you go through the initial set of tips. If you cannot see it for yourself, then make sure that you’re at least buying from a reputable source. Once you’ve established the credibility of the source then use the first set of tips to formulate your questions regarding the lens you plan on buying. Has it been dropped? Is there dirt on the aperture rings? Is the focussing smooth or loose? How much has the lens been used?

By doing this you protect yourself and give yourself the best chance at getting a quality used lens.

Unbelievably enough, I needed this guide only a few days after you posted it 🙂
Thank you! Helped a friend to buy a Nikon 17-55mm using your list!

Haha, glad to hear it was useful! I love knowing that!

Allan 64 212373444 Really interesting what your doing. I have an idea if your interested
Skype: fotoaj

I’ve bought about 10 used lenses over the years. Safer than buying a used camera or flash for sure! Though I agree with just about everything you’ve said, I would say that in most cases you’ll be just fine buying them used 🙂

Watch out for shady deals outside of reputable sites. IE: don’t paypal someone money through a forum. never use western union.

This is a great post and very helpful for me since I’ve been thinking about buying a used lens. Good work!

Good tips. Thanks, everybody.

I buy lenses on craigs list. Its one of the cheapest ways to buy.
I stopped buying from ebay since they prices are higher and because currently ebay is losing a lot of customer and seller base so there is very little selection. Ebay has been taken over buy powersellers, rarely do individuals sell anything anymore because of ridiculous prices. Well enough vent. Just buy your lenses through craigs if they are there, if not there are quite many forums out there in which buyers and sellers meet

@ben – thanks for the tip – but how do you protect yourself from scammers on craigslist? Or do you just buy from locals?

When I started to take photos back in 2006 I bought a basic kit in a store. Since that I don’t think I’ve bought a new lens even though I’ve had around ten different ones by now.

The good thing is that if you buy a used lens it will more or less keep it’s value. I’ve sold lenses for more than I paid for them more than once even though they were now 2 years older than when I bought them.

If you buy a new lens and want to sell it again you’ll lose at least 20% of its value.

I’ve also bought a used camera house and a few flashes. The most stuff I’ve collected in person but I live in Denmark and the used selection isn’t always great so I’ve also used Ebay a few times with great success.

This has been very helpful as I have been skeptical of buying used when there aren’t many local sellers available.

I’m just about to get my first dSLR. I am confused whether to go in for a used camera & invest more on brand new lenses or whether to buy a brand new camera & buy used lenses.

check lens by rotating under inside and outside light for dirt on inside glass. Check lens for zoom creep by using zoom while facing up or down

I hadn’t seen this until after I bought a second hand lens. Really it’s just about using common sense and doing your research.

I asked the seller of a lens I was looking at questions about it (sceptical about the condition because of the price), and looked at the images posted carefully, and in the end got a lens worth about £250-£300 for £137, plus a skylight filter thrown in. And it works flawlessly.

Is there anyone facing similar rss feed issue Anybody who can assist kindly respond.Don’t know why Fail to subscribe to it.

I bought a Canon 24-70mm f2.8 USM lens from a chap on Gumtree, I arranged to meet up with him and gave the lens a thoroughly good look over, and testing it with my own camera. After parting with the agreed amount I walked await with a brilliant lens. The only thing I would suggest is if anyone is parting with cash is to arrange meetings in a public place, I think less likely someone will try to rip you off? I continually looked around to see if anyone else was watching us.
I agree with the tips when buying a used lens, more information for us togs the better we are prepared.

I’ve bought all of my gear, 1 lens excepted, used from the local classifieds (craigslist, kijiji).

As well remember to take a small flashlight with you. Open the aperture (if you can depending on the lens) and shine the light through. Look at the glass on the opposite side. Do it in each direction. This will expose the dust that is inside the lens as well as exposing any marks in the glass itself.

Take along a cleaning cloth and a lenspen and make sure that you clean the lens up to get the best indication of what you are getting.

Use common sense and make sure that serial number’s aren’t ground off and all operations are normal as everyone else has stated.

Enjoy the bargains that can be found!

Simply amazing. I made a couple of mistakes with my Canon 7D lenses so great to see things can be done differently.