With news DSLRs becoming better and better, more photographers are taking the leap to using their gear to shoot video. Let's take a look at some of the strategies you can use to make sure your video turns out as well as your still shots.

Perhaps the biggest difference is that when you shoot a still photograph, you are attempting to capture a moment in time, “The Decisive Moment” as Henri Cartier Bresson described it. With motion photography your primary goal is to tell the story in which the moment happens. Theoretically you could do this by just letting the camera run in a single position, but this will lead to a somewhat boring video clip, where the decisive moment just comes and goes. The key to compelling video, is to create a combination of interesting shots, that combine to tell a great story.

So what are the compositional differences between stills and motion. Well believe it or not, most of the rules that apply to stills, also apply to motion, the rule of thirds, leading lines, all have a place their place in video. However bear in mind that High Definition video works in the 16:9 format not the more common 4:3 found on most still images. This is actually an advantage – you have more space to the sides of the image to create framing effects or to lead the eye to the subject. It also gives that cinematic feel matched only by panoramic stills.

One of the most important aspects to motion composition, is getting it right in the camera. Because at best your image size will be 1920×1080 pixels, you have very little room for cropping, and indeed cropping into video footage even 10% or so can dramatically reduce image quality. 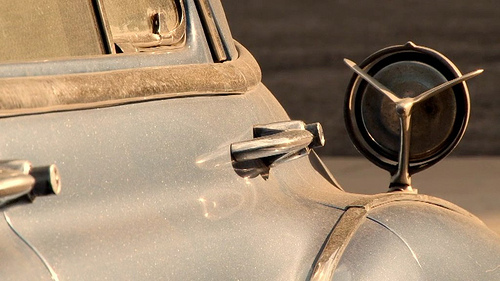 Get it right in camera. Compositional rules still apply

The most difficult aspect that photographers find when moving from stills to motion, is movement. The natural tendency for people new to video, is to use movement in every shot, zooming in and panning around being very prevalent. Take a look at a well crafted film and see how many times the camera is panned or zoomed. In the case of zooming virtually never. The way it is done in film is to take a wide shot, change location and take a medium shot then change location again and take a close shot. Panning is reserved literally for panoramic views, it is done on a tripod and it is slow and smooth, it is not done often, and only to convey the sense of place.

It's Video So Take Advantage of Motion in Static Shots

Another element key to motion photography, is using static shots with motion in them. Here the camera will be locked off and the subject will be moving through the frame or within it. For example in a close up of a flower you would wait for the wind to blow or for an insect to land. If shooting a building, wait for traffic or people to pass through the shot.

Motion in a static shot

Combine Shots to Tell a Story

To create a great story you need to have a wide selection of interlinking shots that can be edited together to lead the viewer through the story. For example a simple scene of a person walking along a beach would comprise a wide shot, to establish the scene, a closer shot of the person walking and maybe a series of detail shots to establish the story, these could be the person’s feet walking across a close up of the sand and leaving footprints, the waves of the ocean both wide and close up and palms leave gently blowing in the wind. When all these element are combined with good editing the will convey not only the story but the sense of place.

One of the big advantages of DSLR’s as video cameras is their ability to shoot a shallow depth of field. This allows a cinematic technique called pull focus to be used. Here you will focus on one element of the scene with the rest out of focus. Then by slowly refocusing the lens whilst shooting, to another part of the frame you instantly draw the viewer’s eye to that part of the image. Because DSLR lenses are not designed with this effect in mind, you will need to practice it and you will also need your camera to be mounted on a good tripod.

These are but a few of the differences between stills and motion shooting. The stills from this article were taken from a short film we made about Havana.You can see the whole film here. Today’s DSLR’s are capable, in the right hands of producing stunning, cinematic quality footage and there is no reason, why you cannot use your photographic creativity to produce some great looking movies.