When Adobe first announced that their seminal editing program Photoshop was moving to a subscription basis, there was, quite rightly some deep concern from photographers, including myself. Indeed the initial pricing of just the Photoshop package was aimed at professional photographers and could be considered a luxury for anyone for whom photography was a hobby. In recent months and for whatever reasons, Adobe has created a specialist photographer’s package that not only includes Photoshop but also Adobe’s premier image management program Lightroom. The main selling point of this new package is it’s price, $9.99/£8.79 per month, putting within the reach of most enthusiasts as well as professionals. Let's take a look at why this is such a great deal. 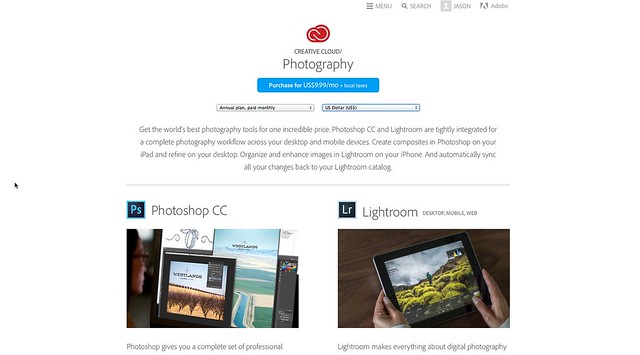 The Adobe Package for Photographers

At $120 a year if you pay for a year, $144 per year on a monthly basis, it represents remarkable value. To put that into perspective, to buy the last retail release of Photoshop, version CS6 it would cost you $699, less if you upgraded but the upgrade path only allowed upgrades from CS5. Many photographers skipped a generation of Photoshop, feeling the upgrade prices were not good value compared to the additional features. With the subscription service, it would take 5 years to to reach the price of CS6 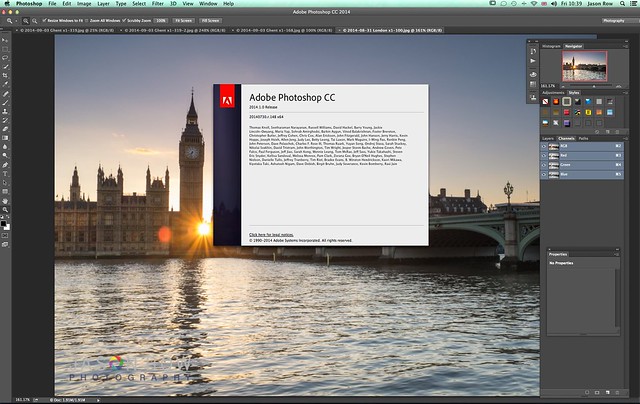 As we mentioned at the top, the CC package for Photographers includes not only Photoshop but also Lightroom and the newly released Lightroom Mobile a powerful handheld version of the main app that allows photographers to not only catalog and organize their images on iPhones and iPads but also carry out image manipulation on the go. All of this will be synced with your main Lightroom catalogue. It is a tool that is not to be underestimated in it’s usefulness for photographers on the go.
Another powerful element in the package is the Creative Cloud itself. The cloud allows you to collaborate with other users, share work files and download presets, fonts and brushes etc from fellow users. It is also the link between Lightroom and Lightroom Mobile and provides 2GB of online storage included in the basic price which is expandable at extra cost. 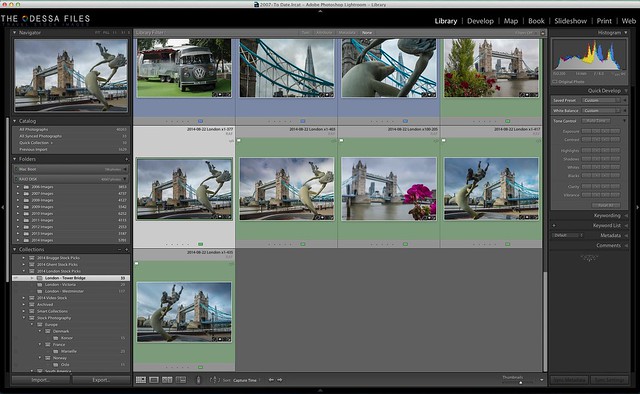 Lightroom is the “to go” app for image management 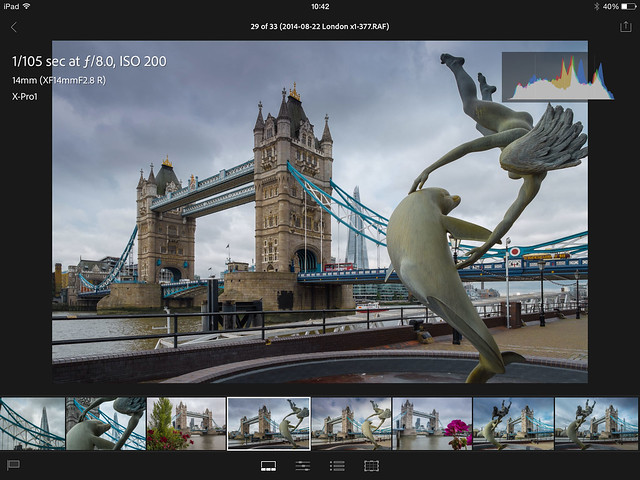 The package allows access to the powerful Lightroom Mobile

Lastly, the CC package also provides you a free Pro account with Behance, the social network for creatives. This is a useful tool for promoting your work amongst your peers and potential clients. 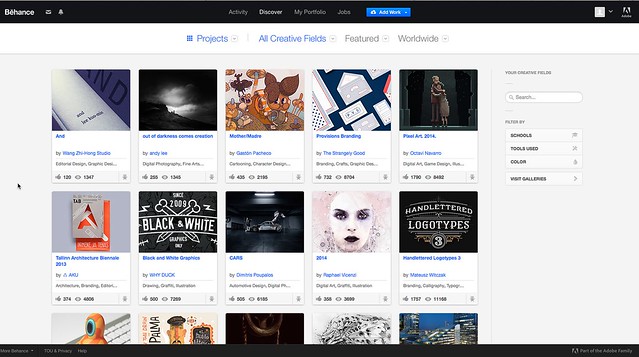 Behance is a powerful network for creatives

One of the biggest advantages of Adobe’s subscription service, is that it allows them to bring more frequent major updates without having to repackage the product as a new version of Photoshop or Lightroom. Indeed Photoshop itself has had 5 major updates since its release in late 2013, the most recent coming in June, updating Photoshop to CC (2014). This version brought a range of improvements across the board, including significant changes to smart objects, an automatic focus masking tool and improved up sampling, allowing dramatic resizing to relatively low res images.

The fact remains that Adobe produce the most powerful and popular editing and management apps for both professional and enthusiast photographers alike. Not only that, Photoshop and Lightroom have been designed from the ground up to work seamlessly together, allowing you to roundtrip between the programs at will. In this respect, there is very little competition for Adobe’s products.

Like others, I was dismayed at the idea of a subscription service for some of a photographer’s most important tools. However, with this dedicated package for photographers, Adobe has not only maintained their professional user base but potentially dramatically increased the number of enthusiasts that can afford the product. If that leads to greater sales, then the hope is Adobe will continue to improve the power and usability of their products.

Details of Adobe’s CC package for photographers can be found here.

So the price is really $12 a month or $120 for a year. I know I’m splitting hairs but it is different than the sneaky marketing pitch $9.99 a month…

Thanks for the correction. I tend to agree, sounds like a good deal…

I disagree it is simply a marketing trick for Adobe to make more $$$ I will stay with the ;local versions!

lol – of course they want to make money. They are a company.

I have been paying this price, for these products, since the CC launch. This is exactly the price and bundle that many people were complaining about.

It is a good deal ONLY if you look at the cost but what is for some reason, there is one month where i can’t pay the monthly fee, do i still have access to the product? What if i go on location without internet access (yes, there are still places like these and most are just gorgeous) how do i authenticate my copy? What if an update no longer works on my older computer, can i stay on an older copy until i can buy a newer computer.

Yes, this new model might be more cost effective but there are reasons having a static non-cloud dependent copy more rational. It is a shame that Adobe did away with this product skew. I hope they continue to maintain and update CS6 for thos of us who do not want to “update” to this ” better” model.

The full cost of the suite was never an issue anyway. For those of us who buy Photoshop, we use it for work. This means either our company buys it for us or we buy it and write it off as a business expense. Believe it or not, we are not Adobe’s target market here but the piraters who “download” photoshop and use it without buying. They are hoping the $9.95 a month will make these epople honest. They never bought it before why would they buy it now?

I will not encourage this “rent your software ” model. For this reason, I have been actively searching for alternatives to Adobe products.

I use Lightroom now, but the day they add this to the “creative cloud ” line will be the day I move to the alternative.

A lot of people share that sentiment. It’s interesting, because we have exactly the opposite experience with software. With Light Stalking, we will happily use monthly cost software on the site because we know the developers have an incentive to keep it up to date and secure. We have had nightmares with buy it and forget about it software (I am mainly talking about web apps, but the logic holds I think).