Many portrait photographers try to use wide aperture lenses in order to blur the background for more depth in the image. Every landscape photographer I know, struggles with having the perfect light conditions in order to gain more depth to the image. I’m not talking about depth of field, but about the sense of depth, that three-dimensional feel.

I’m mentioning this because lately many photographers seem to forget about using the foreground effectively. 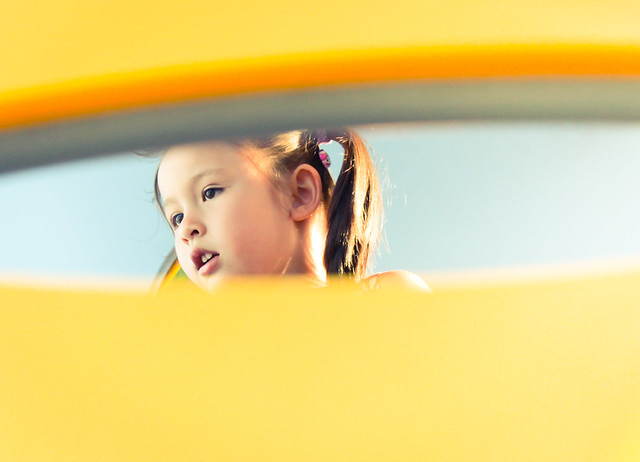 In portraiture, foreground is important since it adds to the sense of scale and position. It gives the feel of the size and selection the image has. Additionally, it can be used to frame the portrait or landscape better, for that matter. Even though it is always blurred since it is close to the lens, it makes the image less confusing for the brain and adds more cinematic feel to it. Movie producers often use foreground elements to add to the depth and drama of the image, even though it is a motion picture. In fact, it is even more effective there.

Another thing that works in favor of a well-thought foreground, is that it makes the image, or should I say the scene, less fake. It looks much more natural and spontaneous instead of being set up. 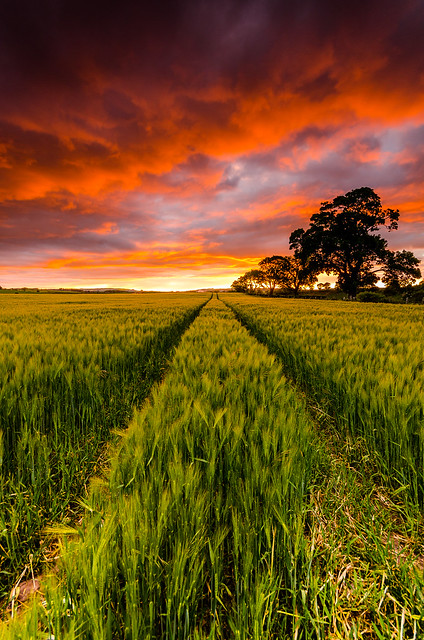 Photo by Jonathan Combe
Here the grass is subliminal foreground with leading lines towards the background.

As Important as the Background

It will not be wrong to say that foreground is as important as background in an image. It makes a statement and it puts everything in order. If you are careful enough it can be used to add more than just depth to the image.

It doesn’t have to be much, it can be as subtle as snowflakes, dust particles, one or two falling leaves and such. Or you can go exactly the opposite way and not be subtle at all. As mentioned earlier, you can use a foreground as a frame, in literal and nonliteral way.

For example, you can shoot through a window, and use the window frame as a frame, that being the literal way, or you can use, let’s say, an opening between trees or bushes to use as a frame for the non-literal way. Remember, it doesn’t have to be windows and bushes all the time, think outside the box, you can use pretty much everything in that fashion. The trick however is to keep the subject at the right position of the picture so your eyes won’t be stuck on the loop between foreground and background. Having your subject lost between both is really not a good way to go.

Wider apertures help quite a lot in this scenario, since if the foreground is too sharp it becomes too distracting. If you can’t get your hands on a wide enough aperture to do so, try having your foreground quite close to your camera in order to blur it out.

If you have time to plan, using the foreground to guide the eye towards the subject is quite useful when you want to have everything just right on the picture. Often our brain finds the way anyway, but when scrolling through several images it can make an image stand out because it was way too easy for the brain to figure out where it needs to point the eyes at.

Combine that with good lighting and non-distracting background and you have your recipe for a great shot.

On the image above, the photographer used foreground and background quite smart, the leaves being a subliminal foreground while the background complements the subject. Probably the reason why that image is quite popular on Flickr.

On this image, for example, the fence is a good guiding line towards the lighthouse which points at the sky with the light. Here the background is the subject as well therefore it is quite literally perfectly played. Hence the high view count as well.

hi,i m beginner photographer i always fAce a problem in angles while clicking the image. can u guide me in that

Thank you for this article….

You are welcome Kim.

Sonam, if you are talking about tilt (uneven horizon) best thing to do is use the grid in your live view to practice the way you frame the shot with the horizon being even. If you are talking about the angle of view (in terms of focal length) that is purely up to you and all you need to do is practice photography, in time you’ll figure out which scenarios are best for which focal length. When it comes to landscape it doesn’t always mean that you need to use wide angle lenses, it is all about the composition. Read this article about composition and perspective, it will clear up some aspects. https://lightstalking.com/landscape-photos-perspective/