Photographing a beautiful landscape is an activity that touches just about all of us. Whether we're in our backyard, or trekking into a mountain range, a breathtaking view is always worth capturing. However, sometimes those photographs can be disappointing, as they don't accurately portray what our eyes witnessed. There are a number of factors that can contribute to this dilemma, but the primary culprit is composition. Without utilizing the tools of composition, a majestic mountain range can look flat and not so majestic. Another difficulty in producing great landscape photographs is the unpredictability of the situation. What is the weather going to be? What access will we have to different points of view? As photographers, we're often required to make choices of composition on-the-fly. One tool that is easy to use, “generally” readily available, and works wonderfully with landscape photographs- is the “frame”. Today, we're going to talk about how framing can enhance your landscape photographs.

For those folks that are new to photography- A frame is an object placed within your photograph that “frames” the main subject. Think of a picture frame. We use a picture frame to accentuate the picture or painting within it. A frame in composition works the same way. In landscape photography, a frame could typically be a tree, tree limbs, rocks, a fence, or a building. The main prerequisite in the use of a frame is that it supports the subject. It directs the viewer's eyes to where YOU want them to go.

Frames can be found in nature, created by the photographer on location, or created in post-production.

Here are some examples and tips on how you can incorporate frames into your own work!

A basic, (and important), use of a frame is to establish depth. By placing an object, or objects, of a relatively known size close to the camera, it accentuates the vast landscape beyond it. This is one of the simplest ways to give your landscape photographs a feeling of depth! 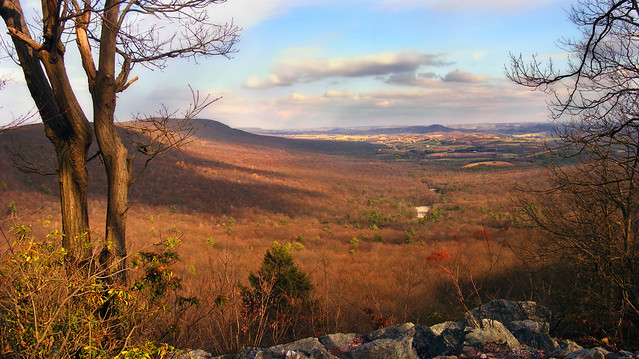 By placing a frame on either side of your landscape photograph, you get two benefits! First, you're adding depth (as previously described), but you're also forcing the viewer's eyes into the center of the photograph; almost as a “tunnel effect”. Part of your job as a landscape photographer is to seek out elements that you can use as a frame- while at the same time making sure that your framing elements don't overwhelm the subject matter in the background. 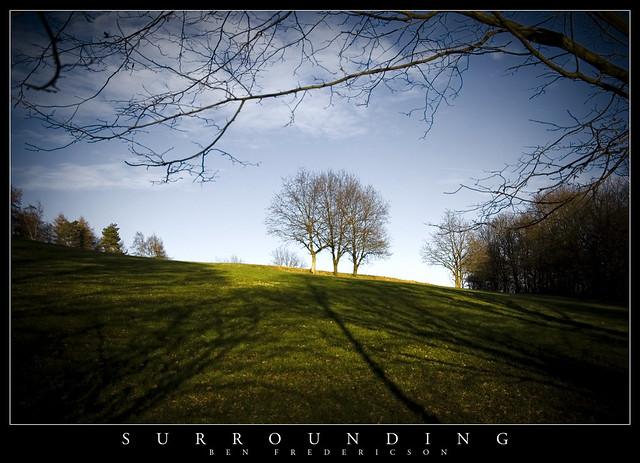 Suppose you've stumbled upon a beautiful scene but there is no natural frame available? Or perhaps what is available isn't particular appealing. You could “create” a frame using the time-proven technique of a vignette. This could be accomplished in-camera through the use of filters, or, it might be easier to control and fine-tune using post-production software. The nice thing about incorporating a vignette (as a frame) is that you can apply it to just about any situation, and you don't have to make that decision immediately. 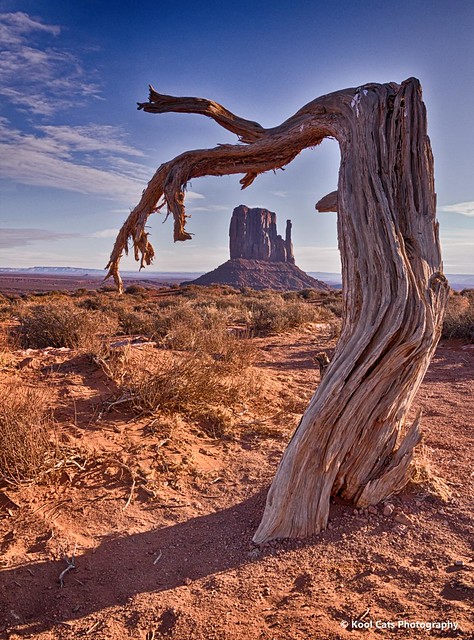 Another possibility is to incorporate the frame so that it becomes part of the subject! This photograph uses one natural object to frame another natural object. It works well because of a similar color and texture. Do you think this would work as well if the object in the foreground were an unnatural object or a vastly different color? Probably not. The reason being that the frame would be too large, and dominant, compared to the landscape behind it. Evaluate your use of a frame carefully. Does it add, or does it detract, from the landscape behind it? 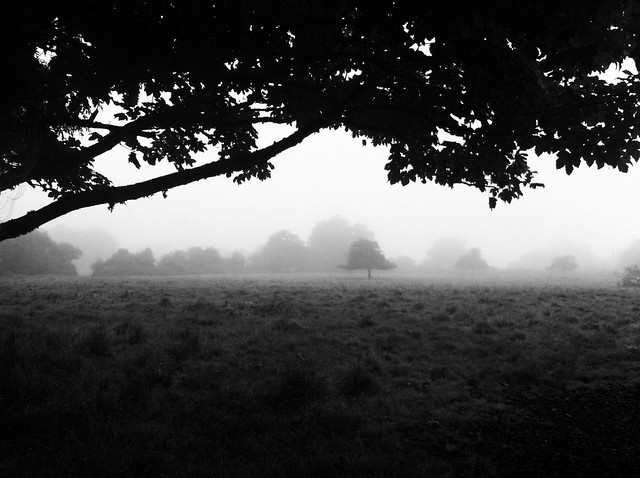 A major advantage to adding a frame is the additional contrast it provides. Haze can be a major issue in landscape photography. Haze can be created by atmospheric conditions, weather, or even pollution. The result is that everything beyond a certain distance looks washed out. By adding a frame, especially one that is in silhouette, you'll bring some important contrast back into your image. This also adds to the feeling of depth. Even though we don't generally think about it, we are used to seeing distant objects through haze. By adding the contrast back into the equation, the resulting photograph will mimic out natural vision. 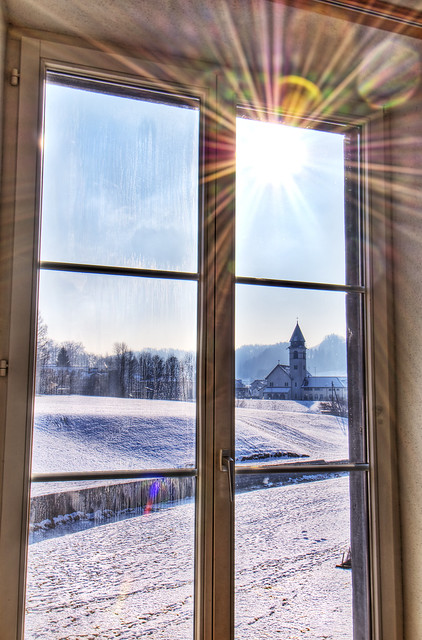 Introducing a man-made object to frame your landscape photo can be quite successful. The use of a doorway, window, or other structure forces the eyes through to the background beyond. It can also establish a sense of place or mood. This photograph does an excellent job of using the frame for all these benefits. Not only does the viewer enjoy the landscape, but they get a strong sense of the place where the picture was taken. That sense of place would be lacking without the window. 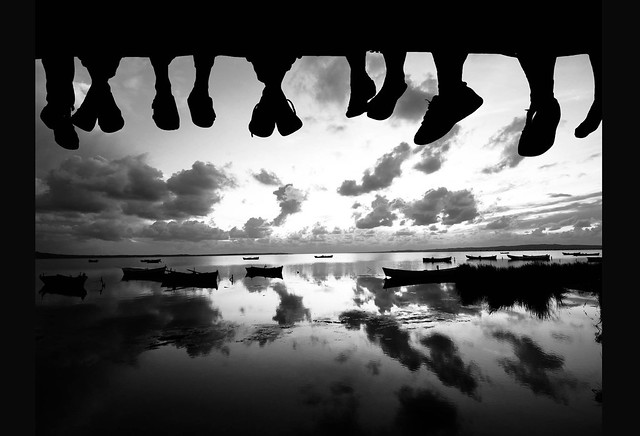 Sunday means get together

Adding a frame can also add to the story. This image has a spectacular sunset in the background, but if you remove the feet, it becomes somewhat ho-hum. The feet, which frame the background, are definitely a major part of the story; remove either the feet or the background and neither image is as strong. When searching for a frame, don't just pick anything that's available, try to make it relevant to the story you're telling. 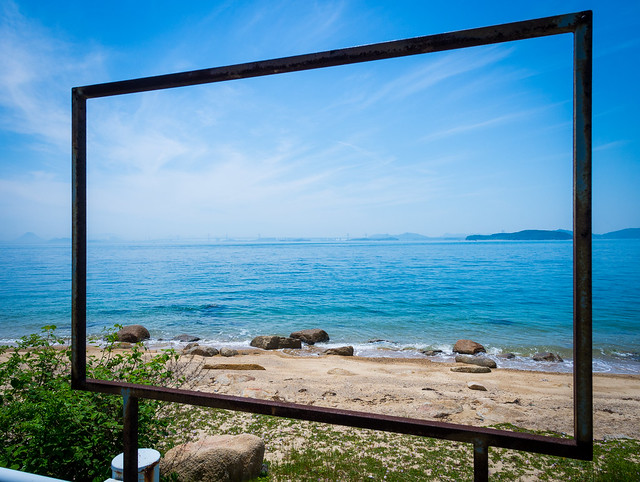 You can also choose to make the frame, “the subject” of your landscape photograph. This photographer chose to do just that. Remove the metal framework from your mind and then look at the image behind it. Is it pretty? Yeah, kind of. But it's definitely lacking something. By incorporating the metal framework, the photographer has created a picture within a picture. This won't be your most common use of a frame; but don't rule it out. Some day it might be the perfect solution to one of your landscape photographs! 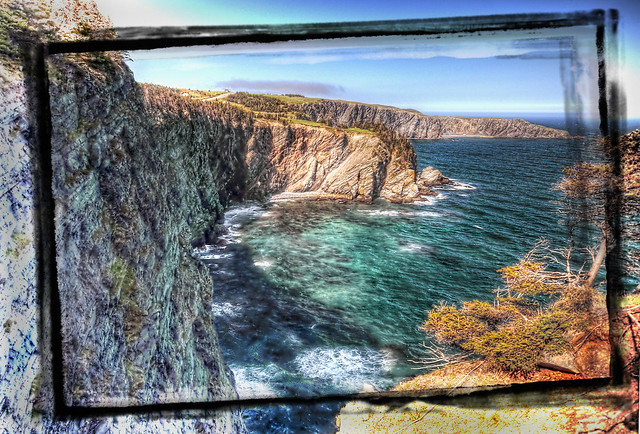 This photographer also chose the creative solution of creating a picture within a picture. However, they did it in post-production. The point here- you have many options!

Keep these points in your mind.

Best of luck in your endeavors!

Thanks for this great explanation. I understood through experimentation that a landscape image improved when I had an object close to the camera, but I never knew that establishing depth was the reason why.