Photography isn’t just about photographing happy moments. Every photographer will need to work on unfortunate events at least once in their lifetime. Moreover, those who do portraits know that emotion can be shown best on “sad portraits”. Take homeless people, for example, or people who live in poverty. Pictures with subjects like this are simply powerful. They tell a story and share a point that empowers people do act. However, what happens to the subjects on those photographs? What can you, as a photographer, do to make them feel less exposed to the public? Have in mind that they probably don’t want to be seen in that position by millions and millions of people on the internet, no matter how “dramatic” the shot is. 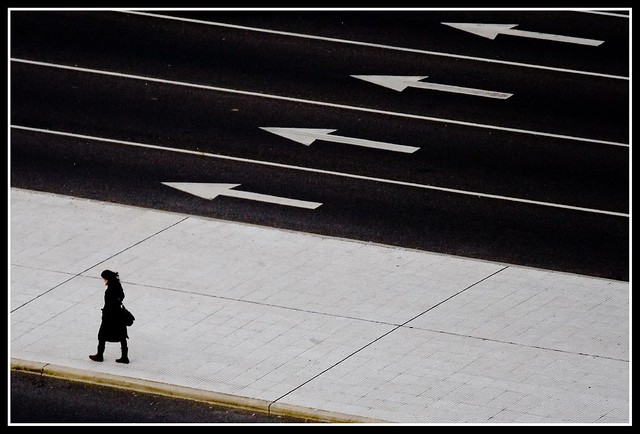 For instance, in my country and the region it has became a trend to photograph people of this sort just for “likes” or “shares”. But should you really do it for that reason?

Firstly, put yourself in the position of your subject. Would you like a photo of the most difficult time in your life roaming the internet allowing some stranger to become popular because of it? As the photographer, do you think that would be fair to the individual whose picture you are taking? Yes, they might be on public property and it's not against the law, but what about the ethical and moral side of the matter?

It is not always all about the internet points you’ll get once you build yourself as a good photographer. Gain your points by doing what is right, not what is easy. It isn't that hard to take that kind of picture – the mere expressions of the people and the feel of the scene will do most of the work for you. I challenge you to create an image that is just as powerful and popular, conveying the same message without involving the people in those situations. 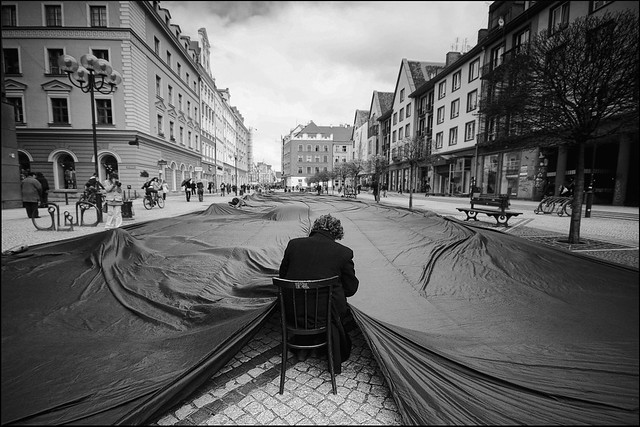 This might sound like a rant, but I never liked that sort of photography, and I’m seeing that it is becoming more and more common. There are a lot of similar videos on “Youtube,” as well. Also, whenever people mention “street photography,” they instantly think of homeless people. Street photography should be about everything on the street. Yes, homeless people are a part of it, but all pedestrians are, too. Kids being kids, critters, cars, and other sorts of people doing everything else are there, as well. The goal is to capture the diversity of the human race and everything that is created by them – not just people in a rough spot.

I’ve seen photographers (paparazzi and media) photographing people at funerals. It is usually funerals of celebrities or public personas, but still, are funerals the right place to earn fame? I don’t think so. Does the world really need to see these people grieving at the worst time of their lives? A friend of mine lost his father, a celebrity, from cancer and the funeral had more photographers in attendance than relatives of the deceased. It was totally wrong and crossed all the lines. It made a lot of people angry, which affected other photographers, even if they were not associated with the offending ones who went to the funeral. For this reason, photographers like this are regarded as the enemy of and threat to private life. Pull your camera out in public, and suddenly everybody is giving you weird looks, judging you instantly, even if you are only taking pictures of the clouds.

If you want to make a change, I totally support you. I believe we can make the world a better place for the people in need, but we should try to do it in a manner that won’t infringe upon anybody's privacy, nor hurt their feelings. You don’t have to put people in a more difficult position that they already are. Find a way to capture their message in the least harmful way, and tell your story. People will still listen, and the individuals in the difficult situations will thank you for not plastering their face all over the internet for your own personal gain.

Very good!!! Your words are so true! Thank you!

You are welcome, Richard.

I think that photographers making money off of “celebrity” moments will stop once the money that is being given to them by magazines and media stops pouring in. When we as the general public just stop wanting to see what these celebrities do in their day to day lives, then no media source will be willing to pay big bucks for that “behind the scenes” shot because it won’t help them sell product. If people are photographing homeless people to raise awareness and make a positive change in the lives of the homeless, then that’s great. If people are photographing homeless people to be edgy or controversial, that’s sad and needs to stop.

I do agree with your point. But even if the photo is for raising awareness, it would be nice if you ask for a permission at least and do something to help that person in particular. They deserve at least as much.

And for the celebrities part the fault is equal between the photographers and the media that asks for the photos. It is a closed loop in which the one doesn’t work without the other. It doesn’t have to be the media that needs to break the chain.

Very good story,a camera does not give us the right to invade,the homeless should not be talked down to,but treated with respect.

Nobody can’t disagree with you Dzvonko!
In my opinion, if somebody wants to photograph homeless, and poor people more generally, at least this “photographer” should look in the eyes his “subject”, talk with him, and know more about him instead of thinking the numbers of “Like ” he’s gonna get. And if he has a Heart, instead of taking a frame, you will give him something.
Thank you Dzvonko for your post.
Cheers!

Stop and ask the (homeless) person their situation. Perhaps they chose to live in the way they do (some peel do). Ask them if they’re happy to be photographed, if they are, fine; if not, don’t.

Ironically I don’t like to be photographed myself, but if you don’t show the world no one would care or notice. You should also always pay the person as a rule. It’s easier to land in that same position than what we think!

In 2015 I started and completed a 365 days of photography project. From this bank of images I pulled together a book that celebrates the street life of Bristol, my home city in the UK. It covers as many aspects of street culture as I could find. In it are three images of homeless people. One man I got talking to on a cold winter day as he was selling the big issue magazine. I bought a copy and then he asked me what I was doing with the camera. I explained and asked his permission to take his photograph which he graciously agreed to. The other two images happened when a group of homeless men saw me photographing some graffiti near them and again asked me what I was doing. They insisted I photograph them too. Other than that I kept away from taking images of people who are living on the street. If I ever make any sales on the book I will be donating a percentage of profits to a charity that works with the homeless.