What makes street photography difficult for some is the boldness required to pull out a camera, approach a total stranger, and essentially enter their space, even if for a brief moment, as they go about routine activities that normally do not take place in front of a lens. It can be intimidating and challenging, but I would venture to say that anyone who has achieved some measure of success at street photography has found it immensely rewarding. And as a visual medium, street photography can be profoundly inspirational. So if you’re considering hitting the streets, here are a few basic DOs and DON’Ts to help get you started. 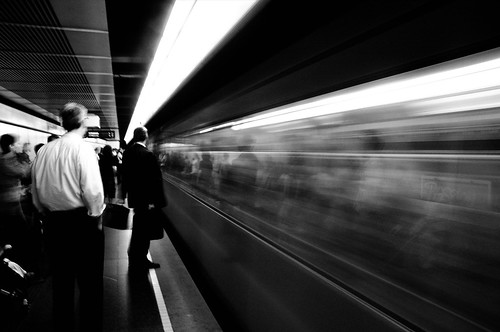 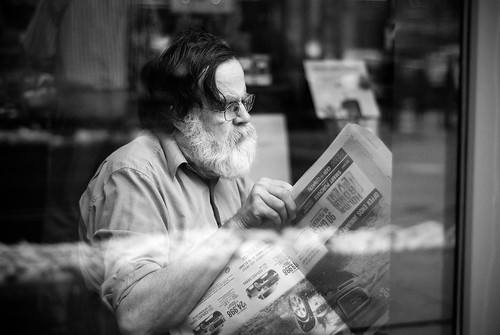 2011 Street Photography – 033 – EXPLORE by Through Painted Eyes, on Flickr

These recommendations are by no means intended to be a comprehensive list; they are simply some ideas that I hope help point you in the right direction when getting started in street photography. The fact is, even after you’ve read through this list, photography remains an art. All the advice about lenses and settings and composition notwithstanding, the most important thing to remember is that if you’ve got the urge to try street photography, get up and get out there. You see the world your way — capture it that way.

is subject of street photography is a good eye opener and accompany with a check lists if dos and donts very suitable like us who is starting out in this genre of painting with light.

I have found in New York the 100mm macro to be my favorite street photography lens. It’s super sharp and if you keep your eye open you can snap shots from a little farther out.

Yep, I’ve also used a longer lens to grab street shots. I think you can get away with it in places like NY because nobody’s really paying attention to you and everybody’s used to cameras.

It’s not a question of being noticed because of the size of your lens, it’s a question of closeness to your subject. How can you feel empathy for other human beings if you’re 5 meters away from them, how do you feel the thrill, the adrenalin in shooting streets? Try a much wider angle, 35 or even 28! 50mm will soon seem to you as a telephoto, which it is really, a normal lens would be a 40…

I’m thinking instead of a prime my 18-200mm VR is perfect for getting me into street photography. The lens has a wide range and is not obtrusive.

When you get used to a certain focal length, you can visualize before the action your field of view and then you can place yourself at the right place to capture a moment. Always zooming in and out will make all those things very abstract. I’m not telling you to buy a new lens, but try putting tape on your zoom at a 35mm fullframe equivalent to your camera’s sensor and engrave this field of view in your head. It will help you. A lot.

Love your article, I am thinking of trying a little street photography, thanks 🙂

I was wondering if you had any info on selling these photos – I’ve heard you have to get model releases if you intend to sell them. Is that true?

I was wondering the same thing.

In the U.S. you can sell them as Fine Art. You cannot sell them to a publicity agency or anything like that. Street photography won’t make you rich.

Some sensible guidelines, I only shoot street photography and have recently fell in love with 75mm focal length, you need to think a little bit more about framing your subject matter but the results can be very rewarding