In May 2016, a group of 4 men who were later identified by the internet as online filmmakers for the Canadian clothing brand “High on Life” walked all over the Grand Prismatic Spring of Yellowstone National Park in order to shoot videos for their company.

These men, who purposefully ignored the signs in the National Park by deciding to hop into the thermal springs and pose for the people, were video taped and photographed by a visitor who then emailed the footage of the entire stunt (photos and videos) to the Yellowstone National Park.

The public also contacted the National Park after the men had posted pictures on their Facebook page that was later deleted. 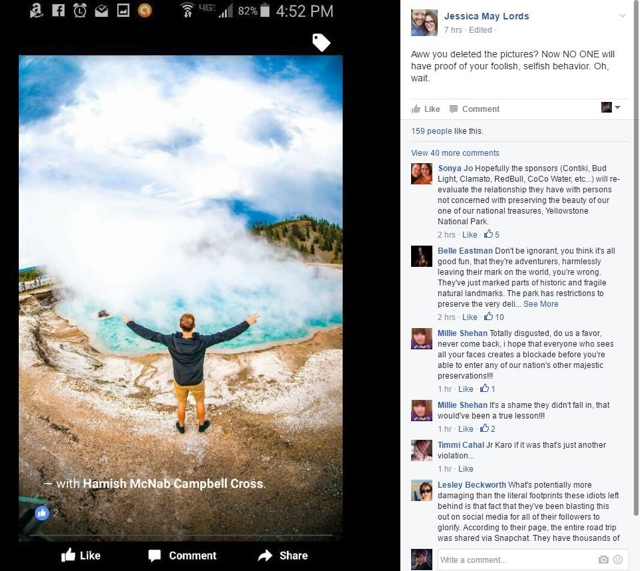 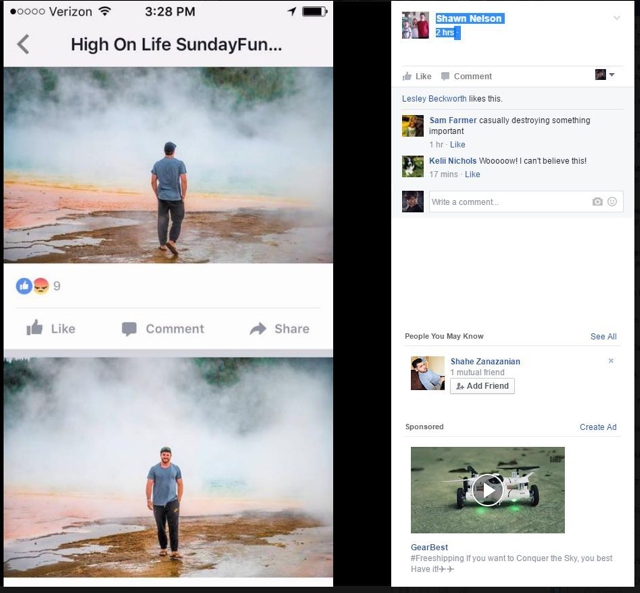 Both the public and social media helped with the investigations, and on July 13th the group announced this on a Facebook post,

“We want you all to know, we take full responsibility for our actions, and will pay restitution for our poor decisions in the states. During the past 6 weeks, we’ve had time to reflect on our actions and understand that what we did was wrong and cannot happen again.”

They've now been sentenced for their irresponsible behavior with fines and jail terms in Wyoming after returning to the United States.

These men are part of a Canadian clothing brand called “High on Life SundayFundayz” who document their travels through photos and videos and share them on social media. 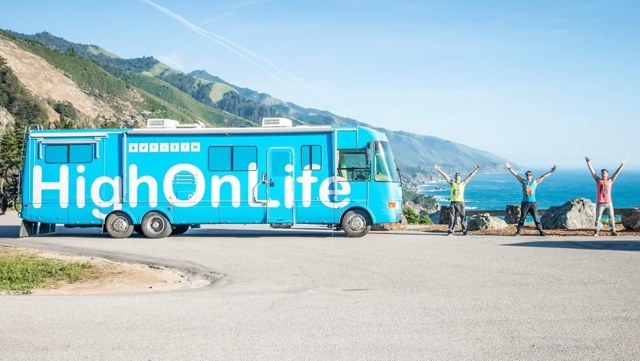 The vibrant colors are not chemicals but formed due to the microbes that thrive in these warm waters.

There are different microbes that thrive at different temperatures here, ranging from 30 degrees Celsius (86 F) to about 72 degrees Celsius (161 F) and each of these bacteria produce a different pigment. The deep blue color at the center is the natural water that's too hot for the bacteria.

Walking on these colorful grounds can damage the microscopic living things, leave footprints and the fragile crusts can cause falls creating fatal burns. 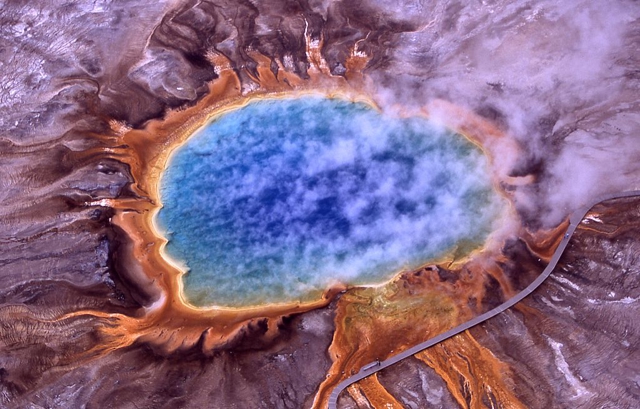 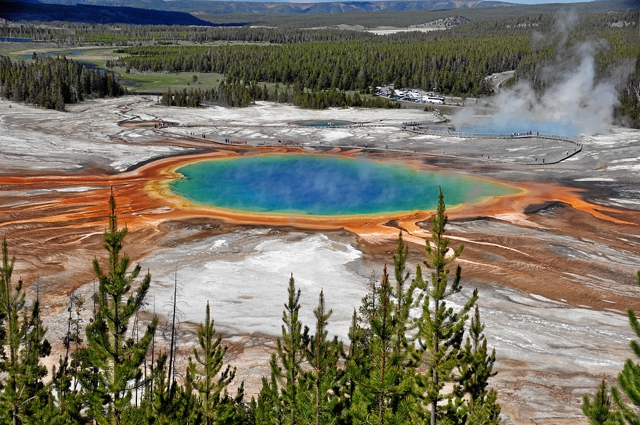 What Exactly Happened Then?

A group of four Canadians Charles Ryker Gamble, Alexey Andriyovych Lyakh, Hamish McNab Campbell Cross and Justis Cooper Price-Brown from the Canadian brand “High on Life” were having a fun day at the Grand Prismatic Park when they hopped off the wooden boards onto the thermal springs.

This was both a hazardous act for the men and a damage to the national park. 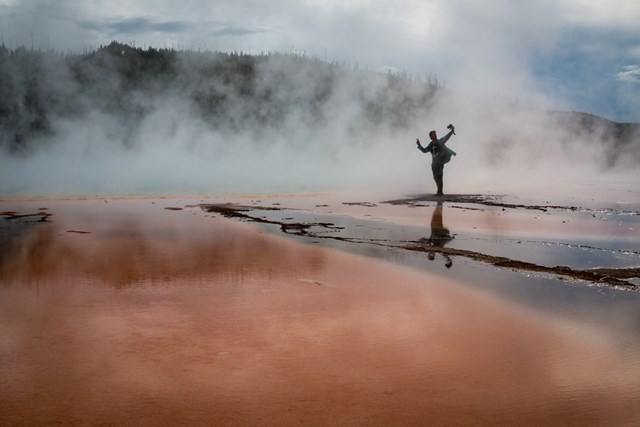 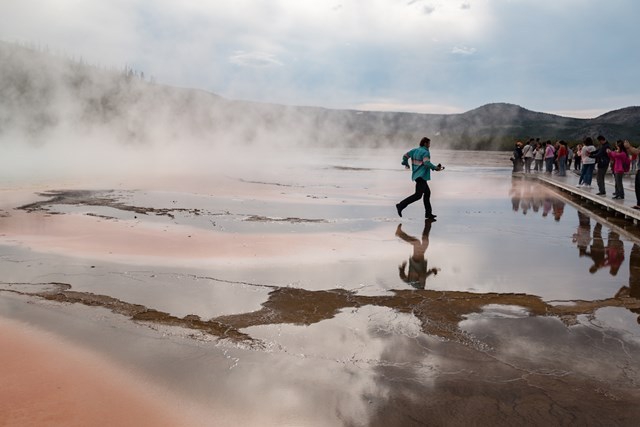 The group has before this incident, done commercial photography without a permit, used the drone in a closed area and ridden the bike in other national parks. Rebels, you might say.

The internet tracked them down from the images they captured during their walk on the spring that were posted to social media. Does the above image not prove that there might be someone taking a picture of you or capturing the reckless behavior on video?

The group initially tried to hide their stunt, and of course failing at this. In turn, this forced them to own up to their misconduct and subsequently, tried to get their fans to make donations towards the park, but these failed attempts resulted in the public calling for their arrests.

People were naturally outraged over this, calling for their sponsors to stop supporting them.

An Attempt to Salvage Something

The team was also trying to set things right by setting up a system where they will donate a dollar (up to $5,000) each time someone uses the hashtag #‎DonationforYellowstone when posting a Yellowstone story to the park's facebook page.

As a result of their act, these men have been shamed publicly and on social media. Plus they've also been threatened for the wrong decision they made whilst on their road trip. Pretty serious stuff, I think they'll openly admit.

Of the four men, Hamish cross pleaded guilty in November 2016 and was fined for his act.

“The judge’s decision today sends a very clear message about thermal feature protection and safety. Hamish Cross’s egregious actions damaged a world-class hot spring and risked his own life coupled with the lives of responding rangers. We look forward to the outcome of the case regarding the three remaining defendants.”

“We implore all visitors to learn about the rules in Yellowstone, respect the rules and follow them. We ask visitors to take the Yellowstone Pledge. Protect your park and protect yourselves by staying on the boardwalks. If you witness resource violations, call 911 or contact a park ranger.”

To Summarize Their Charges 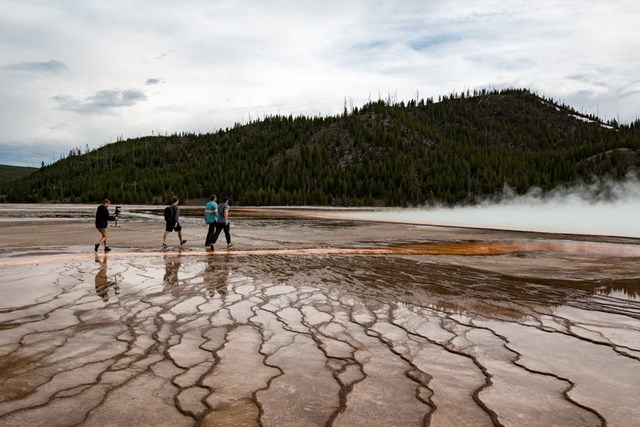 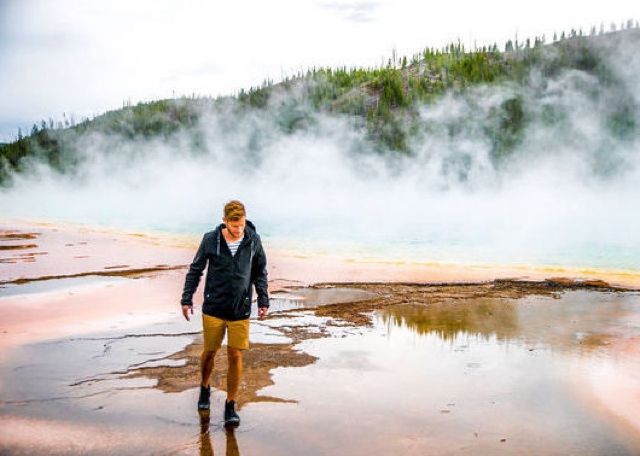 The Reasons Behind their Misconduct 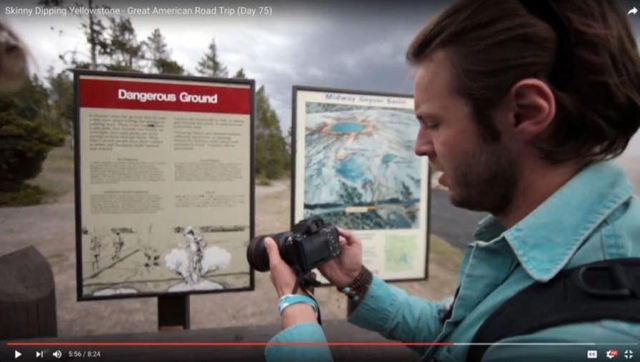 A screenshot from one of their deleted videos

Thoughts from the Public on their Behavior and this Sentence

As you'd expect, the public are furious at their acts and think that their act was ignorant. Some feel that the sentence and fine given to them is not severe enough whereas others feel the penalty seems awfully steep for people that came forward and admitted they did wrong.

However, some argue, “They didn't come forward; they got busted on social media. Then they attempted to laugh it off.”

If you're traveling and aspire to shoot some beautiful sunsets, this course with Brent Mail Photography allows you to get a real understanding of exactly what it takes – Amazing Sunsets.

They meant no harm… Aweeeee… I guess everyone is being too hard on them for knowingly, and willingly, breaking the law multiple times and subsequently trying to hide it- all in the name of money. But they’re nice guys-