What, the HUGE Japanese camera manufacturer? How much more do I need to know other than they produce camera gear from amateurs to high-level professionals?

One of the most recognizable brands in photography, Nikon, has a long history of technology and innovation behind it. 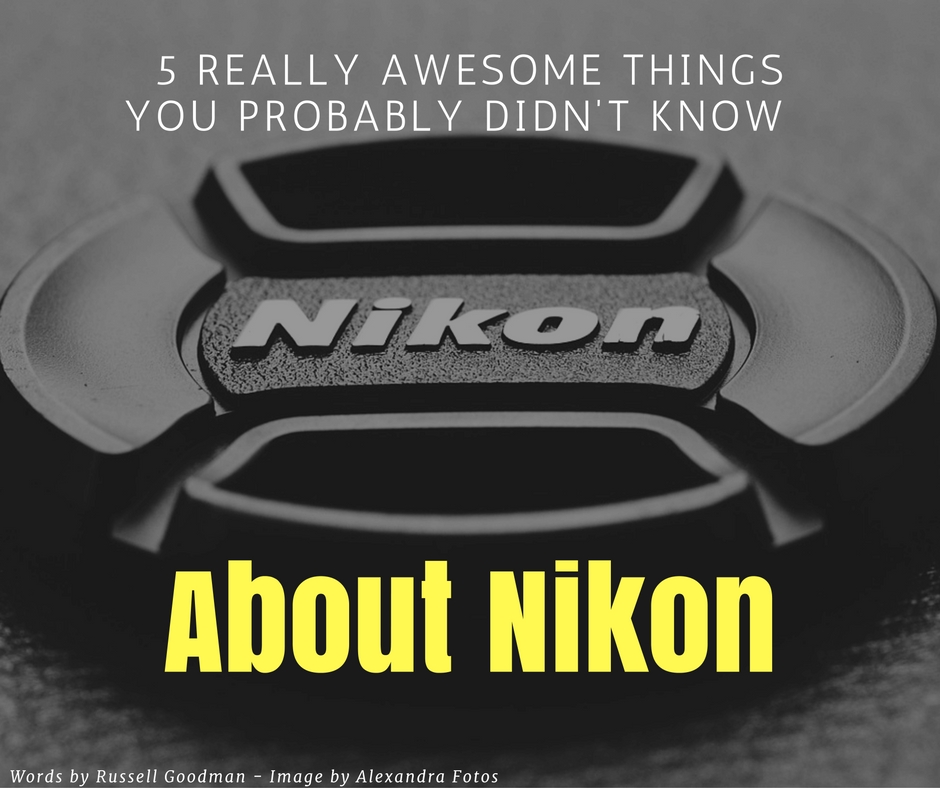 Whether You’re a Nikon User or Not, We’ve Got Five Cool Facts Lined Up

Nikon is used for Biological Research. Of course, not Nikon doing the research, but the company’s Perfect Focus System is used in microscopes all over the globe – so there’s probably a bunch of scientists using Nikon gear and don’t even know it.The idea here is that it enables scientists the ability to focus the microscope lens to minimize focus drift.

2. Supplies for the Japanese Military During WW2

At the height of the company’s business during World War II, specific items such as periscopes, bomb sights, binoculars and lenses were officially supplied to the Japanese military. During this period with 19 factories and a total of 23,000+ workers, Nikon was fast becoming a huge name.However, after the war, production naturally fell as the demand for “military items” were no longer required on such a scale, forcing the company to downsize its operations for civilians only. Next, the Single-Lens Reflex camera (SLR) was to enter the market.

3. A Whole Museum…of Everything Nikon

Did you know Nikon has its own museum? Yep, all 6,243ft of it! Opened October 2015, Tokyo, Japan, the museum features much of the company’s rich history and achievements within the industry and  2017 marks the 100th anniversary of the camera maker too.

Many of the exhibits include its camera production, microscopes, semiconductor exposure apparatus, plus a load more. It’s the first of its kind in the photographic industry.

4. In the 1960s, Nikon Brought us The First Underwater SLR Camera

In 1963, Nikon launched its first underwater camera range known as Nikonos, solely for underwater use (impressive for the 60’s, right?). However, the introduction of the Nikonos RS in 1992, was a groundbreaking statement where it was to be the world’s first SLR to work underwater – waterproof to 328 ft (100m). Scuba divers were in their element!

However, with production ending in 2001 of the whole Nikonos line, Nikon continues to produce and lead the industry with underwater technology to this day.

5. Autofocus Lenses? The F-Mount Shall Remain…

Nikon is one of the world’s only two brands of camera manufacturer who has kept their lens mount the same (i.e. since the introduction of autofocus lenses in 1960s) – the other, Pentax.As you can imagine, Nikon fast became an industry-leader for lens compatibility, meaning that older vintage film lenses can still be used on Digital SLRs today, as Nikon continues to use the F-Mount.

There we have it, five pretty cool facts about Nikon. Any others you think would be a great addition, drop in the comments below!

Your chance to Truly Master Portrait Photography is here!Check ou this stunning eBook by pro photographer and author, Kent DuFault.

Russell is a self-taught photographer who loves travel and capturing life as it unfolds. Having lived in the far east for a few years with some long term travel, this catalyzed his new-found passion for photography.
Lifestyle, Food, and Event Photography are areas he enjoys most.

Interesting!
Now, please, do the same thing with… Panasonic, for instance.
Thanks!

Nice little read, it’s good to see some, “Ballance”, in the Canon DSLR universe. Another thing you might have mentioned is that, in the begining, Canon’s lenses, first where Nikkor. You have a great site thx…r…

My favorite Nikon of all time – FM2n.

Wish they would produce a great mirrorless with f mount.