By now you’ve undoubtedly all heard about Lomography, the beautifully imperfect world of toy cameras and film photography. Maybe you've tried your hand at it, shot a couple of rolls then lost interest in it, or you really enjoyed the inherent carefree qualities of lomography, but were less than impressed with your photos. Either way, here's a handful of quick remedies that are sure to spice up your love affair with analog.

1) Vaseline the edges of an UV filter for dramatic vignetting. Use a cotton swab to apply a thin layer of petroleum jelly around the edges of a UV filter or spread it all over the front of the filter. You can then either attach it to your camera or just hold it in place while you snap a picture. This will even work with a digital camera if you're currently analog deprived. The result should give you an ultra-dreamy feel that goes something like this: 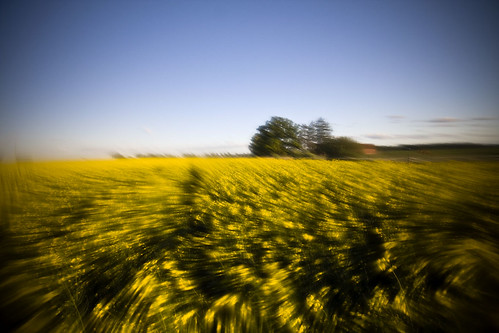 2) Set the self timer and throw the camera in the air. The wider the lens, the better and a fisheye lens will really turn out some fun shots! Camera tossing works especially well if you have a camera that takes multiple exposures on a single frame. This, too, works with a digital camera if you dare take the risk of dropping your probably expensive camera and more expensive lens. And by dropping, I mean damaging. The plastic lenses on a toy camera can take a little more abuse and are far, far cheaper to replace. 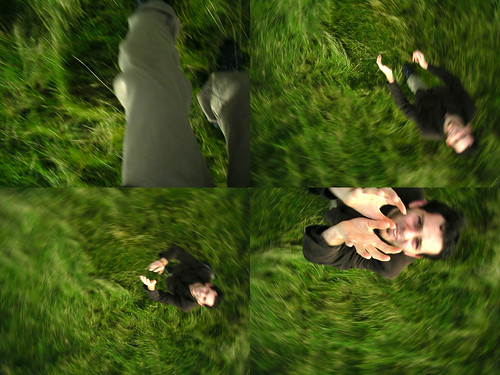 3) Make a 360ᵒ panoramic shot out of an entire roll of film. This is the trickiest one on the list, but once you get it right, you'll have some major bragging rights. Lomography actually makes a camera called the Spinner that takes out all the guess work, but where's the fun in that?

Instead, find a nice landscape, mount your camera on a tripod and shoot the panoramic one frame at a time. Take caution to advance the film only to the end of the last frame so there are no gaps between frames. If you've taken a digital panoramic before, you can think of this as stitching your frames together, only you're doing it in-camera. It's as tough as it sounds and will more than likely take more than a few tries, so don't get discouraged if you don't get it right away. You'll have to click through to the following photo to view it in full size, but Patrick Schmidt's Dunlop Street West is a shining example of what we're shooting for – pun intended.

4) Shoot 35mm film in a 120 camera to expose the film clear past the sprocket holes like in the above photograph. If you think about it, shooting a roll of 35mm film the traditional way is sort of a waste of film negative real estate. Look at all that space around the sprocket holes that never gets to live up to its potential. Here's an easy mod to run a roll of 35mm through a 120 camera, all you need is a paper clip, a couple of empty 120 film spools, and 4 elastic hairbands. Put a hairband on each end of the 120 spools so that the space between them is exactly the width of the 35mm film. This will keep the film loaded straight. Then, snap off the metal from a paperclip and use it to secure the film to the 120 spools – electrical tape works also – then load the spools into your camera. Just be sure to do it in a darkroom bag! It will also be helpful to count how many turns of the film advance knob is one full 35mm film rotation, it's different than a 120 frame rotation! Then again, a miscount could get some really cool accidental double exposures! 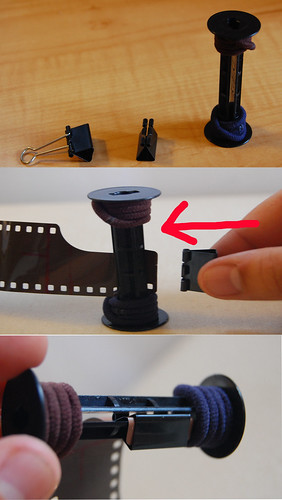 Holga Mod #1 – No Tape Spool by Justin Ornellas, on Flickr

5) Distress your film by baking it, soaking it, or scratching it. It may sound a little counterproductive, but you can yield some pretty awesome photographs by soaking film in any number of chemicals–bleach or lemon juice work well–for about 10 minutes while still on the spool (remove paper backing if using 120 film), unroll it and rinse it with cold water. Be sure you do all the “damage” in a dark room so as not to expose it. Dry the film with a hair dryer, also in a dark room, then respool. You're ready to go! If you don't want to work with smelly chemicals, you can always unspool your film in a darkroom and rub some sandpaper over it. Or, bake it, while on the roll, at 150ᵒ F for 10 minutes before loading it into your camera. The photo below was exfoliated using an apricot facial scrub! 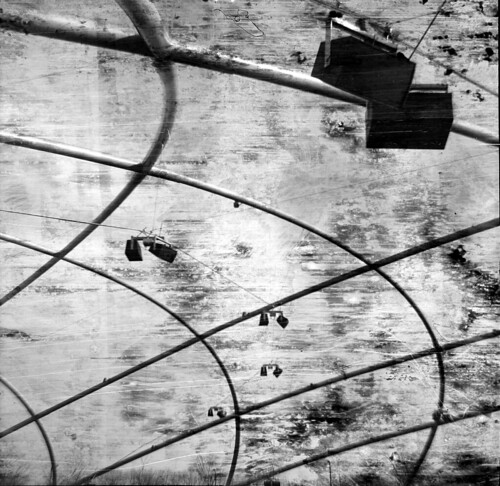 Lomography might not be for everyone, but for those looking to break the boundaries, it could be just what you've been needing. So what are you waiting for? Grab your plastic camera, learn to let go and live a little! Show off your best analog shots in the comments below or over on the forums, let's see what you've got!

Tiffany Mueller is a professional music and fine art photographer. She has been published in various publications including magazines, art journals, as well as photography books. Tiffany is fortunate enough to have been in a perpetual state of travel since her youth and is currently working on a 50-states project. You can keep up with Tiffany via Twitter, Google+, or, on her personal blog, Life Is Unabridged.