I remember my first digital camera as if it was yesterday, a Nikon Coolpix 775, 2.1 glorious megapixels that was going to forever change my life.  At the time in fall of 2001, this camera cost well over $300, nearly what I paid for my used Canon EOS A2 film camera a year earlier!  It was a great camera but fell short in so many places where my film SLR was clearly better, like

What it did do was revolutionize how I shot, because I could now photograph anything, anywhere without the cost of film.  Even with the limitations it greatly expanded my photography abilities.

10 years later point and shoots are nearly disposable, the cost has decreased while the performance has increased beyond most’s wildest dreams.  Sadly, these wonderful devices still take a back seat to the more flexible and SLR digital cameras of today.  That doesn’t mean that they can’t and don’t take amazing photographs though! 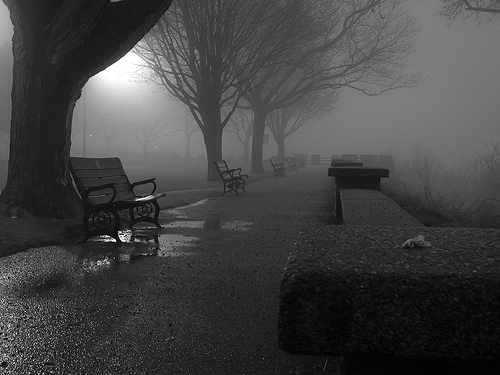 Great shots do take a little more planning simply because there are still some limitations from point and shoots.  The stunning, spooky fog was captured on a Canon G12, most likely with the help of a tripod. 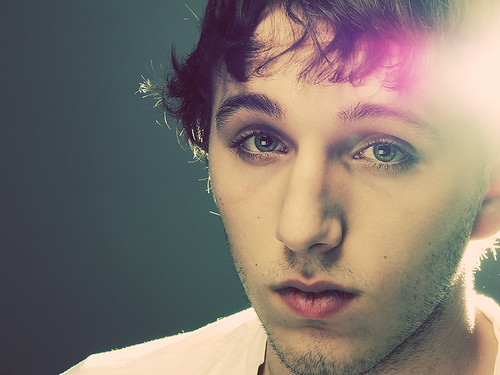 Studio portraits, sure why not?  Three flashes and a Canon G11 make this photograph possible. 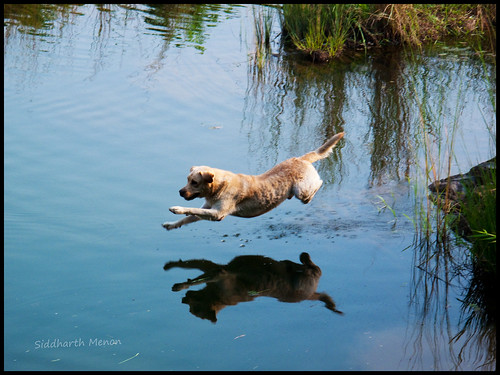 As evident in this photo, freezing action shots are no longer impossible with point and shoot cameras! 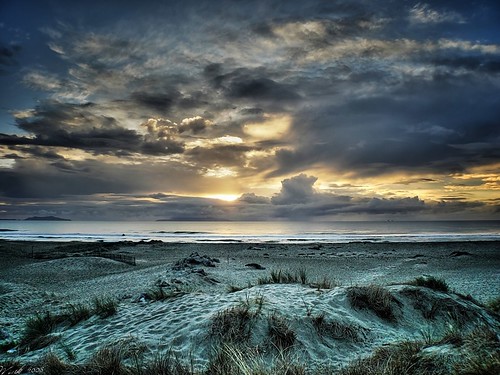 Wonderful landscapes and HDR, produced by a Panasonic point and shoot. 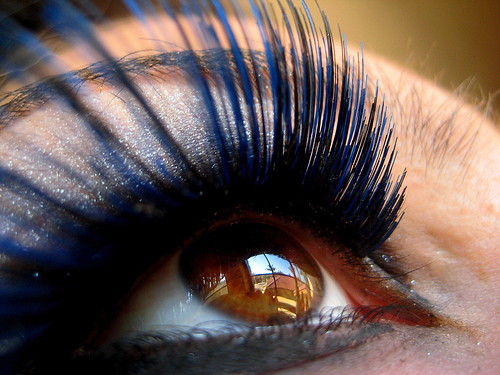 One place that point and shoots have always shined was with macro.  I’m not sure why, but the focal distance has always been really close and for a fraction of the cost of a macro lens, shots like this can be captured.  Done with a Canon Powershot SD750 the sharpness rivals that of the best macro lenses on DSLRs today.

Hopefully this collection of photos showing the wide range of shots will inspire you to utilize your point and shoot more.  For me, I’ve upgraded from the 775 several times over the year and on any given day you’re more likely to catch me with a point and shoot than my DSLR.  The pocket-ability, ease of use and quality are the main reasons I shoot with it.  The other thing I’ve noticed is that doing street photography with a point and shoot seems to be so much easier.  Strangers are less likely to look at you as anything other than a tourist instead of trying to discretely use that long lens on a DSLR body.  I’ve also started to use my point and shoot (Canon G10) in the studio, the manual control and hot shoe allow me to do everything my DSLR can do, the focal length is perfect and the images are always crisp.  Best of all, I never have to worry about sensor dust!

One, tiny, nit-picky point of contention:

“Wonderful landscapes and HDR, produced WITH a Panasonic point and shoot.”

We want photographers to know that a great shot is created with their mind and body, and the camera is only the tool used to capture it.

Yeah!! Three cheers for my Nikon L22. Wouldn’t be without it.

I guess it always goes back to that school of thought that it’s not the gear but the one behind it.

It’s definitely possible for a good photographer to create nice photos with lower-end equipment. I actually just sold my first iPhone/Instagram photo last week. I wrote about it today:

Congrats Aaron! I actually do the same thing, http://www.etsy.com/shop/mikepanic.

I would hardly call the Canon G series a P&S in the classic sense. The SD series, yes, definitely. But the G is bulkier and considerably more robust both in the IQ and featureset categories. That being said, showing me a photo taken by one does not convince me that you can get great shots with a P&S camera. -James

We all have feelings James, but the fact that the G series and SD series share the same sensor makes them essentially the same camera, in different packaging.

Likewise, I can show you lots of pretty DSLRS that take horrible photos, mostly due to the person using them. The point of this article is that point and shoots shouldn’t be thought of only has cameras for our significant others to use, or to take photos of stuff that needs to be listed on Craigslist or eBay.

Thanks for a great article about Point&Shoot. I’ve had my Canon Powershot S5 iS for 4 years now, and I love it for it’s capability to take nice pictures.

I agree with you, you can take great shots with P&S cameras, but teir speed is often very limiting…
Interestingly enough, you can also take great pictures with a phone camera. Once, I didn’t have any camera with me, the landscape inspired me, so I took pictures with my phone. While they obviously aren’t good enough (lot of noise, small resolution) for large prints, they fit just well as an iPhone background or one of the smaller print sizes 😉

My Canon Elph point and shoot is awesome when it comes to basic candid shots and difficult hikes to beautiful waterfalls!

But it will never replace my DSLR for sports action shots … which is why both technologies exist!

I really agreed with this topic and only equipment and tools are not the one create nice shoot your hardship and vision with act are most important though.

Thanks for this article and the beautiful examples. I have only been taking pictures for about a year and a half and can only afford point and shoot cameras (right now). I have taken (and sold) several of my shots and while I do want (very badly) to upgrade to a DSLR camera, I’m perfectly happy with my point and shoot. I’m learning a LOT from my professional photographer mentors and Lightstalking and I’m grateful for both. Some of my work is at http://www.etsy.com/shop/ejaymooreart

Some of my favorite walk around snaps have been done with P&S cameras. My favorite is the Leica D Lux 4, the first P&S cam that I got that didn’t suck. Your photo selection for the post nicely exhibits what can be done. A lot of skill helps, but sometimes you get lucky too.

I’m still stuck with my Canon G7 but I’ve always been satisfied with my “point and shoot” photos with it. I just don’t have the technique though. Wish to learn more from you.

I have been using a Fujifilm S4000 for the last four months and absolutely love it. It surpasses my Nikon in many ways. So, yes, you can get amazing shots with a P&S!

Thanks for the nod, mine was actually knee assisted rather than tripod 🙂 and shot with a high ISO (800.) The resulting noise (which wasn’t too terrible considering the tiny sensor) was dealt with in lightroom.

As for this: “I would hardly call the Canon G series a P&S in the classic sense.” Well it shares it’s sensor with the very compact s95. And it’s a hell of a lot more compact than my dslr with a hefty 10-20mm lens hanging off it.

Any photographer that thinks they can’t create something great with a p+s isn’t challenging themselves enough.

I shoot with everything I have. DSLR, SLR, P&S and even my iPhone. Whilst image quality is usually compromised with lower quality cameras, it’s often their unique characteristics that can give an image it’s individuality.

Use whatever tools you have at your disposal and create something unique – photography is art – art is expression – expression can’t be limited by the value of your hardware. Yes, you can create GREAT images with a point and shoot.

I treasure what my DSLR can do. But the ability of advanced point and shoot cameras to operate in total silence have allowed me to get images that would have been far more difficult with a DSLR. I’ve shot over 5 weddings and several studio portrait sessions and professional events with advanced point and shoot cameras (i.e. those with full manual modes and raw) — and gotten fantastic results.

Equipment is important — but skill and vision is 1000 times more important. Every camera has advantages and limitations. Adapting to both is the key. Magnum photographer Alex Majoli used a point and shoot because it reminded him of his rangefinder more than his DSLRs did — he shot the Iraq War and the presidential elections for Time and Newsweek with a point and shoot — and won the award for magazine photographer of the year (google the article “Alex Majoli Points and Shoots”).

I used to pick on a friend (in a friendly way of course) who would use nothing but disposable cameras. She could afford to buy a Leica without a second thought — yet she insisted on using the disposable cameras — because she enjoyed using them. After seeing her photographs, let’s just say I don’t pick on her anymore. Like Majoli and my friend, I learned that the key is using what allows you to enjoy making pictures your way.

Thanks for the excellent article.

Thank you for sharing the article on Point and Shoot cameras. I still use one also. My first digital camera was purchased in 2003 and as a fan of Olympus cameras, it was a C50 with 5MP. Honestly, the best photos I have ever shot were with this camera! I have moved on, have an older 7MP waterproof Olympus point and shoot which I still use, a DSLR from Olympus with 2 lenses, and plan to get an Olympus EPL-1 soon (with Air Miles points). It will be less bulky than the DSLR. I also use a NOKIA N8 Cell phone 12 MP camera on occasion, especially when without other cameras and have had good results.

Currently I use a Point and Shoot Camera, as much I criticize it, I love it.
It’s a Kodak M1063 10.2MP with some basic manual settings.

I love the results it gives but most of the time,
it disappoints me too.

Thank you for sharing this article on PnS Cameras.

I still use my little Nikon Coolpix L4 on a weekly basis – I love that little camera! I took it along with my DSLR when we traveled to Maui last year and I enjoyed taking photos with my little L4 just as much. I just don’t worry about “the shot” as much with it, and as a result find that those are the ones I end up cherishing the most!

some of my best pictures are from my pentax Optio S4i…..

but as I got more into taking photo’s I’ve upgraded and now use the Olympus OMD… features of the DSLR, but closer in size to the point n shooter..perfect for the handbag

love the article and pics

My G10 developed a sensor dust problem. It’s now back from the repair shop. They are not as dust free as you think.

I absolutely love this! I get nothing but criticized all the time for my “crap” camera. Which currently I’m using a Nikon CoolPix L830. I absolutely love the shots that I get from it. I’m very impressed. I have hopes of a DSLR soon. Its just a funding issue. But I’m so happy I read this! Makes me feel a million times better!