Indoor photography scares the bajesus out of most photographers, and rightly so.  On-camera flash, off-camera flash, ambient lighting and then throw people into the mix and it's enough to make a grown man weak in the knees.  Utilizing filters on lenses and flashes can change any photograph, using them specifically for indoor photography can be a life saver.

One constant that we've always stood by is doing a custom white balance.  There is going to be a debate forever about doing it on-location or in post, just like there will be a Canon vs. Nikon debate, but doing it on-location takes only a minute, so why not.  The problem is, that alone doesn't always address all the color you'll really need.

Circular polazrizers, typically used to saturate bright blue skies and cut the glare off running water in landscape photography is an essential on-camera filter for indoor architecture.  It will drastically help cut the glare off windows, china cabinets and other high shine surface, in the same way it will for running water.

CTO filters on flashes.  One thing that truly separates hobby photographers from professionals is their ability to light a subject inside better than an on-camera flash can.  While not talked about often enough, gels are probably the most underutilized tool a photographer has at their disposal.  They take up virtually no space in a bag, are fairly cheap and can be applied in a few seconds.  So what does a CTO gel really do? It appears to the naked eye as an orange transparency that you can use any number of adapters on your flash to hold in place, or a trusty rubber band, and it's job is to change the temperature of the light emitted by the flash.  CTO, or color temperature orange will warm skin tones every so slightly, usually with little effect to the rest of the scene.  To understand this, you must grasp that flash photography doesn't illuminate the subject, rather it's the light reflected off the subject and back to the camera sensor that's used to capture your image.  Because the fall-off light, or the light that doesn't hit the subject matter doesn't make it back to sensor, the ambient lighting temperature remains the same, and you have a nice photo.  CTO gels work great anytime you need to shoot people inside, from family dinners to red carpet premieres.  CTO  gels come in 1/4, 1/2, 3/4 and full transparencies too, so you can really play around with these. 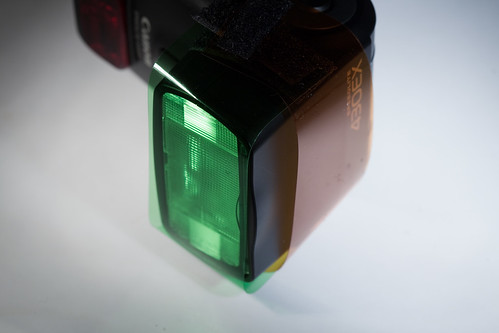 Learning about gels for flash by Matt Biddulph, on Flickr

Neutral density filters are typically used on very bright days for long exposures, like waterfalls and running water.  They are a neat trick to use though when shooting indoor architecture that has tons of natural, bright light coming in.  Most lenses will have a sweet spot that will be somewhere in the f/8 to f/13 range, however if it's extremely bright f/13 might still yield a 1/500 or 1/1000 shutter speed, which would be fine unless you also need to introduce some fill flash or kick lights from strobes to light darker, heavily shadowed areas.  Since most flashes and studio strobes have a maximum shutter sync speed of 1/250th, you have two options; change your f/stop, potentially taking it out of the sweet spot for sharpness, or use an ND filter. 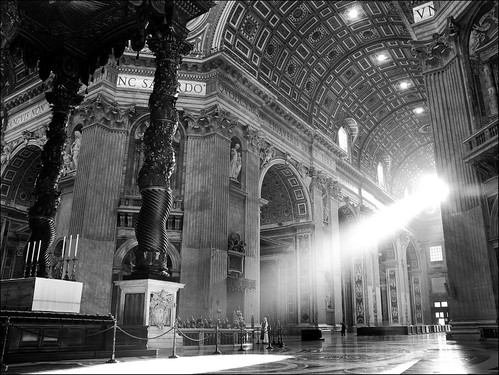 Flash filters + white balance settings = dramatic portraits.  I've already mentioned using a CTO gel filter on your flash to warm skin tones, but here's another creative way to use them by fooling the camera a bit.  Set your white balance to Tungsten and put a full CTO gel on your flash and shoot some portraits.  This works best when you're shooting in large open spaces, but it will make the background a nice, deep rich blue color.  This adds a lot of drama to the photograph while keeping the person in the portrait at the proper white balance. 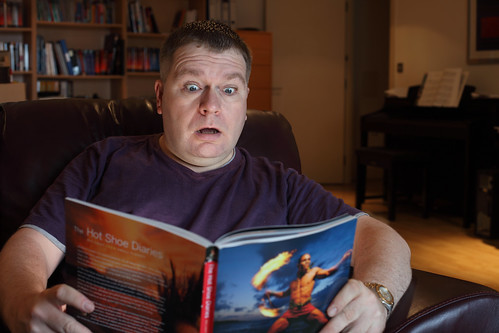 Don't feel constrained to what you see with your eye or a single flash attached to your hotshoe.  There's a lot more out there that just takes some application, trial and error.  In the same mindset, don't assume you can nail these effects in post production, you can surly get close to replication but the trade-off will be time and it's usually felt you'll get a more clean image if you do it as close to perfect in camera.

Thanks for another informative article. I just did an indoor shoot, and now I want to try it over again, with the CTO filter.