Depth of Field - A General Guide for Beginners | Light Stalking

Depth of Field – A General Guide for Beginners

Depth of field is one of the most powerful tools we photographers have in our arsenal. It can be used to create great depth in a landscape or highlight the eyes of a model. In this short guide we will take a look what depth of field is and some of it’s uses.
Before we go anywhere, we should have a brief description of what DoF actually is.
Put into it’s simplest terms, it is the amount of the scene that is in acceptable focus, both in front of and behind the actually point of focus. It is controlled by the aperture of the lens, the focal length of the lens and by the distance from the camera to the subject. A large aperture of say f1.8 will give us a shallow depth of field or, in other words, very little in focus in front or an behind the subject. Conversely a small aperture, for example f11 will greatly increase the DoF for the same subject.
Depth of field is different for different focal lengths. A wide angle lens will give a much greater depth of field for a given aperture than a telephoto, which is one of the reasons we use wide angles for landscapes and moderate telephotos for portraits.
The final part of the jigsaw is distance to subject. If you use the same lens at the same zoom and at the same aperture on your subject, you can still vary the DoF by moving closer of further away. The closer you move the shallower the depth of field will become, the further away, the wider. 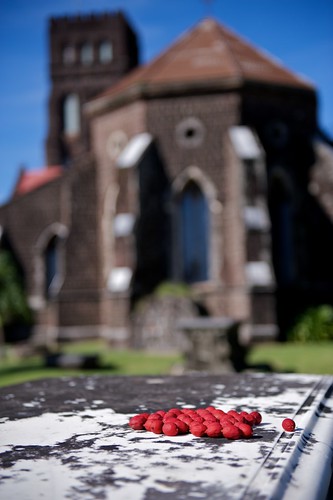 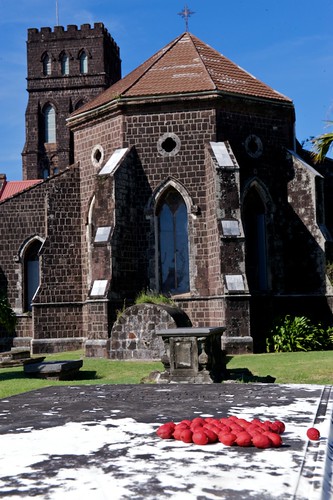 So how do we use depth of field?
Lets start with portraiture, for most portraits, we want the viewer to be concentrating on the subject, not the background or any other details, hence we need a shallow depth of field. The classic portrait lens is a wide aperture 85mm, this short telephoto lens does not compress the perspective too much, yet the combination of moderate telephoto and wide aperture enable a very shallow depth of field. By focusing on the subject's eyes, we can allow the background to be defocused. Preview the shot carefully – sometimes you can have too shallow a depth of field where the nose and hair can be out of focus too. Some cameras include a DoF button that allows you to see, through the viewfinder, the effect of different apertures. 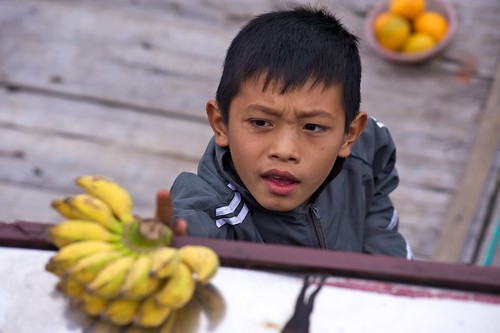 Shallow depth of field for portraits

Another use of shallow depth of field is to the draw the viewer's eye to a particular point in a scene, for example you may wish the subject to concentrate on the flowers in the foreground of a shot, not the background. The trick here is to find the best aperture to defocus the background enough, but not so much that it becomes unrecognisable. 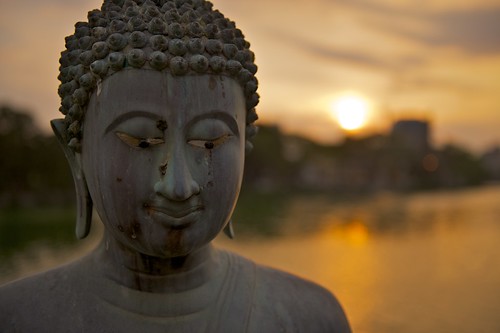 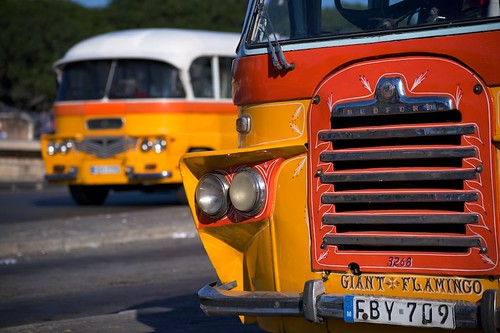 Using depth of field to draw the eye

The classic use of a large depth of field is in landscape photography. Here, very often the photographer will want to have the entire scene in focus from the foreground to the horizon. Wide sweeping landscapes are suited to wide angle lenses, which, as we discussed above, when combined with a small aperture (for example f16) can give us a huge range in focus.
There is another, element that comes into play in this scenario – hyperfocal distance. If we were to merely focus on the horizon, or set the lens focus to infinity, we would lose some of the foreground focus. The hyperfocal distance is the point where all objects, beyond the point of focus are in acceptable focus, all the way out to the horizon. By using this as our focus point we can guarantee that the horizon is focused, but also, we will increase the amount of foreground that is sharp.
Hyperfocal distance is different for different apertures and focal lengths, on older lenses, there use to be markings on the barrel to indicate where the hyperfocal distance would lie, unfortunately these days this useful feature has mainly been removed on modern lenses. There are however a number of resources on the internet, and even smartphone apps that will calculate your hyperfocal point, but if you are stuck without access, the best way is to focus on the most distant point, then refocus a little closer, experimenting with slightly different focus points. 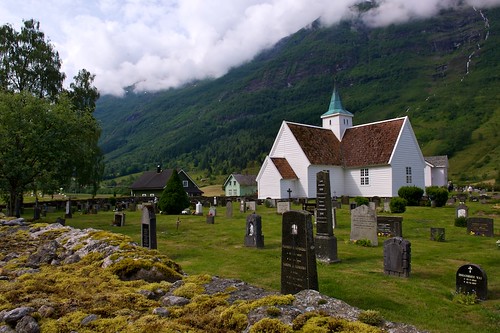 A deep depth of field in a landscape

As we said at the top, Depth of Field is one of the most powerful tools to a photographer, this has been a very brief introduction to what it is and its potential uses. The best way to understand it completely is to go out and practice with different lenses and apertures.
Don't forget to download the free Light Stalking short guide to depth of field for photographers for even more information on this extremely important topic.
Jason Row is a British born travel photographer now living in Ukraine. You can follow him on Facebook or visit his site, The Odessa Files. He also maintains a blog chronicling his exploits as an Expat in the former Soviet Union