Along with shutter speed and aperture, ISO is one of the three critical elements affecting exposure. For a solid rundown on how they work together you can reference our older article on the exposure triangle. But for today, let's hone in on ISO and how useing it deliberately and cleverly can make or break your photo.

As you may have already learned, ISO is basically the sensor’s sensitivity to light. When light hits the sensor, it is converted to a signal which is later processed to result in an image. The ISO settings actually affect the signal which is generated from the sensor. It works as an amplifier: the higher the setting, the more amplified the signal is. 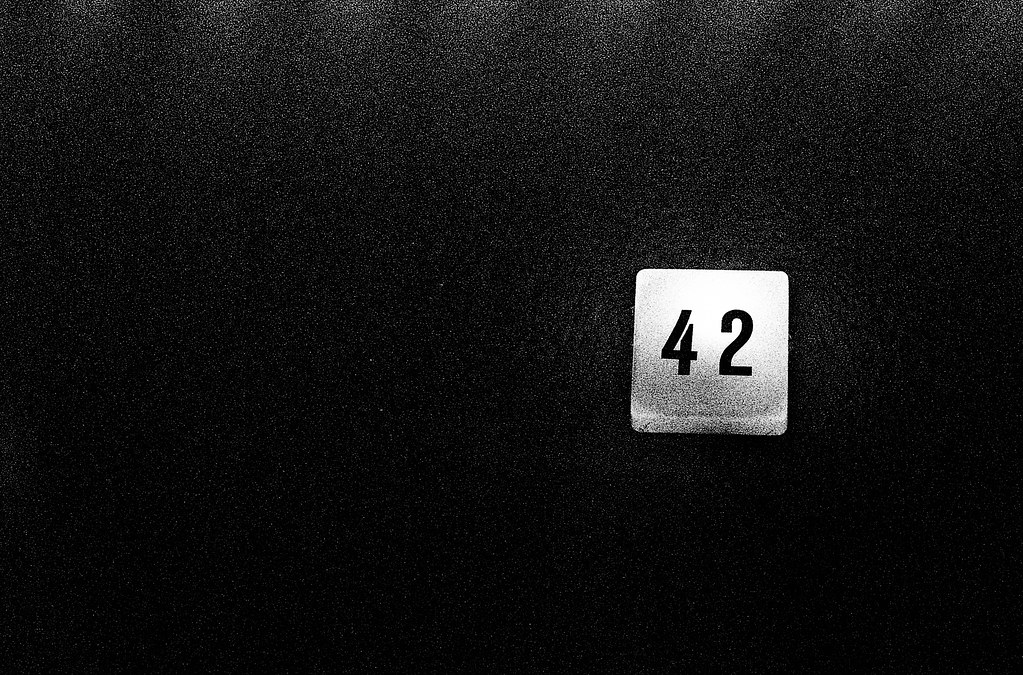 What Do the ISO Values Mean?

If you were to use film, ISO would be the equivalent of ASA. The numbering (the increments) is the same. 100 ISO has the same sensitivity as 100 ASA. If you were to increase the ISO from 100 to 200, the picture will be twice as bright. The same will happen from 200 to 400, from 400 to 800, and so on. Each increment is equal to one stop of light. The base value for all digital cameras is ISO 100, and every doubling of that value is considered to be a base value as well. Using ISO values between the values that are doubled (160, for example) will result in an image which is a tad noisier than it should be at that value. This is mainly because it uses the higher base value and just darkens it a bit. 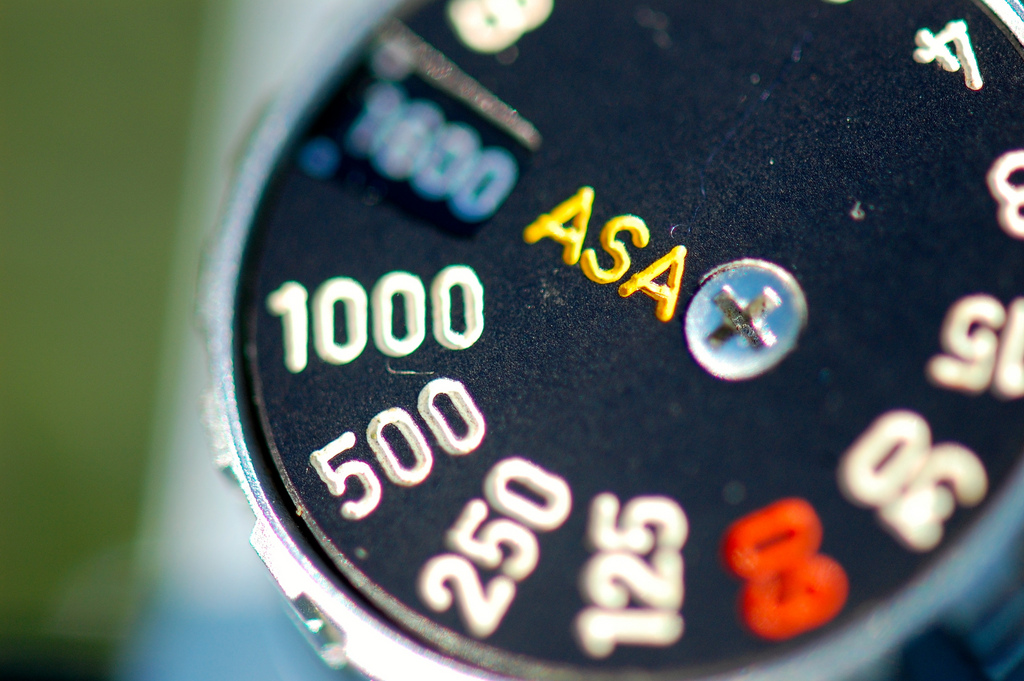 As mentioned earlier, increasing the ISO will make the picture brighter, but don't forget that doing so comes at a cost. The most obvious drawback is the noise. The more you increase the ISO, the noisier the picture becomes. Noise happens when there is a lack of signal – you can often hear this with audio amplifiers in the form of buzzing or hissing when the volume is significantly increased. Essentially the same thing happens with an ISO sensor. Keep in mind that different sensors produce different amounts of noise at the same level of boost. It all depends on the sensor itself, the algorithms working behind it, the size of the sensor, and the amount of light hitting it.

A certain amount of detail is lost when the ISO is increased because this introduces noise. All cameras perform best at their base ISO, which is the value of 100. Imagine, for example, a piece of string which, on your picture, is only 1 pixel thick. In theory, it forms a line which is a single pixel thick and runs along the whole sensor. On ISO 100, the amount of other pixels with the same color as the piece of string will be minimal, and that would be the cleanest image that the sensor is able to produce. However, when you double the ISO from 100 to 200, it will also increase the amount of pixels that are bright enough to pass as part of the piece of string (noise-generated). If those noisy pixels are in the row right next to the string, it will make the string appear thicker and softer. That is basically how detail is lost due to noise in the picture.

For your landscape photography needs, it's better to stick to 100 ISO as much as you can. Increasing the ISO drastically reduces the dynamic range capabilities of your sensor. You can go up to ISO 400 on most cropped sensor cameras without too many problems, but I wouldn’t recommend any higher than that. This is especially true if you think that the scene requires a certain amount of shadows and highlight recovery. The lack of signal will require more signal boosting in the light-to-signal creation process. 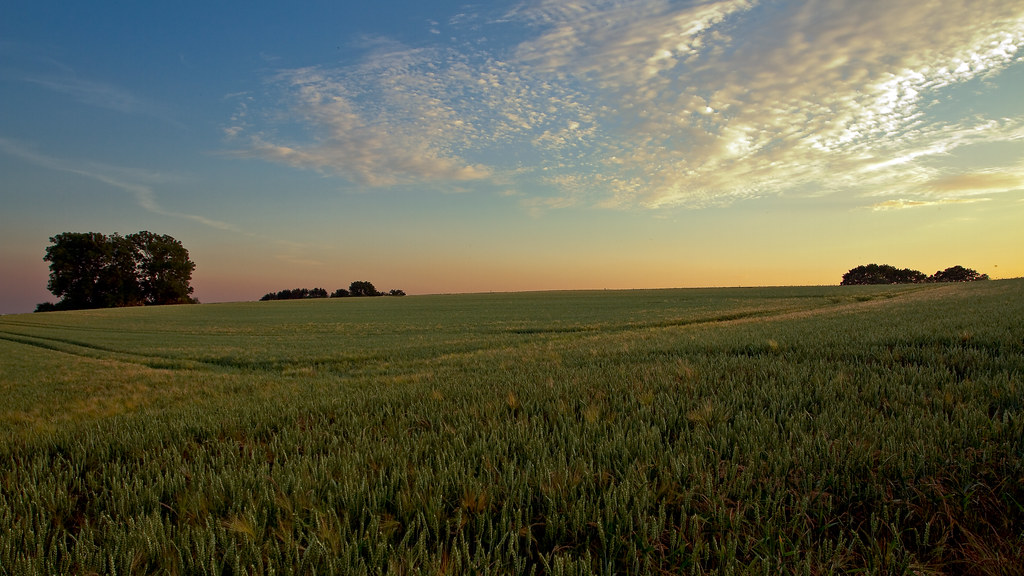 ISO is one of the three exposure elements which you should almost always try to keep to a minimum. The less ISO, the better. It means less light, but it also means a cleaner, sharper image with a greater dynamic range. Try to increase the amount of light reaching the sensor by using wider aperture, longer shutter speeds, and managing the scene to fully utilize available light rather than turning up the ISO.

Very useful information, particularly for those raised on using full auto, or near full auto exposure control on digital cameras, and who missed the joy of loading film in 35 slrs.
I still use some of my 35 slrs, which have almost no value, but have superb lens for them which makes you concentrate much more for perhaps the only single shot that you are able to take of a given subject.

Agree Robert. It took me some time to move from film to digital. To use digital felt as though I was cheating by being able to delete and reshoot the same time. But now I love digital, no film , no paper and no wasted shots.

Thanks for all the information, itsngoing to be very helpful as I learn setting on my camera.

Question about:
“The base value for all digital cameras is ISO 100, and every doubling of that value is considered to be a base value as well. Using ISO values between the values that are doubled (160, for example) will result in an image which is a tad noisier than it should be at that value. This is mainly because it uses the higher base value and just darkens it a bit.”
If 200 is a base value, is it not noisier than 160? So is 160 not better than 200?