A lost of people know about the rule of thirds, the s-curve as well as other elements of photographic composition. Let's have a look at something that is a little more advanced in the world of image composition that was discovered by a 12th century Italian mathematician called Fibonacci.

The Golden Section is simply a compositional rule that dictates that a well composed image can be achieved by dividing the frame by 1.6 several times.

By doing this, you get a pattern like this: 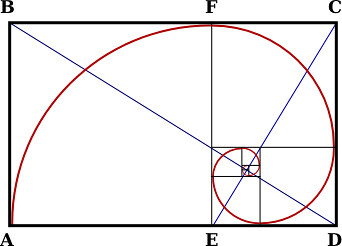 Fibonacci is most famous for developing a series of number sequence which adds the previous two numbers:

When you divide successive numbers, you come up with 1.6 which is a key in mathematics to proportions (hence its relationship to photography). When you apply the Fibinacci sequence to a rectangle you get a tiling with squares whose sides are successive Fibonacci numbers in length. Each square is roughly 1.6 times as big as the last. Like this:

How to Use the Golden Section

Images speak louder than words, so have a look at this image and the one below it to see an almost perfect application of the Golden Section in action. The proportions and composition are textbook Golden Section. 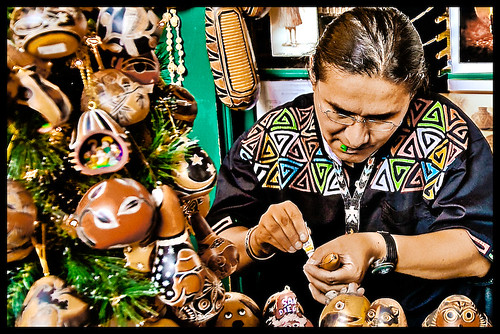 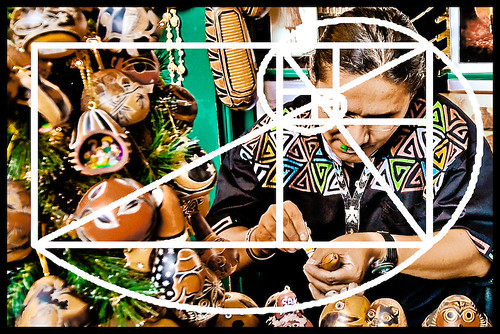 Now, this one is a lot more difficult than say, the rule of thirds to apply to your photos. However, with practice you will get better. The great thing is that the Golden Section adds another tool to your arsenal of composition. 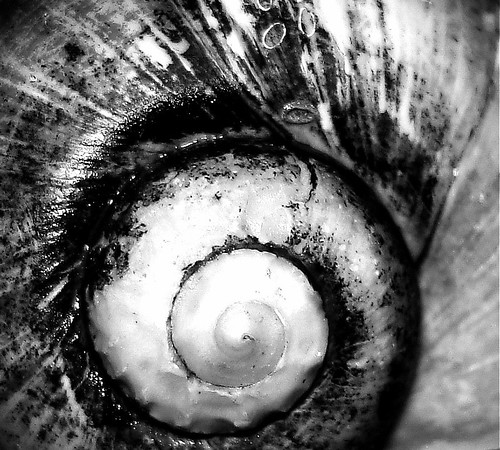 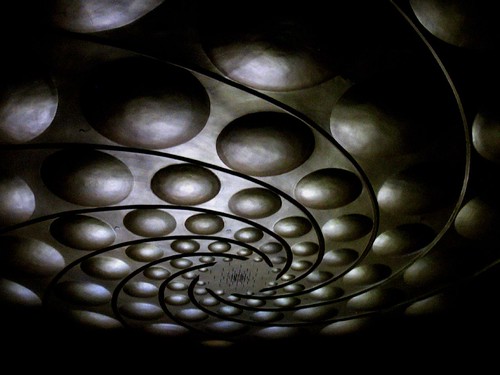 Ah, the original on which the rule of thirds was approximated.

Yeah, pretty much. This one is a lot more precise. 🙂

The rule of thirds is a very crude approximation. So crude that it is basically wrong. Anyone doubting this please read Andreas Feininger’s books on composition.

I really like lightstalker articles but this time the “textbook example” is wrong. One can see/feel that the positioning is not harmonious. It doesn’t even adhere to the rule of thirds. The Mona Lisa is a textbook example with many golden sections featured.

As an addendum I’d like to add that while the Moma Lisa contains many “golden rectangles” (for proportions) it probably is not the best example for using golden ratios for placement.

Great illustration of a new tool for my composition bag. Thank you!

I’ve used it for years. The Golden Section or Golden Means is one of the strongest compositions you can use. If you aren’t using it yet, learn it, USE IT! You’ll be glad you did.

A while back I acquired two “grid” overlays to go with my “rule of thirds” overlays. One was a Golden Section overlay that divided into 9 sections like the rule of thirds overlay and the other was the Spiral overlay based on this concept. Often when cropping images before I varied from the rule of thirds overlays just on gut reactions and liking the image better with breaking the rule. So I went back with the Fibonacci grid to see how it matched with these variations and nearly always it mapped perfectly to my gut instincts!!!! This really amazed me and made me much more aware of these grids instead of rule of thirds which I rarely use anymore. Good luck to all. PS when beginning the rule of thirds is an easy way to get started in the correct direction, but as you advance it is worth looking at Fibonacci.

More: the Fibonacci spiral is the true application of this concept as it involves the balance of ratios to open space. The Fibonacci “grid I mentioned is a much simplified approach that is not a true application but is useful to get started on this road. To make one, you simply take a rectangle of the ratio you camera uses and make a parallel line to each side that is in from the edge 60% that results in a grid that is very similar to the rule of thirds but has a smaller center rectangle. As you grow you start being more aware of the other content or lack there of (negative space). It really gets interesting when you have secondary points of interest or even more.

In being succinct, you’ve kind of butchered the maths and the concept of using the Golden Section in composition. Your diagram armature doesn’t use the full frame of the image and would be confusing to someone who doesn’t know much about Golden ratio spirals, and composition. There are now several good books on Atelier painting and drawing which go into a detailed discussion of composition that you should reference. Great thoughts, good information to pass on, but the knowledge is deeper.