Wide angle lenses are used by a variety of landscape photographers seeking that perfect wide angle shot. That's the typical scenario, but the reality is that there are so many other ways to utilize a wide angle lens that you would do well to have at least one in your set.

Yes, using a wide angle lens often creates distortion and chromatic aberration and so forth. But those issues aren't really such a big deal if you do your post-process correctly. And who are we to judge that the distortion is really a bad thing?

Landscape photographers and architecture photographers both benefit from the use of wide angle lenses. This is owing to the fact that they can include so many elements into a single shot without having to opt out for a panorama, which could ruin the shot.

Interesting example of portraiture done with a wide angle lens. The subject (portrait) isn't skewed much due to the center placement, but you can see a whole lot from the washing machine which makes this photo work.

This is an up-and-coming trend in photography. I am seeing more and more portraits shot with wide angle lenses. However, the angles are usually weird, coming from a bird’s eye view or from the bottom up. This seems reminiscent of the fisheye trend that was really popular at the beginning of the hip-hop scene during the 1990’s. These types of portraits are more like a fusion of a landscape/cityscape with a model added in to contribute a human element to the picture.

Because of the inherent design of wide angle lenses, the foreground is naturally emphasized while the background is easily nudged farther back. Nature photographers (landscape artists) do this quite often, but it doesn’t have to be done exclusively with nature shots. You can do the same with people, architecture, and any other subject matter in which you want to the foreground made to stand out.

For those who photograph cityscapes and scenes with highly angular architecture, wide angle lenses can be used to emphasize the leading lines and create an illusion that leads the eye towards the subject (or some other area in the scene) that you want attention drawn to. 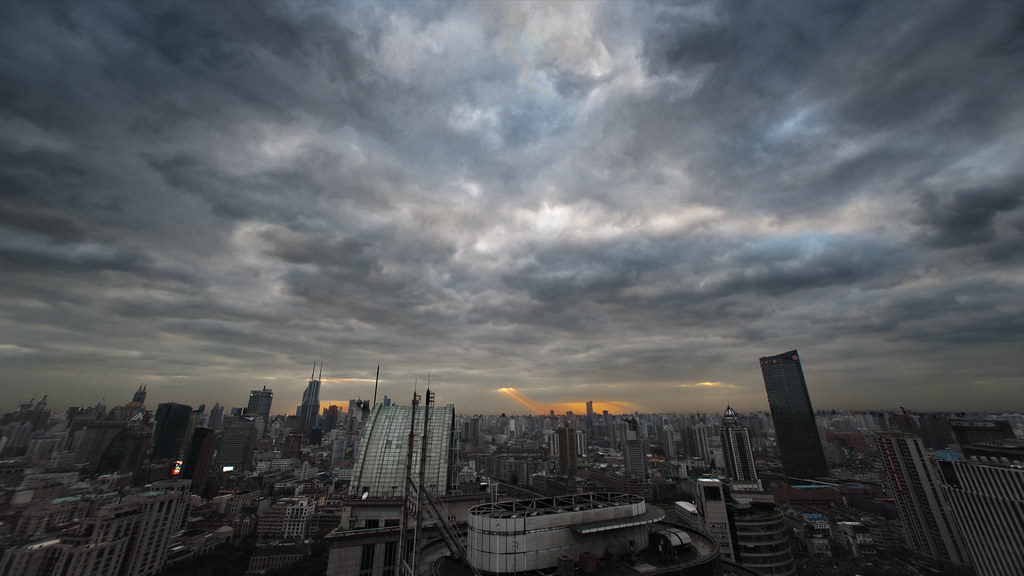 Additionally, when used at a slight angle, wide angle lenses create converging verticals which make things appear taller or longer (depending on the angle). This adds some drama to the image. This technique is often used in shooting architecture and when photographing forests or similar landscapes.

Have you ever tried to take a good shot in a train cabin? Or inside a car, perhaps? I'll bet your 35mm lens was a bit too long for you to properly compose the shot. That's why you need a wide angle lens. As an added bonus, it will make the place feel a bit bigger than it really is so the subject won’t be too cramped in the image.

The Truth About Depth of Field

It is a myth that wide angle lenses have a wide depth of field that brings more things are in focus. The reality is that the depth of field fades away more gradually due to the lack of zoom compression, giving the illusion of a wider field of focus. That’s especially true if the lens is stopped down a bit. The field of focus will fade out so gradually that in many pictures the difference isn’t even noticeable.

What You Should Know About Polarizing and Other Kinds of Filters

If you love polarizing filters, then I'm sorry to inform you that using them with wide angle lenses doesn't work very well. The lens will be fine, but the image, on the other hand, will not. The polarizing filter affects reflections and due to the barrel distortion and sheer vastness of the scene you will be photographing, the polarizer filter will give you an uneven effect especially visible in the sky.

Photo by linux-works – This lens isn't capable of holding filters due to the front element design.

Additionally, you should be aware that some wide angle lenses can’t take filters at all due to the front element design. Before you buy a certain lens, check to see if it is capable of having filters screwed in. If you rely on filters and you buy a lens which can’t take any filters, then you will basically be wasting your money.

Which wide angle lens is your favorite? Which ones are you using, and how? Feel free to share your thoughts in the comments below.

I love using my Sigma 10-20mm for morning Florida sunrises with D40 or D5200
sharp crisp clean photos every time.

Thank you for this helpful review of the special strengths of ultrawide lenses. As I read, I thought, “And watch out for the obverse…” Failing to include a foreground subject, for example = blah photo.

You’re misinformed about filters. There are two types of filters: screw-in or drop-in, which require a holder. The manufacturers of drop in filters have created systems to accommodate lenses with bulbous front elements. These systems even include polarized. Not as easy as a screw-in filter but it is incorrect to say that these lenses CANNOT take filters.