Nineteen years ago I got my first real camera, a Canon EOS Rebel X.  This 35mm film camera for me was something I had been lusting after for years, all the way back to the famous Andre Agassi campaign with the famous catch-line stop taking snapshots and start taking photographs.  The days of mullets have thankfully faded but the campaign mesmerized me.  At the ripe age of 16 I finally had the camera and some off-brand crappy zoom lens, with zero knowledge of how the thing worked, what different film speeds meant or what any of the numbers on the camera were for. 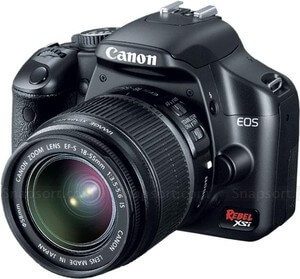 Between 1995 and the fall of 1999 I burned through hundreds of rolls of film, most ended up at the bottom of the round filing cabinet in the corner of my room.  While I was an early adopter to the Internet, there wasn't a whole lot out there for learning, photography was still somewhat of a closely guarded secret involving mystery, wizards and unicorns.  The fall of 1999 everything changed for me.  I found myself reading Photo.net's Making Photographs, it changed my entire outlook on everything as it simply explained what aperture, shutter speed and film ASA meant, and how they related to one another.  To this day I consider it one of the best 20 minute primers anyone can read.

With my new found knowledge I quickly started to apply what I learned and immediately saw better results.  This is around the time upgrade-itis started too.  By 2000 I purchased an EOS A2, it was a nice upgrade in speed and the added grip made it look more professional.  In 2003 the Canon released the 10d, the third consumer oriented digital camera and my first DSLR.  Hard to believe over a decade has passed since I handed over $1,500 for the 6.3MP camera.

More lenses were added to my arsenal, my understanding of the craft expanded and my results improved.  My 10d was sold to purchase a 5d, more lenses were added, a few flashes and several studio strobes.  2009 brought the 5d Mark II, perhaps one of the most game changing cameras produced in the century.  I didn't upgrade until late in 2010 though, but when I did wow, was it amazing.  Throughout the years since purchasing the 10d the jobs I'd accept started to grow, clients become repeat clients and I was earning a nice extra income from shooting.

My passion deflated, I felt defeated. I stopped taking on jobs.  Months were passing since picking my camera up and I tried everything to reinvigorate the feeling I once had from holding a camera and pressing the shutter button.  I bought the newly released Canon 40mm f/2.8 pancake lens and a cross body strap that mounted to the tripod socket.  I told myself this compact setup would go everywhere with me, and that it did, for about two weeks.  Making photographs just wasn't enjoyable to me.

In the fall of 2013 a trip was planned to Costa Rica with some friends.  This would be my chance to shoot for me again, to shoot for fun and love photography, at least this is what I told myself.  On February 1st of 2014 I boarded a plane with a fully packed carry on containing a half dozen lenses, body and all the accessories to make for what should be some of the best photographs of my life.  The second day in Costa Rica we made a 2 hour hike through the rain forest to the Rio Celeste falls.  It was humid, damp, occasionally raining and I'm hauling 12+ pounds of camera gear and tripod for what ended up being about 5 minutes of photographs.  At this point I knew I was over gear.  The following days I'd often leave my gear at the house because I couldn't be bothered to carry such large gear with me and ended up using my iPhone 5s to take pictures.

On the 7th day in Costa Rica we were driving through the tourist trap of Tamarindo and decided to stop for dinner, as it was getting late and meal options would be sparse by the time we drove the additional 90 minutes back to where we were staying in Playa Hermosa.   While waiting for our dinner in the open air restaurant, my friend noticed the dome light of our rented SUV come on.  We parked on a busy street under a street light and he thought at first maybe it was the reflection of headlights from a car driving past.  A second later he ran to the SUV, I followed immediately, not sure what he saw but not wanting him to go alone.

Locals had parked next to our SUV on the driver's side, which wasn't a parking spot. My friend later told me that's how he knew something was wrong.  The locals had popped the driver's lock, hit the power unlock button and one was in the back seat and stretched over into the cargo area, elbow deep in one of our bags.

Luckily, nothing was taken.  The locals got in their car and sped off without incident, each of us inspected the contents of our bags and confirmed they didn't get anything.  In the back was my fully loaded Crumpler backpack, including a 15″ Macbook Pro Retina, iPad mini, 5D2 and handful of lenses.  It was at this point it became painful obvious that having the biggest, most bad-ass camera setup no longer fit my needs or even how I was shooting anymore.

Within a month of returning home I sold all my Canon gear!

It was with heavy heart that I packaged up each box and shipped it out.  During this time I spent hours reading reviews and watching videos on YouTube, finally choosing to purchase a Fuji X-E2 mirrorless camera.  To it I added a 14mm f/2.8, 23mm f/1.4 and 35mm f/1.4 lenses. 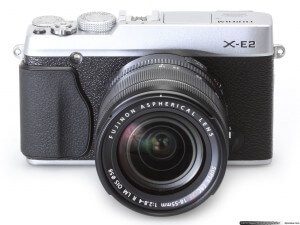 I was scared.  The button layouts were different.  Fuji glass didn't carry the same weight and respect as the red-rings of Canon L series.  It's not full frame.  ISO above 3200 is iffy.  The quality of flashes available is dismal and third-party flashes with e-ttl is non-existent.  It uses an EVF (electronic viewfinder).

At the same time I was excited.  Extremely excited.

In the 6 months since purchase, I haven't looked back.  With a body only slightly larger, yet lighter than a Canon G10 I still keep around, it produces some of the most beautiful images I could want.  I love shooting prime glass again.  I love how the metal lenses feel.  I love how no one looks twice when I am in public shooting with such small and toy-like looking camera.  The built in WiFi to transfer images to my iPhone or iPad is beautifully done.  I've changed how I carry and now use a modified backpack that also holds my laptop and goes virtually everywhere with me.

Probably the best way I can explain it.  The camera brings me joy.  It's far from perfect, there are quirks and limitations (Y U ONLY GO TO 1/4000?) but overall, I couldn't be happier.  Two friends, one with dual Nikon D3 bodies and another with dual Canon 5D3 bodies were so impressed they went out and bought X-T1 bodies from Fuji to have a fun camera.  Both are now using their fun cameras for paid assignments and weddings.

The downgrade to a mirrorless, crop factor camera has only been in size, weight.  Everything else has been a total upgrade and in many ways, changed how I approach photography.  More importantly, it's become fun.  For years I've preached to friends and family that the camera doesn't matter, only the photographs it produces.  I stand by this statement, but from a photographers standpoint, you must enjoy creating the photographs as much as you enjoy looking at them hanging on the wall.

I did essentially the same thing, for essentially the same reasons. Sold my Nikon bodies and a boatload of lenses and speedlights, bought an X-T1 and 3 Fuji lenses. Couldn’t be happier. Even feeling good about the new Bolt VS-260F flash unit made specifically for Fujifilm cameras.

My thought on this is that worse cameras also make better photographers as they have to work harder and more creatively to defy thier gear limits. similar to how zoom lenses can make a photographer lazy, good bodies can for general photography (and I stress general as some photography is very gear intensive due to sever limitations ie astro) make photographers lazy.

If the “Fuji” is so good, why do you say you have downgraded your gear? Do you still believe in the superiority of certain brands, when most brands offer the same technology in this day and age.

Because many consider non-apsc and non full frame cameras to be only consumer camera and not pro cameras. More often then not mirrorless are avoided in the professional world because of consistent limitations that mirrorless have.

and this is the reason why i have a double take in “upgrading to full pro bodies” … my “kit” are 2 lenses and one 24.2 Megapixel body 3 Youngnuo flash and their transmitter and that is about it… the funny thing is that even though i have the set of stands to do off camera flash in most of my gigs i end up using a Youngnuo 468 TTL ON camera and the 18-55mm and bounce the flash for light.
Having sparse equipment just makes you be more creative and if it does not get in the way much better… oh sorry … yeah my paying my bills body is a D3200 with battery grip with 2 EN-L14a batteries and a super fast class 10 card. and it works wonders. It disappears from my hands when I take a photo and the setup is so light that it can be in my hand throughout a shoot or an event with one of the lenses and you don’t get tired.

I did the same thing about 5 years ago… Chose the Sony NEX7 which I later upgraded to the Sony A7r. Much happier.

I currently own a Pentax K5 (crop sensor) dslr with two fixed lenses. One lens is for wide angle shots and the other a telephoto
I arrived at this setup after fiddling with all sorts of cameras and lenses
But i wont say its perfect. Because i am yet to find a setup that ticks all the boxes for my travelling style
I love to take photos of wildlife which means i need telephoto! And telephoto lenses dont sit well on mirrorless bodies. The ergonomics makes it very awkward and uncomfortable to use!
I do have my eye on the Panasonic FZ1000 bridge camera which might be perfect for my travelling style. It does have a larger sensor than most other bridge cameras and a very fast focusing system. If i do get one and i think its perfect then i will get rid off my dslr and lenses.