While we often associate photographs of the beach of sun and fun, we often forget that winter throws up some amazing opportunities for landscapes and coastal landscapes. As you can see from the wonderful winter beach photographs below, just because it's snowing doesn't mean you should forget about the beach as a place to go! Don't forget to click through to the photographers if you like what you see and also check out the winter photography resources at the end of the collection! 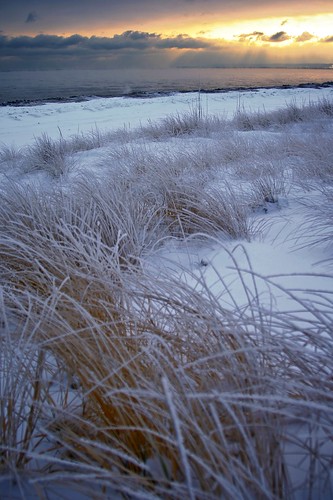 No Lifeguard on Duty by Benson Kua, on Flickr

snowing at the beach in barcelona by carolina naftali, on Flickr

Birds of a feather flock together; Sand dunes, Dornoch beach by foxypar4, on Flickr

Gorgeous !! I have a couple lighthouse pictures on the snowy beach of Lake Huron.

Hi, it is not on the beach but here also some nice winter pics from Germany…