Have you ever wondered about the world’s first photograph, or about the first self-portrait photo, or maybe about the first digital photo? The world of photography is full of amazing firsts. Ever since the world’s first photograph was made in 1826, photography has been continuously evolving. It has been more so in the recent times, with cellphone photography making it so much easier for us to create photos. Here is an interesting statistic to think about – today, we make as many photographs every two minutes as all of humanity did in all of the 1800s! Read on to get amazed by some fascinating firsts in photography. 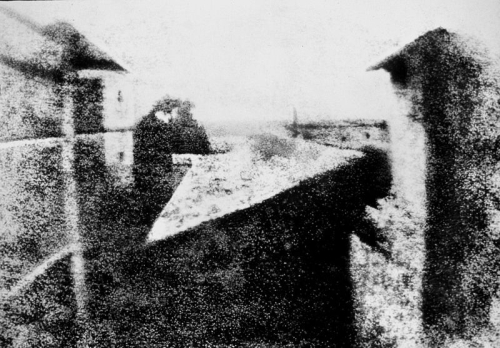 More precisely, it’s the earliest surviving photograph of a scene from nature taken with a camera obscura. Titled ‘View from the Window at le Gras', it was taken by Nicéphore Niépce in 1826. He had earlier made an image in 1825, of an engraving that showed a man leading his horse (photo shown below). Technically this would be the first photograph ever created but it was a photograph of a painting. 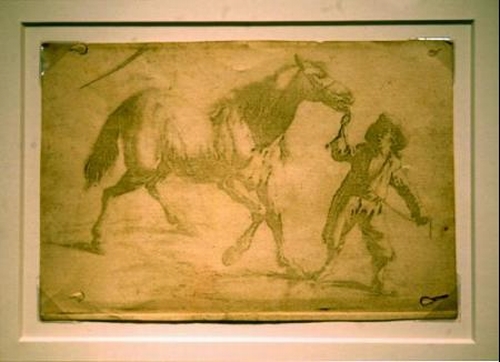 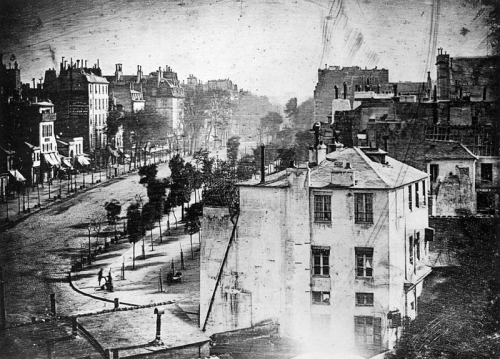 The first photograph to have a human subject (shown below) was photographed in 1840 by William Henry Fox Talbot, the inventor of the negative / positive photographic process. It shows a footman and a carriage. 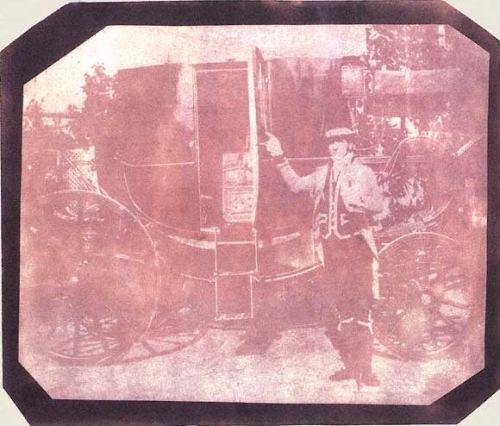 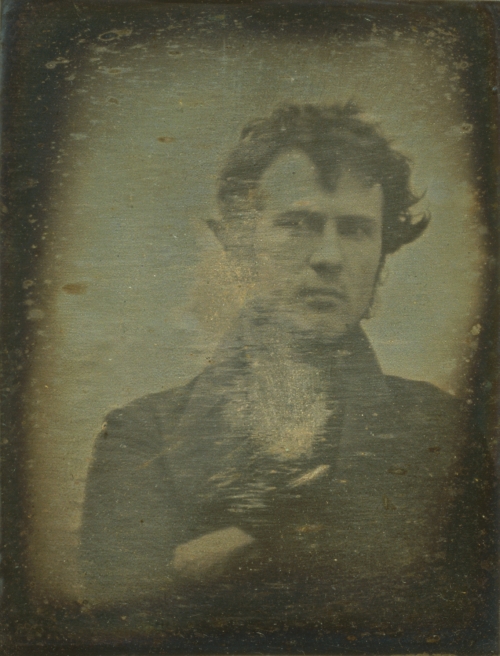 There had been self-portraits before in the form of paintings but not photographs. Robert Cornelius made the world's first self-portrait photograph (shown above). It was made using the daguerreotype process.

A man named L Ibbetson used oxy-hydrogen light, also known as limelight, to photograph microscopic objects. However, the results produced by this light were rather poor because the light was harsh. The subjects in the image using this light would end up with chalk-white pale faces.

Constance Fox Talbot, wife of the photographer-inventor William Henry Fox Talbot, is credited to be the first woman to take a photograph, a hazy image of a short verse by the Irish poet Thomas Moore. 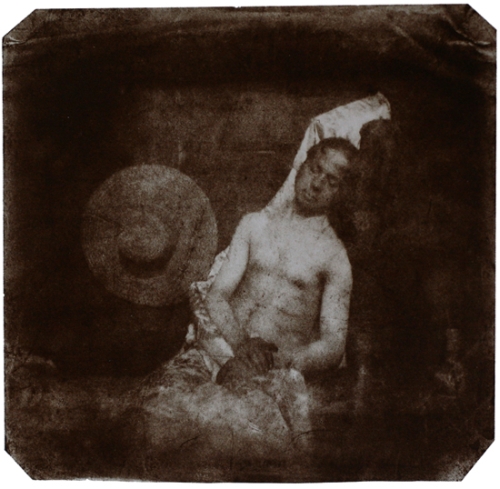 Hippolyte Bayard was an early pioneer of photography, who claimed to have invented photography earlier than Daguerre and Talbot. Yet, he never got any credit for his work. As a reaction to the injustice he felt he had been subjected to, he staged this photograph, where he portrayed himself as a drowned man. He titled this photo as ‘Self Portrait as a Drowned Man'.

The first colored photograph was made in 1861 by Thomas Sutton using a method suggested in 1855 by Scottish physicist James Clark Maxwell. The image was by photographing a tartan ribbon three times through red, blue, and yellow filters. The photographs were then combined to make this color composite image.

The first colored landscape photograph was taken by Louis Ducos du Hauron in 1872. The photo is of a view of Angouleme in Southern France (photo shown below). 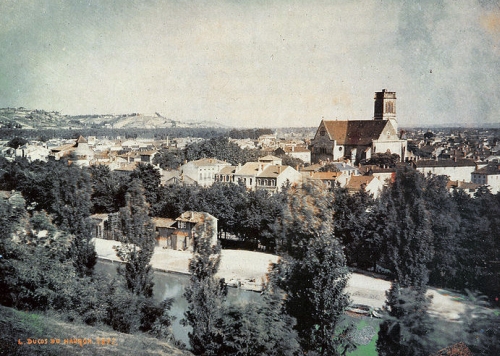 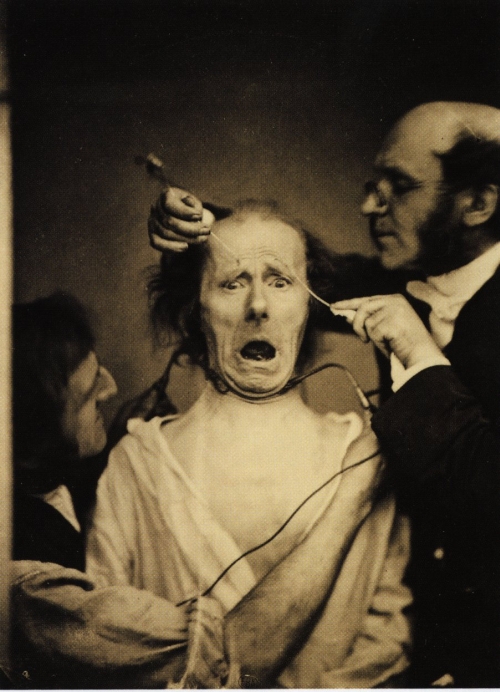 A French doctor, Guillaume Duchenne de Boulogne, was the first to use photography scientifically. His subject, as seen in the photo above, was subjected to slight electric currents and Guillaume would capture the change in facial expressions. These photographs became legendary. 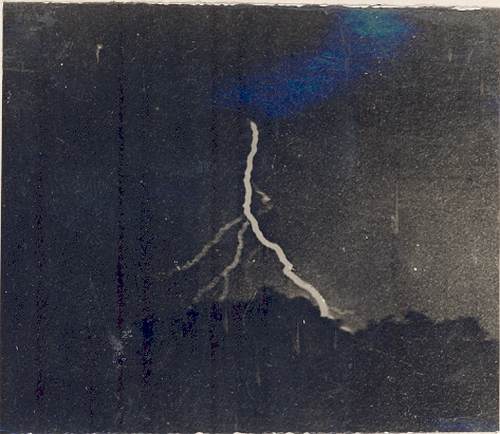 Amateur photographer William N Jennings made the first photograph of lightning in the year 1882. Given the technology available at the time, the photographs of something as dramatic as a lightning caused an international stir and established him as a pioneer in his field. He would have to wait for three years to produce his second lightning photograph in 1885! 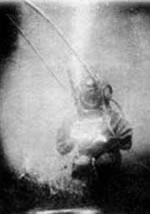 The first underwater camera system was developed in 1893 by French scientist Louis Boutan. This image was the world's first underwater photograph – the model was so excited that he held the identification plate upside down! 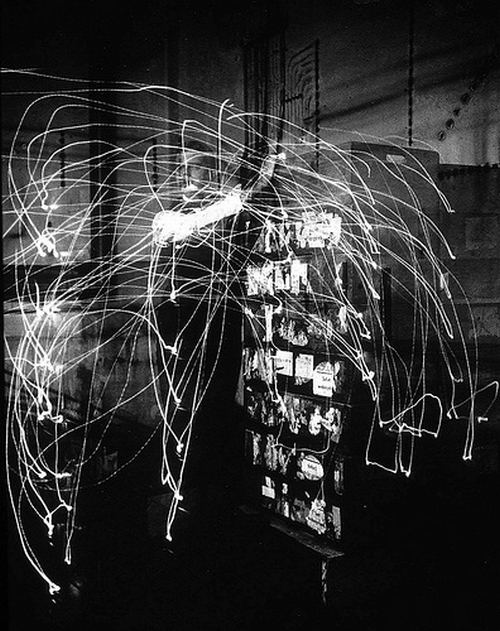 The first light painting photos were not made for the purpose of art. They were, instead, made to study the actions of workers and artisans. American researcher Frank Gilbreth and his wife Lillian, captured the movements of  workers and through light painting becoming the pioneers of this art. 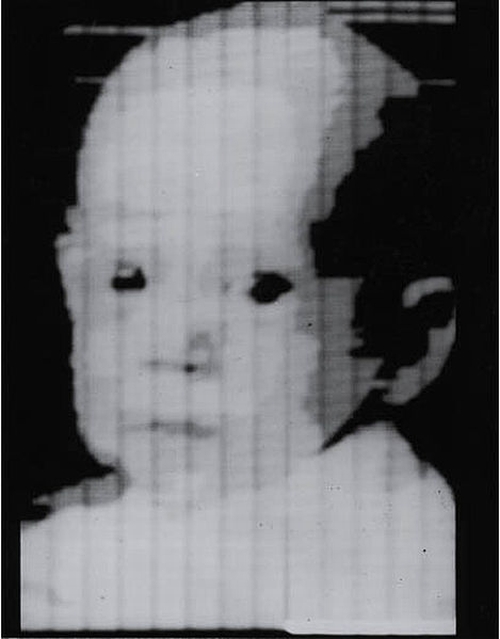 This image here is the first digital photograph. Russell Kirsch, a computer pioneer in the USA, developed the system by which a camera could be fed into a computer. The photo is of Kirsch’s three month old son Walden and it had a resolution of 176×176 pixels. 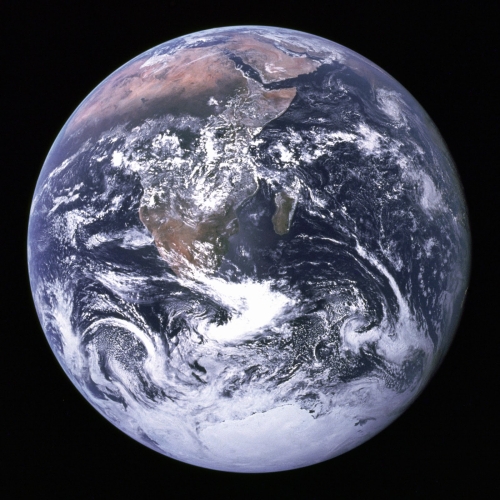 This image is known as The Blue Marble. Taken on December 7, 1972 by the Apollo 17 crew, it was the first photo to show a fully illuminated Earth. The Sun was right behind the spacecraft and hence, it lit the Earth completely.

The first photo to be uploaded on the World Wide Web was of an all-girl parody pop group called Les Horribles Cernettes. Uploaded on the web in the year 1992, little did they know that they were creating history. You can check the photo on wikipedia, here.

On 18 June this year, a GIF was beamed into space. It was sent 17.6 light years away from Earth to the Gliese 526 solar system, identified as a potentially habitable solar system. Called the Lone Signal, it shows Kim Asendorf, a conceptual artist, looking at a piece of art. It is hoped that people from Gliese 526 will be able to see “Humans watching Digital Art” in 17.6 years.

Sources, and links to other interesting articles

think that you should have mentioned Camille Silvy for his “River Scene” as a first ‘photoshopped’ composite.