It's October and that frightful time of year is upon us in many countries around the globe. Halloween. For kids, it's costumes of ghosts, goblins, princesses, movie characters and animals. For photographers (notice that I did not say grownups!), it's a time of creating mystery, a bit a dark drama, a lack of color and a starkness that emanates foreboding emotion.

We'll explore subjects that automatically evoke a creepy, eerie sensation using techniques of 1) harsh editing 2) silhouettes 2) shadows 4) exposure 5) distortion and 6) movement. We'll look at the kind of subjects that work best in each category and how you can create that spooky image. Let's get started!

1. Harsh Editing – For the Eerie Look 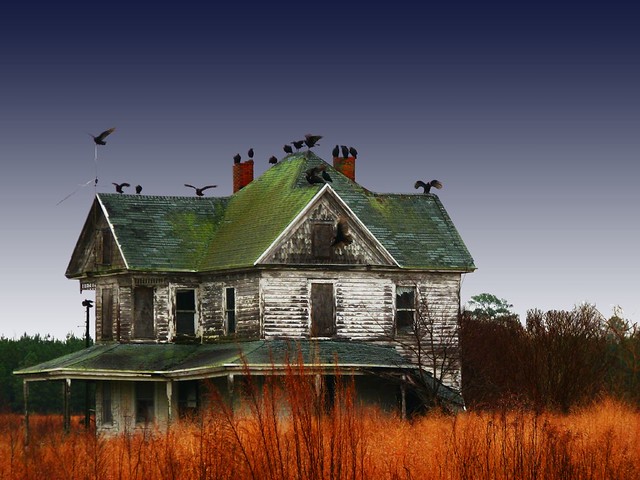 Iron and dark metals introduce a cold, harsh effect. The iron railing was a severe contrast against a stormy sky. Initially this image was processed in Lightroom 5.0 (LR5) using a high amount of contrast and clarity then further edited in Silver Efex Pro. When this image was initially loaded into LR5, the railing was over a large body of water. The water and waves detracted from the hard feeling of the iron and sky. With a minor crop process, my desired combination took hold. Camera, lens and settings: Nikon 600, 50mm 1.8G ISO 250, f/13, 1/250 sec. 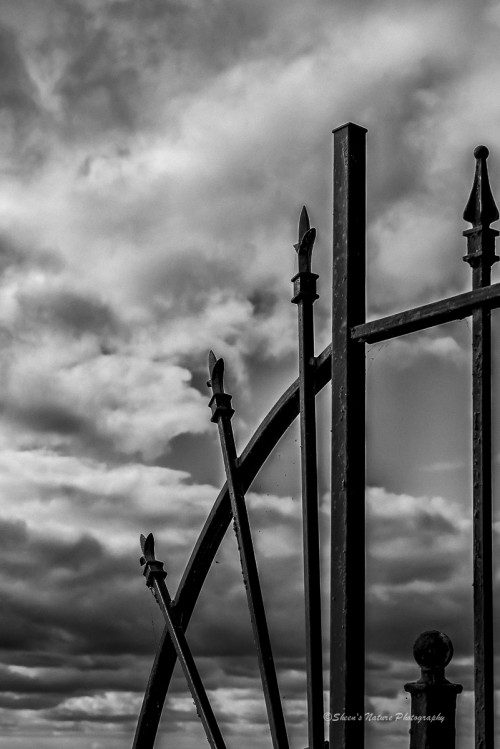 Backlit on a branch or flying against a darkening sky, black birds such as the grackle, crow or red-winged blackbird represent poetic loneliness. The red-winged blackbird was taken in the spring. He flew right as I was pressing the shutter. This picture is the primary reason I very rarely edit or delete images before loading onto my laptop. Initially, I thought I had missed the shot but as I saw bird's talons trailing against the sky, “Edgar Allan” became a personal favorite. Settings used ISO 200, f/5, 1/2000, 55-300mm, and a bit of luck. 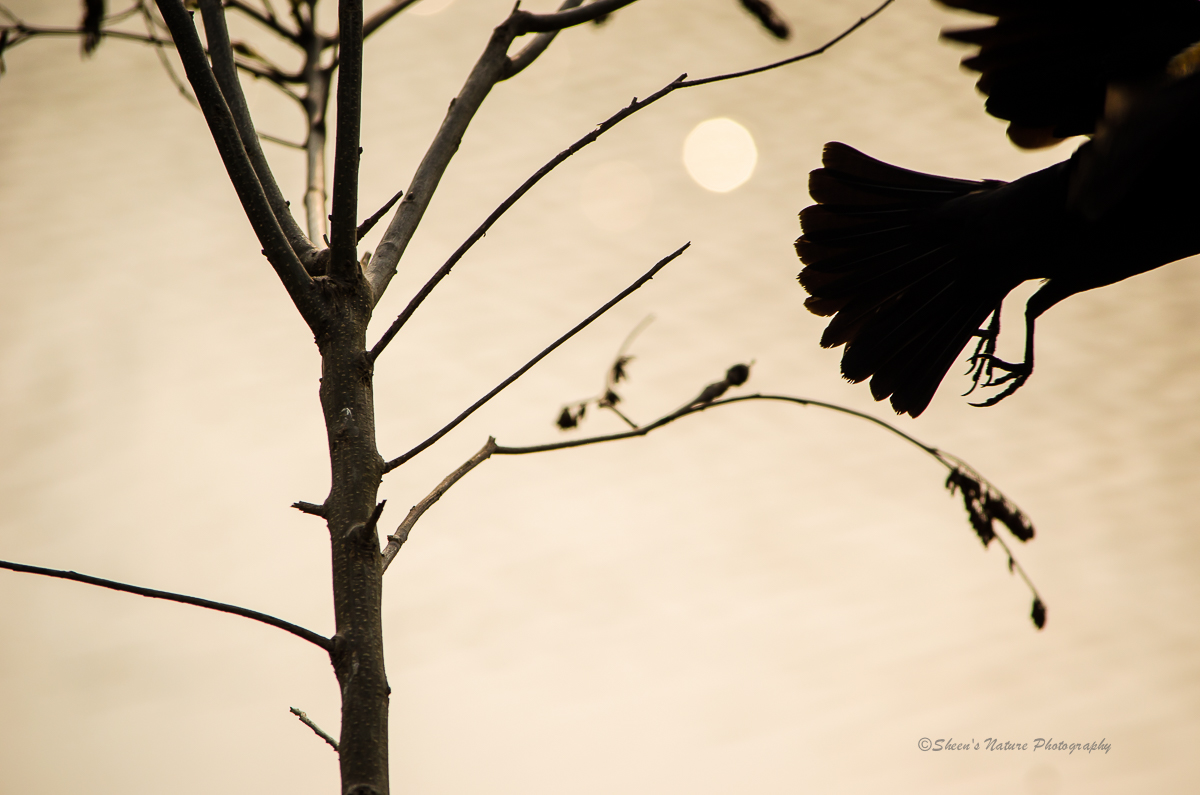 Not all scary Halloween moments are, well, scary. For a bit of “Scream” movie fun, the artist combined the effective use of shadows and light, black and white, combined with color. This character may be scary to some, fun to others. Her severely arched feet indicate fear and chill while the bright color gave a sense of playfulness with the balloon.

What's on the other side of this curtain? Is it someone who's going to let some light in? Or, is this an image of a hand in need of help? The shadow of the hand without the detail of the arm or body adds a sense of mystery as the light prevents us from seeing the rest. 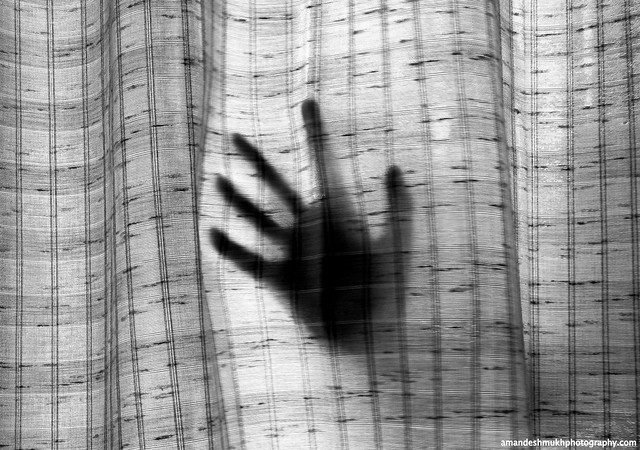 A Face with No Eyes

An underexposed, blurred image of a face with only the skin highlighted messages that this character is up to nothing good. 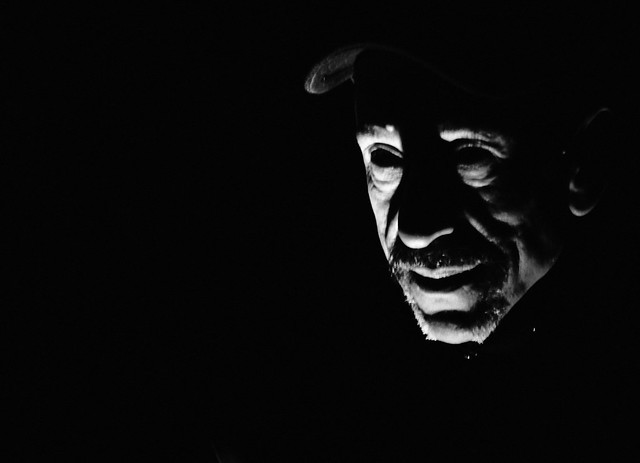 With a lower exposure and lower light, the house in the thick woods doesn't look like a safe haven. The green tint along with the effective rendering of lightening the shadows in strategic areas on the ground, pulls the viewer towards the house and fog. 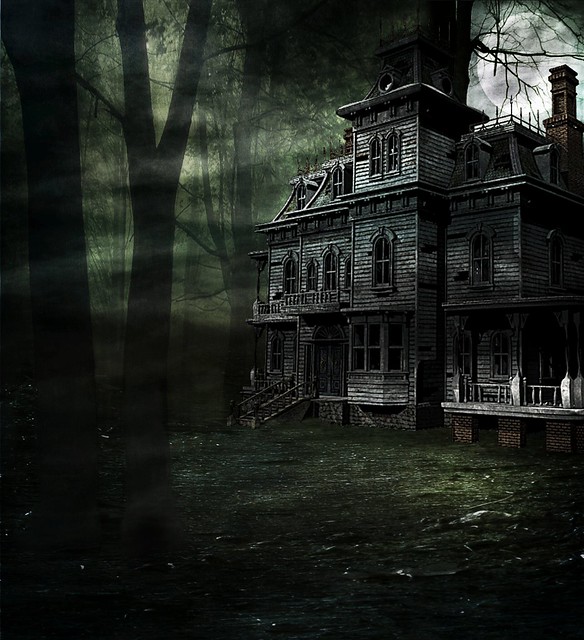 A Feeling of Vertigo

The recent How to Create Special Effects without Photoshop article by Jason Little showed how to create images with movement. These green woods in a still photograph would have made for a nice, pleasant image. Instead, this artist used movement and a lack of clarity that's often found in the beginning of eerie dreams or a state of confusion. 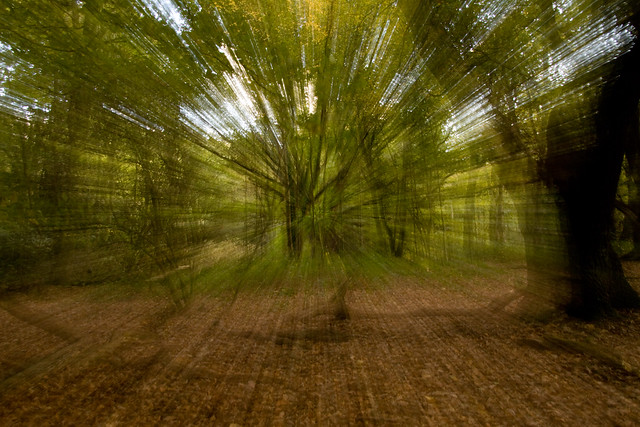 This face-only cat image is a different depiction of the scary cat. A close-up of the clear eyes and the very shallow depth of field ensures that the attention is drawn to his bright, all-knowing eyes. 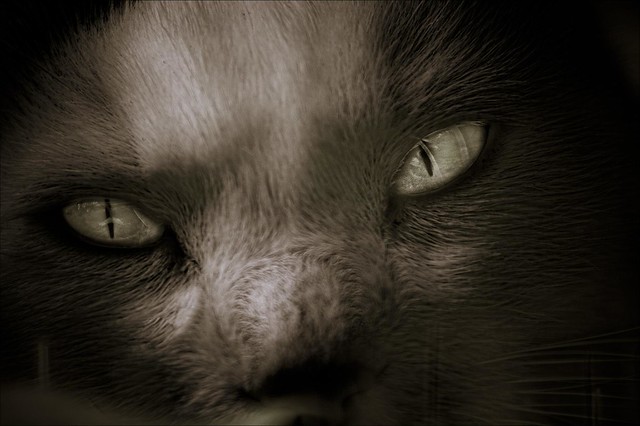 6. Movement & Stillness for an Added Chill

Whether it was Count Dracula or Barnabas Collins, our favorite vampire had his lair in a castle on a cliff or a night setting in which the winds and clouds moved large, creaking branches. Images of stoic trees with moving clouds cast a sense of chill and wind. 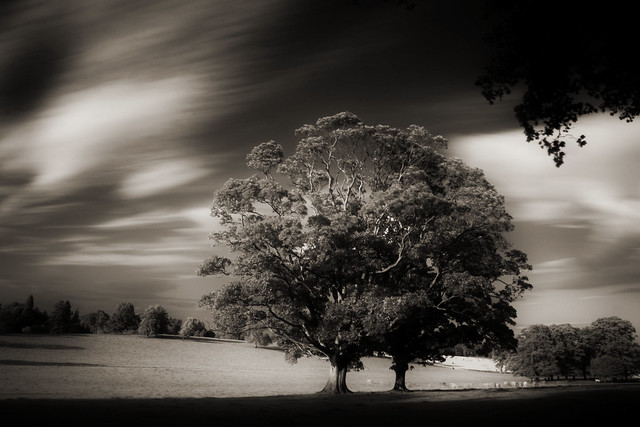 A celebration of Halloween would not be complete without the castle. Captured looking up at the latter part of the day, it's only a matter of time before bats and black birds begin their evening flights.

Create similar images using tall churches at sunset or sunrise. Heavy clouds in the background or night photography with the lights shining from inside is another idea to try. Working with a higher ISO and slow shutter speed combination would be needed for night images. 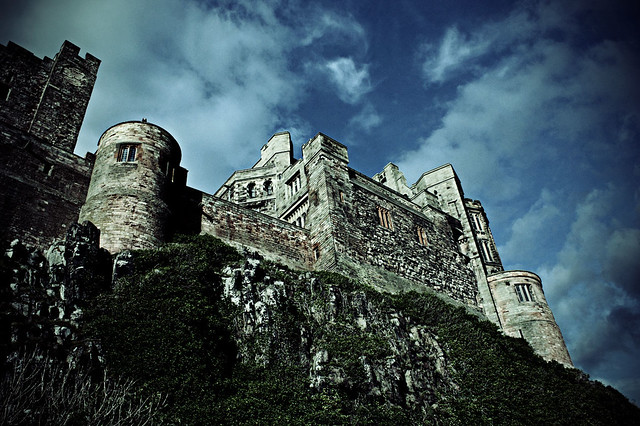 Do you have an image that is a scary favorite? Share and scare with your fellow Light Stalking members. Happy Halloween!