Today, we are spoilt for choice – there are an incredible number cameras for us to choose from. What has remained fairly constant however is the manufacturers of those cameras. Although there are a few newer players, mainly from the consumer electronics  industry, there is still a hard core of the well known tr1aditional camera makers in any top ten list of photographic companies. Over the next few months we are going to take brief look at the history of some of the most iconic camera makers around today, starting with Nikon.

Ask any non-photographer to name a camera company, and there is a well-above-average chance that they will say Nikon. Although the Nikon brand has become synonymous with well made cameras with great ergonomics, in reality this reputation only really developed since the early 1960s with the introduction of the Nikon F1. The company itself can trace its genetics back to 1917 when three of Japan’s main optical manufacturers joined forces to form Nippon Kōgaku Kōgyō Kabushikigaisha, known in English as the Japan Optical Industries Company.

As the name suggests,  the company concentrated on the production of optics for cameras, microscopes and binoculars amongst others. By 1921, Japan Optical were producing their own binoculars and microscopes and building a reputation for quality lenses and by the early 30s they were producing lenses for cameras, including, ironically, the first Canon cameras. In 1932 the name Nikkor was registered to denote their camera lenses

World War Two saw the company expand rapidly as they developed optical equipment for the Japanese military but it wasn’t until 1948 that first Nikon camera was developed, the Nikon 1. The Nikon 1 was a interchangeable lens rangefinder camera with a slight smaller then full 35mm frame of 24mmx32mm. 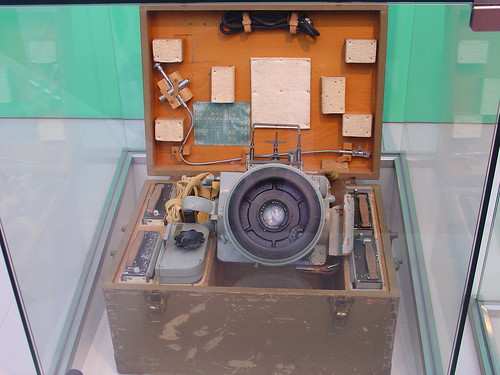 The name Nikon came from the merger of Japan Optical and the well know Zeiss lens brand Ikon, although this would later lead to trademark disputes which is the reason some early cameras were called Nikkors not Nikons

Through the 1950s Nikon produced a series of well made but not particularly revolutionary rangefinders, building a reputation for good quality optics. It wasn't until 1959 that Nikon developed the camera that would elevate it to a global player, the Nikon F.

The F was a single lens reflex, 35mm camera, so well designed and incredibly durable that it rapidly captured a huge share of the photo journalist market, this combined with the Vietnam war propelled the F to almost mythical status. The F line of film cameras continued into the new millennium, right up to the Nikon F6. 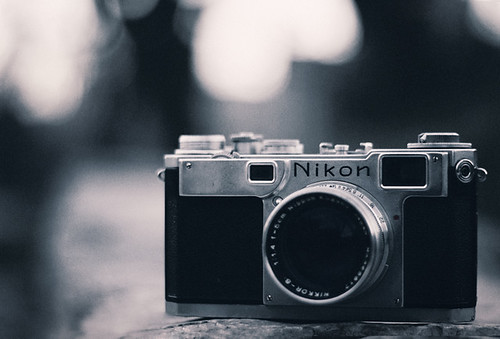 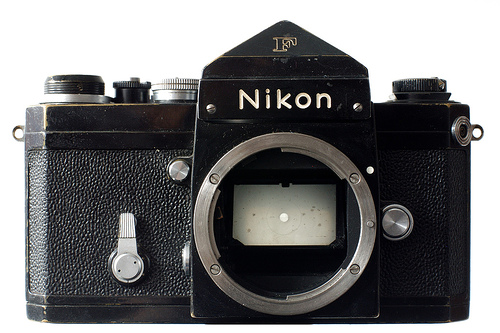 Nikon were also at the forefront of the digital revolution, having modified an F4 to digital for Nasa in the early 90s. From this they formed a partnership with Kodak creating a series of early DSLRs aimed again at the photo journalist market. In 1999 Nikon introduce a true digital successor to the F series of film cameras, the Nikon D1. It was one of the very first affordable professional DSLRs and rapidly gained a good share of the market.

In the first years of the new millennium, Nikon were slow to capitalize on their early advantage in the digital market. Although producing good quality cameras they did not recognize the rapidly growing demand for both megapixels and low light capabilities. During that time, Canon stole a march them, stealing away a large number of professionals particularly from the news and sports field. Combined with clever marketing such as the use of white, professional lenses, Canon quickly became the cameras of choice both to pros and enthusiasts alike.

Recognizing the falling market share, Nikon re-organized its management and started to develop a strategy to return it to the top. The first camera to be released under the new management was the Nikon D3. Before it went on sale, there was a lot of controversy over the fact its pixel count remained at 12mp like its predecessor the D2X. Once in the hands of both reviewers and professionals alike, this controversy slipped away.

The D3 was Nikon’s first full frame DSLR and it’s killer feature was its incredible low light capabilities, way ahead of the competition at the time. Nikon quickly followed this with a prosumer DLSR with the same sensor, the D700 a camera that rapidly found favour with wedding photographers due to its low light capabilities. The renaissance of Nikon’s digital line continues to this day with the D4/D800 combination along with it’s new line of mirrorless cameras. 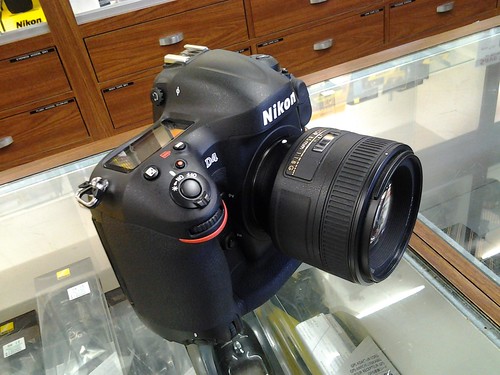 In the next article in the series, we will take a look at Nikon’s arch rival, Canon.