Flash is something we take for granted in photography today. Many of our cameras have built in flashguns, there are powerful and incredibly sophisticated mounted flashguns, wireless slaves and of course studio flash lights with incredible versatility. Of course it hasn't always been that way, yet the requirement we have for flash these days still stems from the same basic needs of the pioneer photographers and that is to supplement or provide light to take pictures.

Life was not easy for the early photographers, not only did their equipment weigh enough to break the back of a small elephant, exposure times required several turns of an egg timer. Add into this equation the early flashguns and you can see being a photographic pioneer was no bed of roses.

The first true flashguns used a powder formed from a mixture of magnesium powder with potassium chlorate. Igniting this produced a brief intense light that could dramatically reduce exposure times. The problem was that in effect you were setting off a small explosion at the end of a stick, quite close to your body. This unfortunately led to the death of several photographers and the disfigurement of many more.

The Flash Gets a Little Safer

By the turn of the 20th Century magnesium powder had been refined somewhat, being safer, but was still being used for the first few decades. At the same time, it was realised that if the explosion could be contained within a glass bulb, then flash photography would become both safer and more convenient. Development of bulbs was not easy however and it took until 1930 for the first commercially viable flash bulb to hit the market, manufactured by German Johannes Ostermeier. These bulbs were not small about the size of a standard house lightbulb, and there were still prone to premature detonation but they revolutionized photography, greatly increasing the areas where a photographer could work. 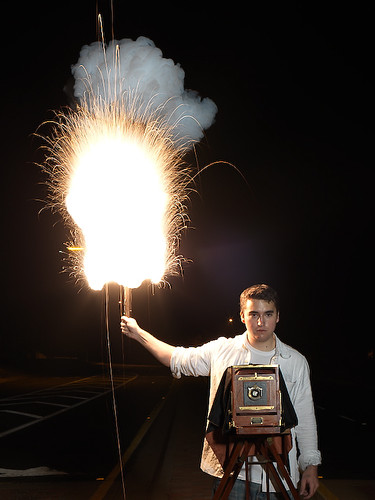 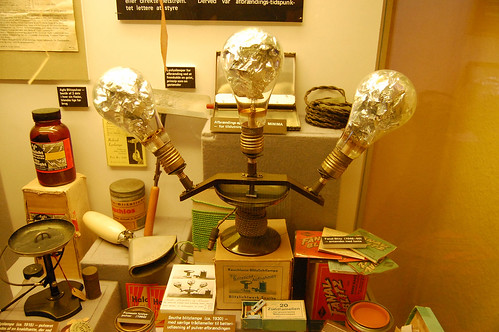 The next major step in flash photography also occurred in the 1930s, the synchronization of the flash to the camera, with the shutter triggering the flash. This development opened the door of flash photography to the average amateur photographer. The flash bulb remained with us for the next forty years in one incarnation or another. Kodak popularized the use of flash by amateurs with its introduction of the flash cube, basically four separate flash bulbs in a small cube, often used with Kodak’s Instamatic 126 cameras and later on 110 format cameras. 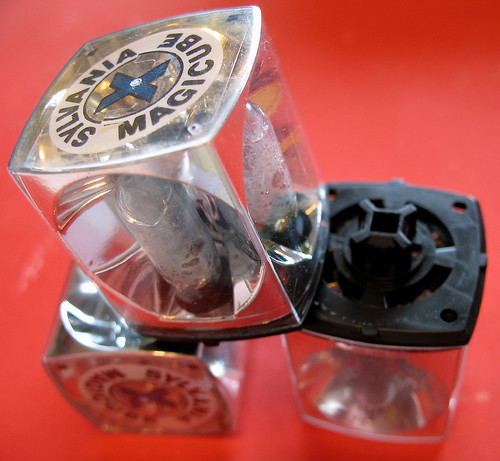 Mid 1960s saw the next step change in the history of flash with the introduction of the electronic flashgun, eliminating the need for constantly replacing the expensive bulbs after every shot. Initially aimed at professionals, electronic flashguns became more mainstream in the late 1970s and early 80s.

They work by passing discharging a capacitor in a sealed bulb of Xeon gas, creating a brief, intense but highly controllable flash of light. The increasing use of advanced electronics in film SLRs of the 80s led to the introduction of “through the lens” (TTL) metering and dedicated flashguns, both by camera manufacturers and third party companies, such as Vivitar with their legendary 283 and of course Metz who remain perhaps the most important provider or third party flashguns.

Other innovations in recent years include red-eye reduction, where the flash fires a series of pre-flashes to reduce the subject’s pupil size and prevent the flash being reflected back from the retina and wireless slaves and command units that allow multiple guns to be used at various angles, all synchronised to one camera. 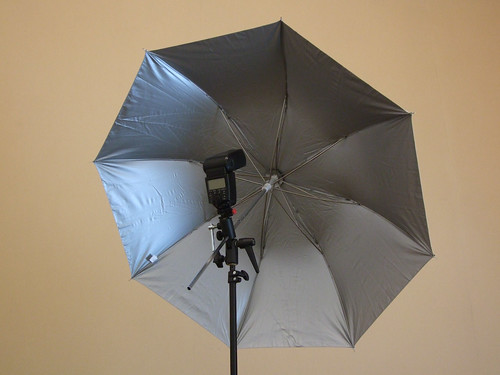 The evolution of flash by Scott Beale, on Flickr

Despite the sophisticated technology of modern flash, the basic requirement for one remains the same, to provide light where there is none or little and to this end, we are still the kindred spirits of our pioneering forefathers.