A few weeks ago I had an opportunity to do a helicopter flight around Queenstown, New Zealand. It was my  first attempt at aerial photography (my first time in a helicopter in fact) so I'm by no means an expert, but I thought I'd share some tips and photos from my flight.

The first thing you have to decide is whether to join an existing flight with a group of other passengers or charter a helicopter yourself. Sharing a flight with other people is obviously a much cheaper option but it does limit your options. Firstly your flight path will be dictated by the pilot and the flight times will be typically during the day when the light is not at its best. The best time of day for aerial photography, just like regular landscapes, is during the golden hours, which are around sunrise and sunset.

Also with a shared flight, your seating position isn't guaranteed so you could end up sitting away from the window which will make taking photos much harder. And even if you are sitting next to a window, shooting through the glass can cause glare problems which are very difficult to remove from your photos.

A chartered flight is a lot more expensive, but if you can find one or two friends to share it with then it becomes much more cost-effective. Having your own flight means you can go when you want, where you want, and also have the door off so you don't have to shoot through a window. If you can afford it, I'd thoroughly recommend this option. 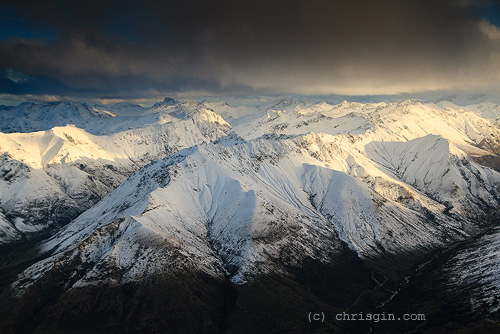 How to Choose the Right Gear

Most helicopters will have room for a camera bag and tripod (which could be useful if you make any landings and end up taking photos from the ground), however since the majority of photos will be taken in the air you will need to carry your essentials on you.

For me this was the camera (Canon 7D with Tamron 17-50 lens) and a 3-stop GND filter. I chose the 17-50 lens as I wanted a fast lens (f/2.8) that could shoot reasonably wide (17mm) but had the ability to zoom in when I needed to. It turned out to be the perfect choice, as a wide angle lens (e.g. 10mm) would have been too wide (getting parts of the helicopter in the shot) and a longer lens wouldn't have allowed me to capture enough of the scenery in one frame.

The GND filter came in useful at times, especially when I was shooting into the sun, but at other times it was too strong so I was taking it on and off throughout the flight as needed. However one thing to be aware of with an open-door flight is to handle any loose objects very carefully in order to avoid them flying out the door. If that happens, not only do you lose some equipment and risk injuring someone on the ground, but you could do serious damage to the helicopter's tail rotor if your gear hits it. Needless to say that's not what you want to happen when you're hundreds of feet in the air! 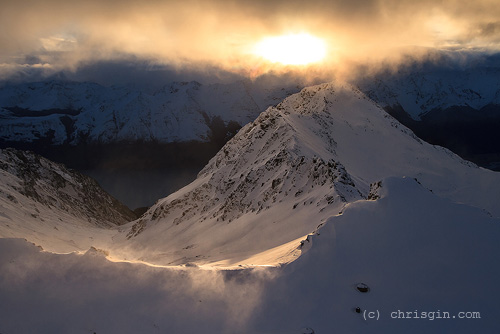 What Camera Settings Should You Be Using?

The major obstacle you have to deal with when taking photos in the air is camera shake, caused by the moving helicopter and its vibrations. For this reason a fast shutter speed is required and I chose to shoot in Shutter Priority mode with a shutter speed of 1/1000 sec. This is where my reasonably fast lens (f/2.8) came in handy because using a wide aperture allowed me to keep the ISO down to 100 or 200. Normally with landscapes you'd want to shoot with a narrow aperture such as f/11 to achieve as much depth of field as possible, but in this case I wasn't worried about that as I didn't have any foreground objects close to the camera (so f/2.8 was fine).

I started my flight about an hour before sunset and the light was good enough for most of the flight to retain the 1/1000 sec shutter speed, but towards the end it got a bit darker and  I switched to a shutter speed of 1/500 sec, which also turned out to be sufficient. 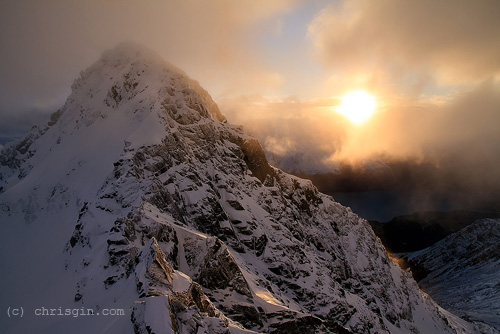 Doing some aerial photography is a great way to get some shots from a different perspective than you normally would, and it's a lot of fun. Apart from using a faster shutter speed than usual and being extra careful with any loose gear you have, it's pretty much the same as taking other landscape photos and you even get to do it sitting down!

I hope you found the above tips helpful and enjoyed the photos.

Thank you for the tips! I recently took a heli ride over the Las Vegas Strip but my lens wasn’t fast enough. My photos were blurry from camera shake!

I’ve been shooting aerials from helicopters and fixed wing aircraft for about 2 years now and the advice on not having any loose items when you have the doors off is excellent. The idea of taking a tripod, not so much. If you are able to shoot at 1,000 sec, you don’t need a tripod and if you are in a two man helicopter, there’s absolutely no room for it. Leave the tripod at home.

Shake seems to be the unavoidable problem with aerial photography. I like that you mention using a f/2.8 lens though because you really don’t have to worry about objects in the foreground from the sky! Really great advice for anyone looking to do aerial photography. Thanks for the help!

Thank you so much for this! Keep it up with the patiently explained tutorials and don’t get discouraged by no comments on your posts.

Thanks for mentioning that flying with a group will limit your options when taking pictures in the helicopter but will also be significantly cheaper. My cousin is interested in aerial photography and wants to ride in a helicopter so that he can take pictures. I will let him know that flying in a group will be the best way for him to save money.