France is undoubtably a photographer’s paradise, from majestic Paris to the stunning landscapes of Dordogne, there is barely a corner of the country that is not photogenic. One of the many photographic gems is Bordeaux in the Gironde Department in South Western France. Many may be surprised that it is not a large metropolis, its population being around 240,000 people but along the banks of the beautiful Garonne River lies a visually stunning city. Today we are going to look at some places to photograph in this elegant location.

Bordeaux’s airport is not large but is served by some low cost airlines from major European capitals such as London and Madrid. Be aware that low cost airlines often have very strict rules about carry-on luggage weights and this may be a factor when bringing your camera equipment. Another option and one that would take you direct to the city centre would be to use France’s excellent TGV rail services, the city being just 3 hours from Paris on the train.
The majority of the city is compact enough to wander around on foot even carrying all your photographic equipment with plenty of watering holes to refresh yourself on the way. To get further afield there are excellent bus and tram services for a reasonable price.

The thing that struck me most about Bordeaux is the light. At anytime of day it has a beautiful softness that makes photography a delight. The golden hours are particularly gorgeous, especially along the banks of the Garonne with the yellow light making the architecture come to life.
A step back from the banks of the Garonne is Place des Quinconces. This massive square can be tricky to capture in it’s entirety but does lend itself to panoramic shots. It’s centrepiece however is the Girondists monument a tall column surrounded by a magnificent fountain with horses spouting water. Its a great place not only to photograph in itself but also for the street photographer, as it is a gathering place for tourists and locals alike. 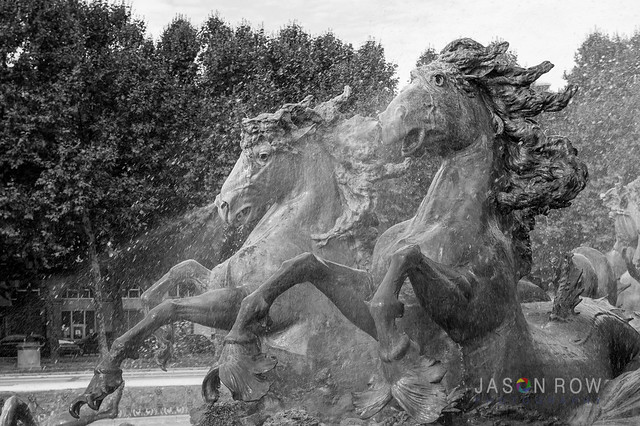 Perhaps Bordeaux’s most photogenic location is Place de la Bourse. This magnificent square is not only on the banks of the Garonne but also the very heart of the city. In its centre is another fountain but by far the most photogenic element is the more modern Miroir des Quais. Sitting in front of the Place de la Bourse, this is in effect a mirror fountain with fines mists of water spraying into the air and leaving a fine reflective film on the pavement. Not only does it allow for amazing images of the architecure reflected in the mirror but also on a summers day the locals use it as a place to have fun, kids darting in and out of the water sprays. An enchanting place to shoot. 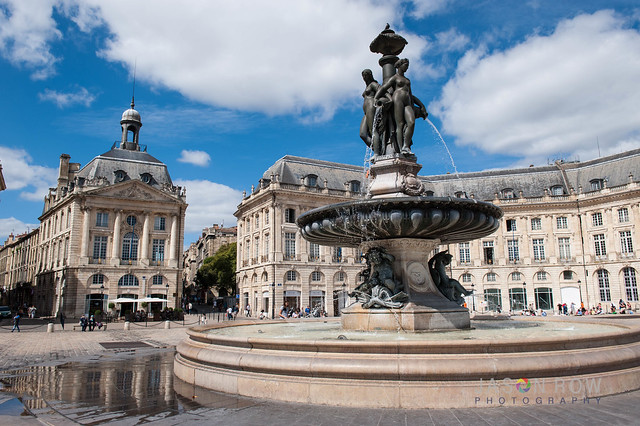 Like so many French cities, Bordeaux’s architecture in general is a delight to photograph. The yellow sandstone buildings are beautiful clean and incredibly ornate and the maritime light adds a beautiful definition to the details. Two prime examples of this are in the city centre at Place de la Comedie which boasts the ornate Grand Hotel de Bordeaux and the National Opera House. 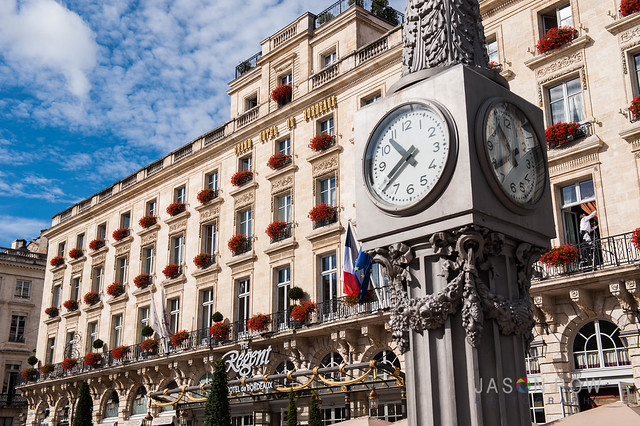 Also in common with many French cities is the street life. It is a street photographer’s paradise with all the cliches of French life on show and much more. From street cafes to beautiful markets, Bordeaux has a rich tapestry of color and humanity that will keep a street photographer engaged all day long. 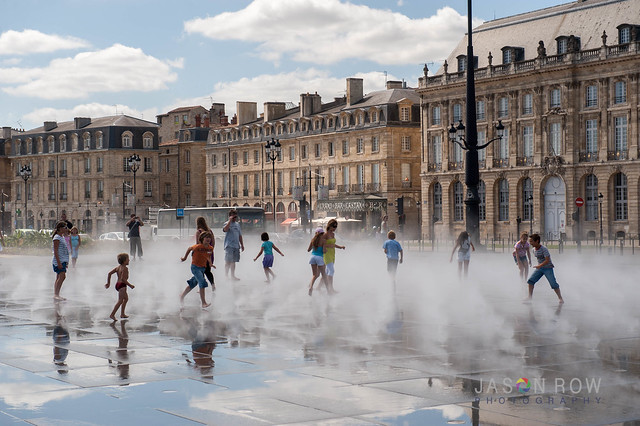 As we have mentioned, the city sits on the banks of the Garonne river and this itself makes a fantastic photographic opportunity. Cruise ships and other vessels often traverse this river into the city centre and the bridges that cross it are also highly photogeneic. Looking back at the city from the opposite bank or from the decks of a ship gives another great view, best shot either at dawn or in the hour before the sun sets 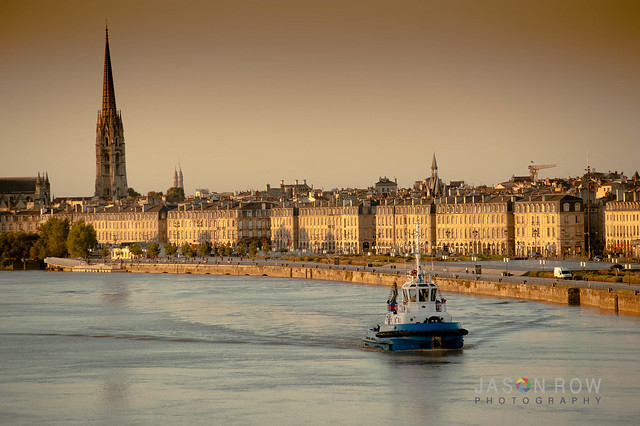 A spending a couple days in Bordeaux, it would be virtually impossible for a photographer not to come away with a range of great shots. It has stunning architecture to match Paris, beautiful light and a magnificent river and yet maintains the small city feel that we photographer’s often prefer to the constant hustle and bustle of a major metropolis.
If you are planning a trip to Europe, then Bordeaux is certainly a place to consider. If you are in Europe then is a perfect location for a long weekend’s photoshop.