Benedek Lampert is a 21 years old self-taught photographer from Hungary, who fell in love with the miniature world when he was a child. He started shooting an unusual photo series of LEGO Star Wars, taking him around a month to complete.

The beauty of the photographs and the effort he puts into creating them is that he uses real things to bring in the fog, snow, smoke and rain effects in his photographs and DOES NOT use Photoshop.

When Benedek talks about his photography and the story behind the series, he says,

I started this LEGO photography – or I would say “Legography” – in June 2016. I made some attempt earlier, but then I hadn’t enough technical knowledge and suitable equipment. For eg.: Camera, Lens, etc.

I have two standpoints for my images that I consider the most important:

As a result of this, I take many attempts and keep experimenting with the scenes numerous times, as the results are unpredictable and cannot be based on calculations, especially because, I use real substances to create the effects in the pictures. 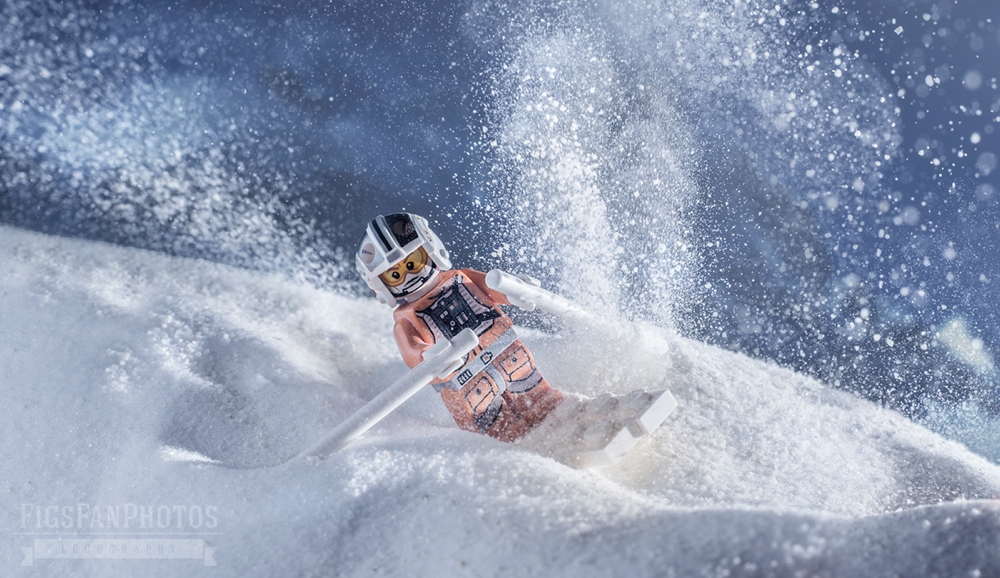 Skiing in the snow – Image by Benedek Lampert

Benedek goes on to say,

I spend many hours creating each picture and each series took me months to complete. The record time, which I have spent with one photo is 6-7 hours (Starting from the Dagobah-System.)

When talking about what Benedek uses to create the effects in his pictures, he says,

I do not use any photoshop effects in my images but use semolina, salt and flour as snow. The mud, smoke or rain is real too. The mud is real mud and the smoke is real pipe smoke. The rain is, water spurted from above. 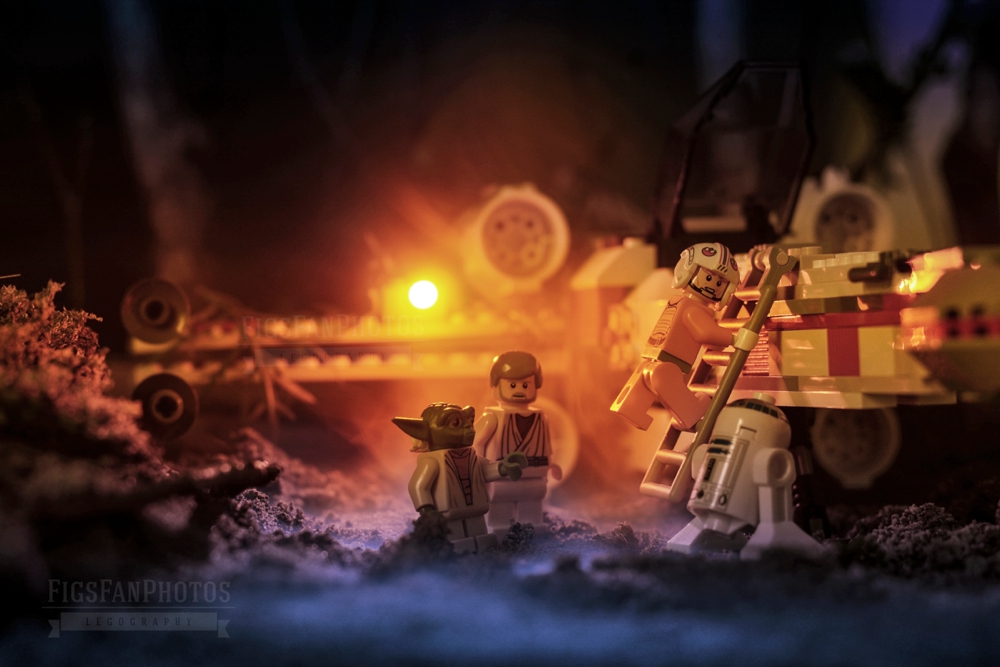 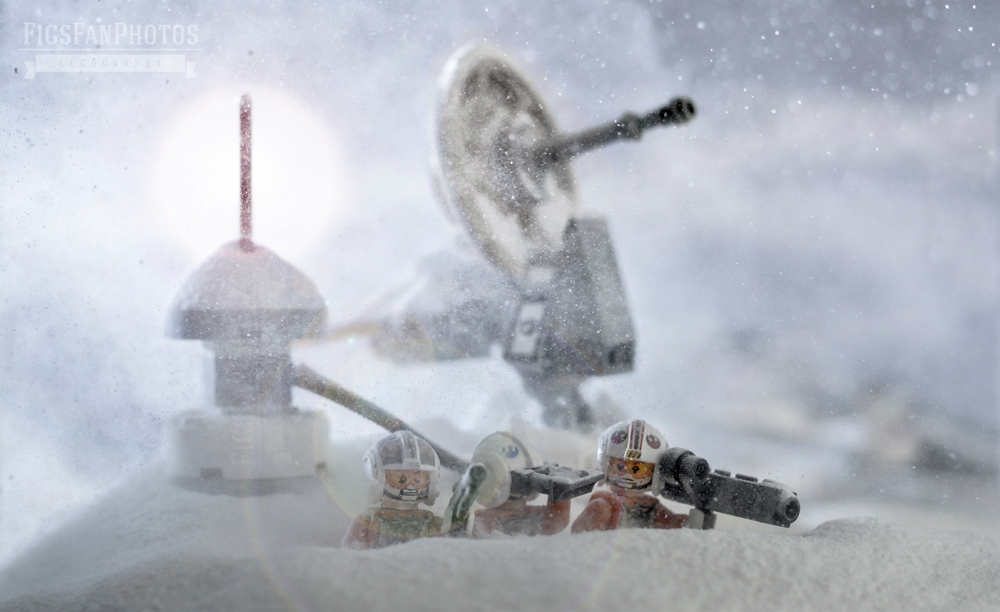 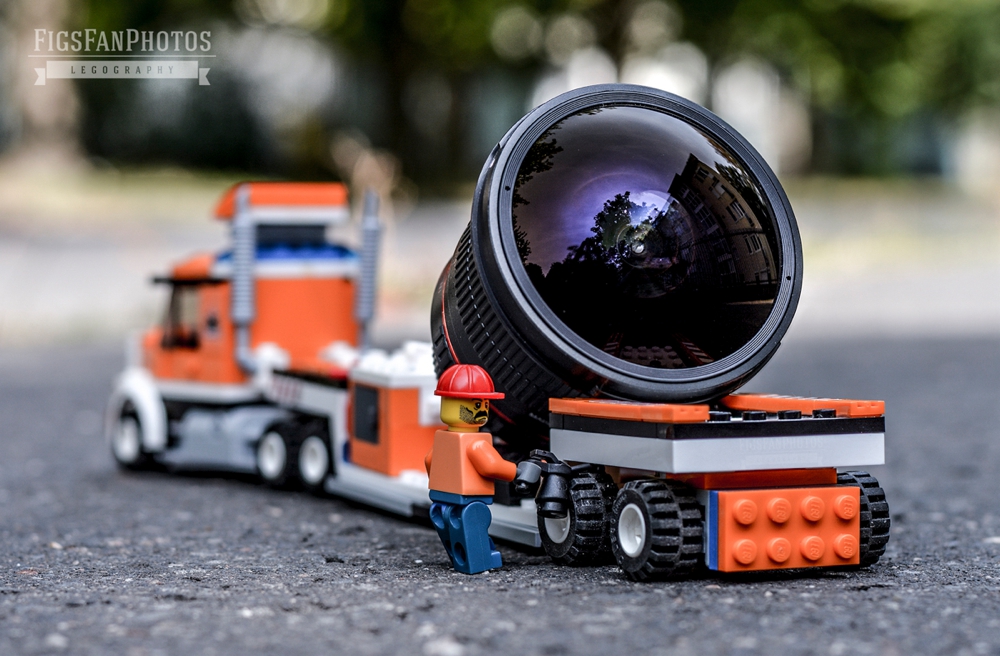 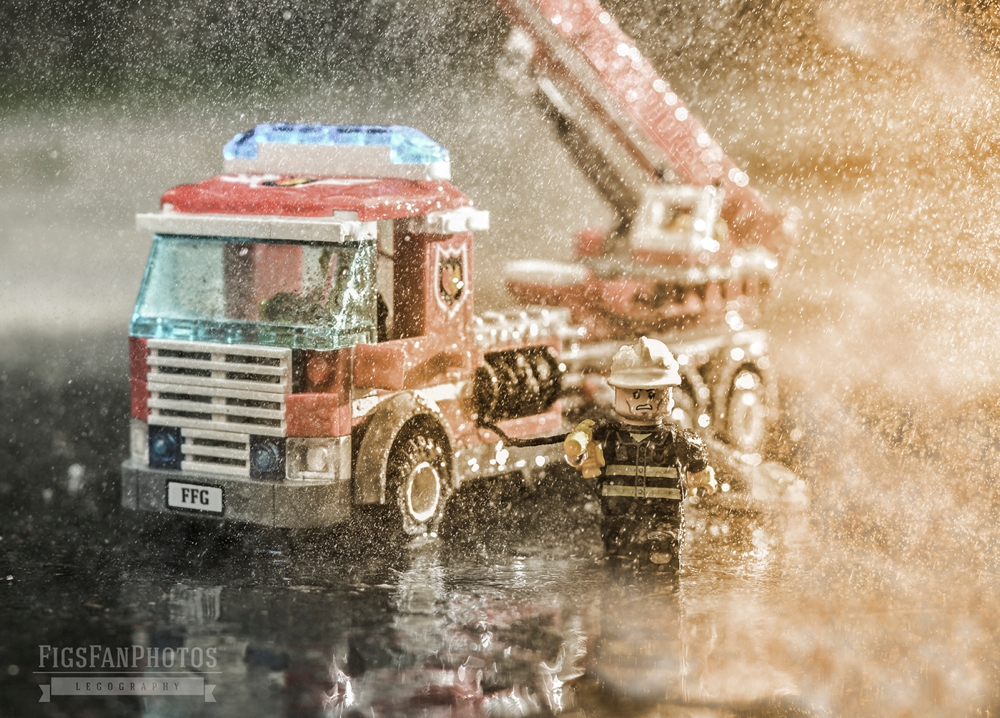 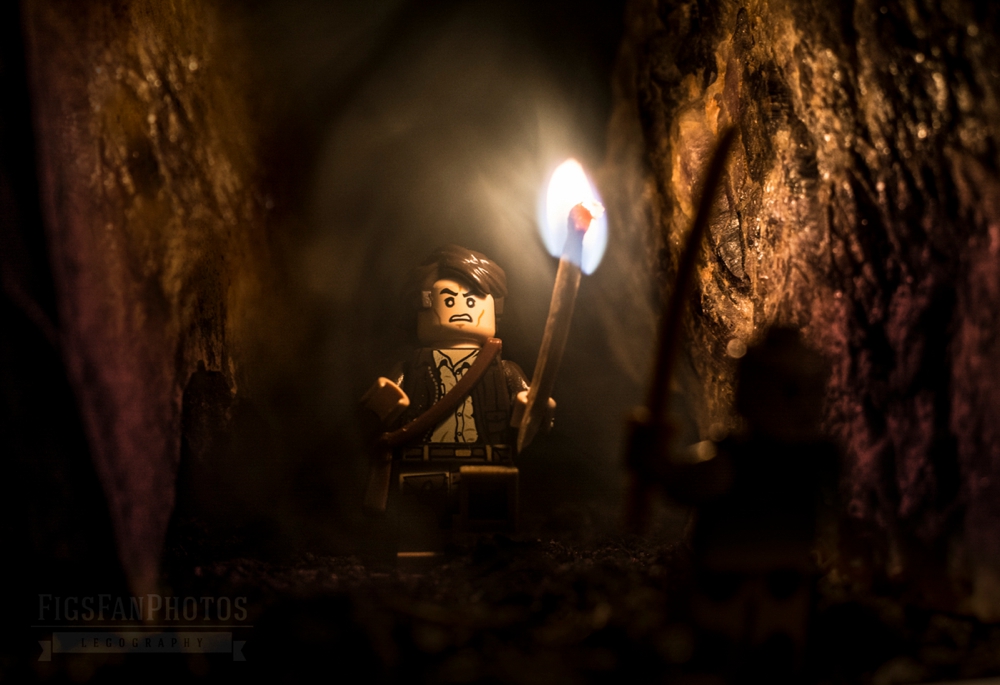 Someone is Waiting for Indiana – Image by Benedek Lampert 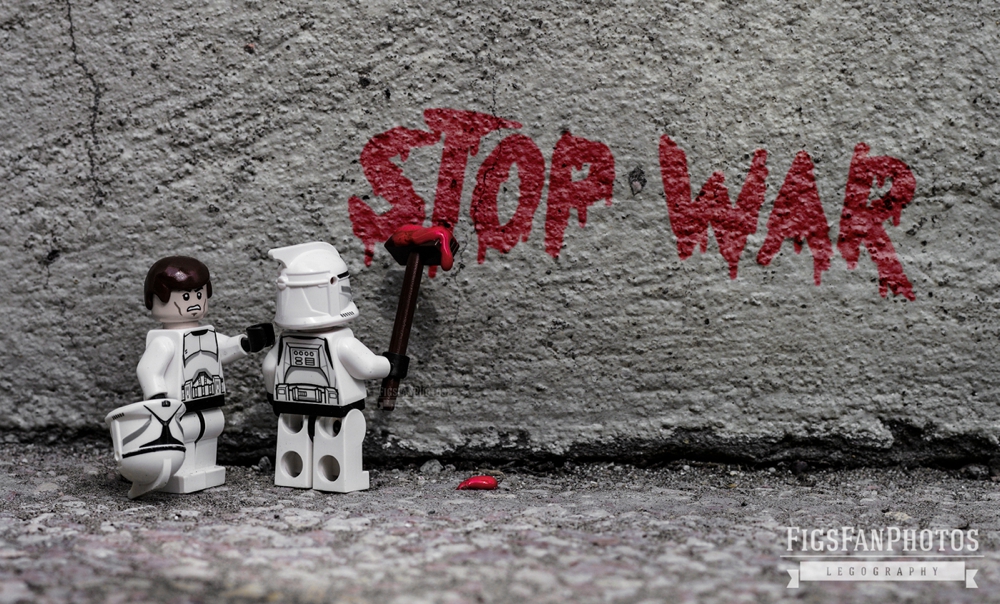 Benedek then continues to talk about his photo series, where he says,

The first series that I made was a Star Wars fan collection with iconic and fictive scenes. The second was a mixed themed series that included LEGO scenes with some dynamic or funny scenes that had no connection with each other.

I also created a Christmas series and the essence of the Christmas series is the mood and humour you see and feel. These photos do not include enmity but the imperial soldiers and rebels are friends at Christmas. 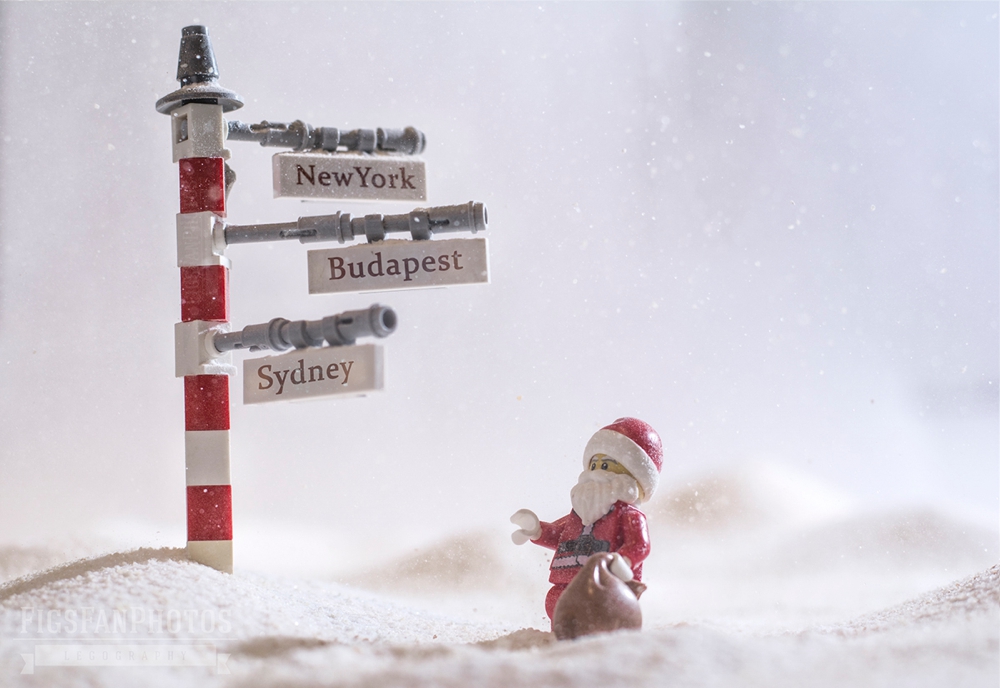 Start from the North Pole; Which way before the InterGalactic Trip? – Image by Benedek Lampert 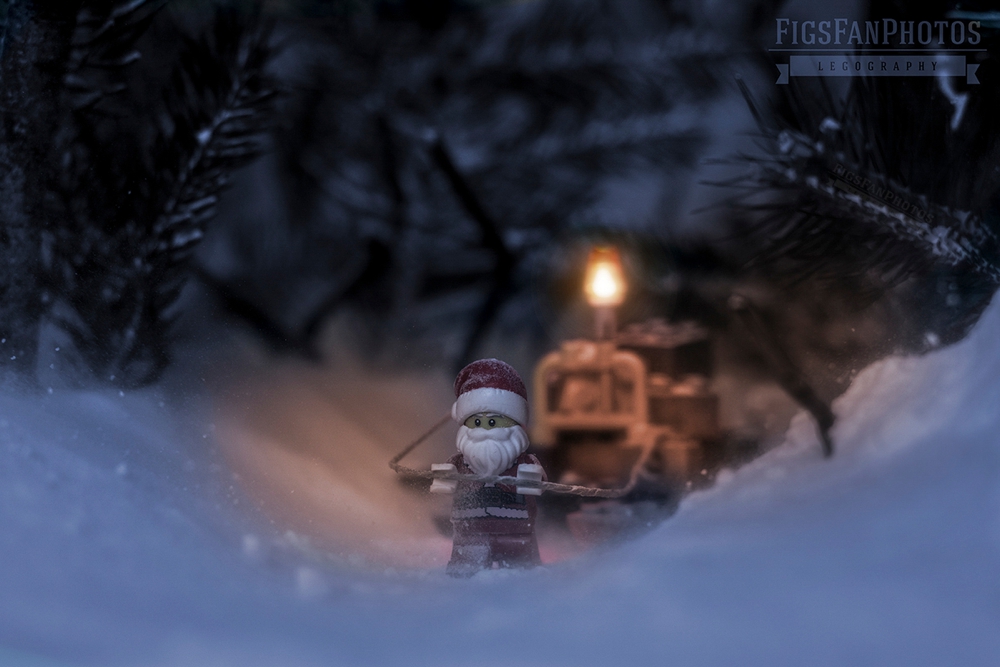 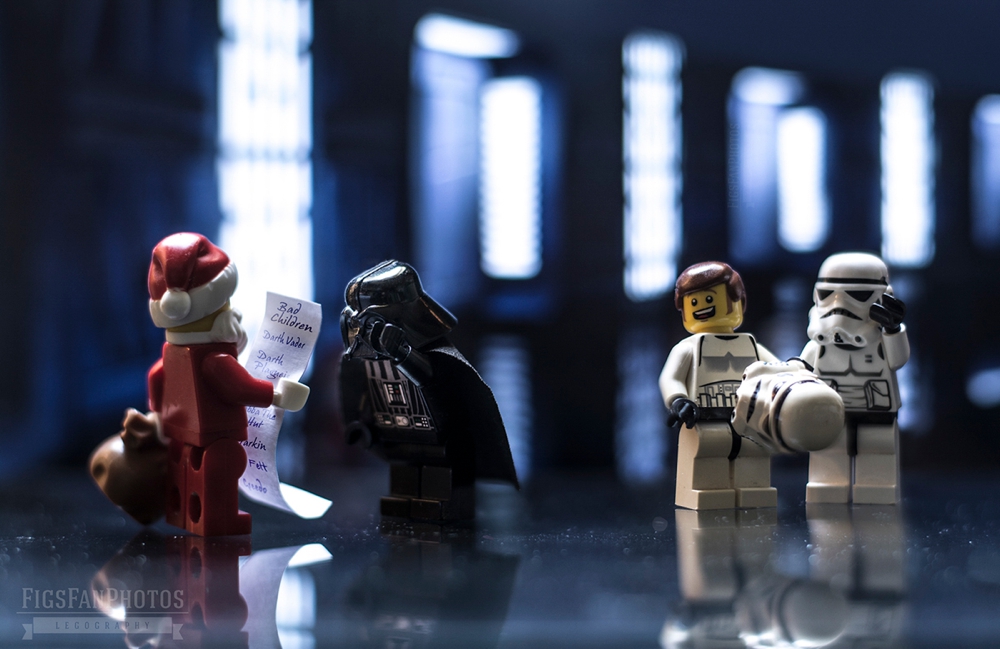 Vader was a Bad Guy this Year, so he doesn't get any Presents – Image by Benedek Lampert 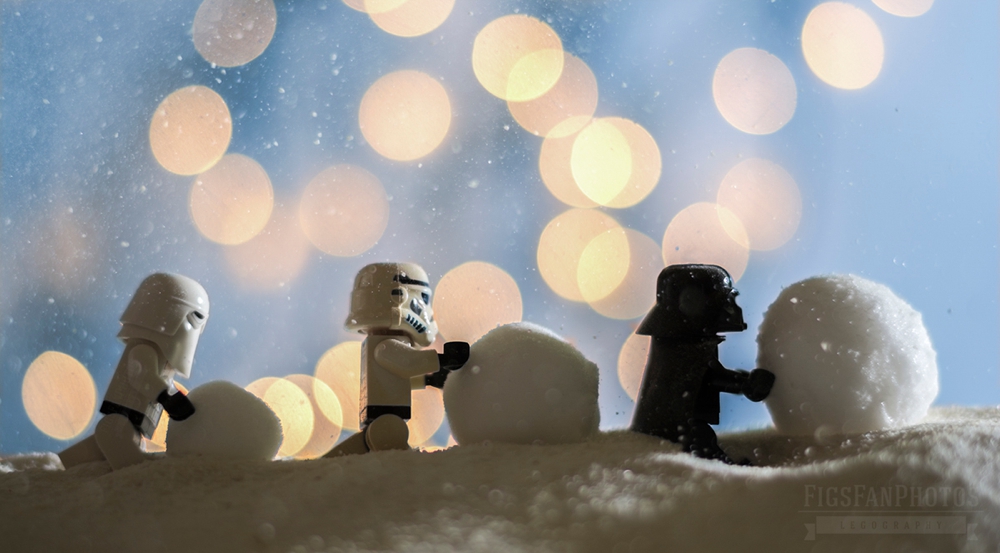 The Imperial Snowman is Coming – Image by Benedek Lampert 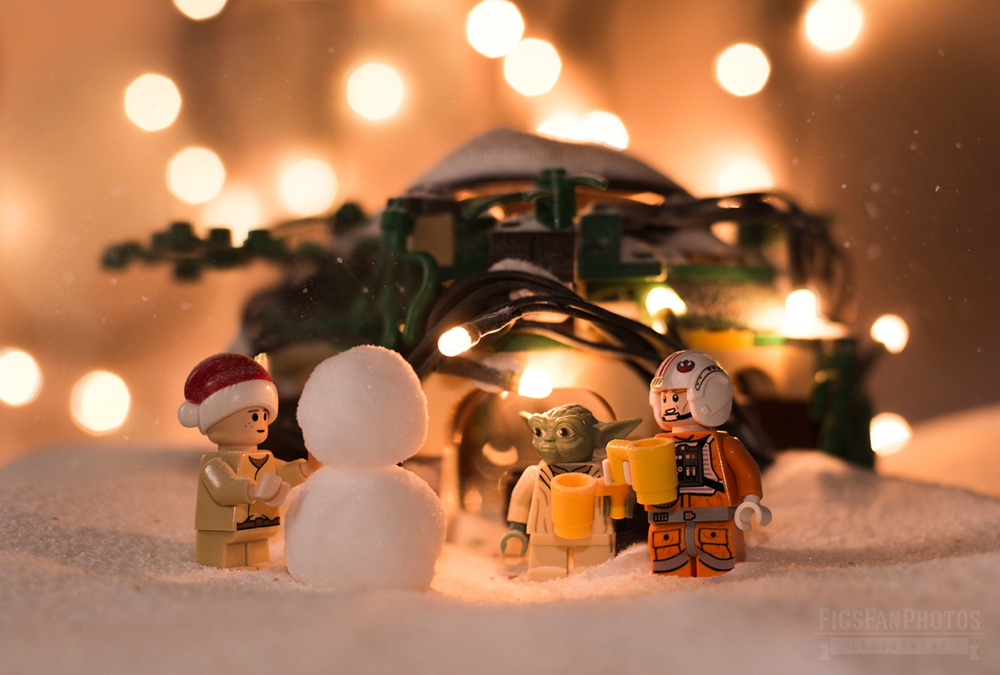 A Calm Afternoon at the Master – Image by Benedek Lampert

How Does Benedek Create the Scenes?

Benedek builds the scenes either indoors or chooses a suitable place in a park for outdoor images. Benedek builds all scenes in real life as authenticity and a real environment are very important to him.

If at all required, in unavoidable circumstances he uses Photoshop, which will be very minimal and Benedek mentions this in the picture, as he believes that credibility and fairness are very important in his work.

He continues and says that creating natural effects in the pictures with mud and smoke are very complicated as the effects or results cannot be calculated or predicted as to what will happen and how the effect will turn out.

As a result of this, he spends hours experimenting and taking photographs until he arrives at an image that is up to his visual satisfaction.

Here are some images that portray Benedek’s creativity and hard work – we hope you enjoy and appreciate them! 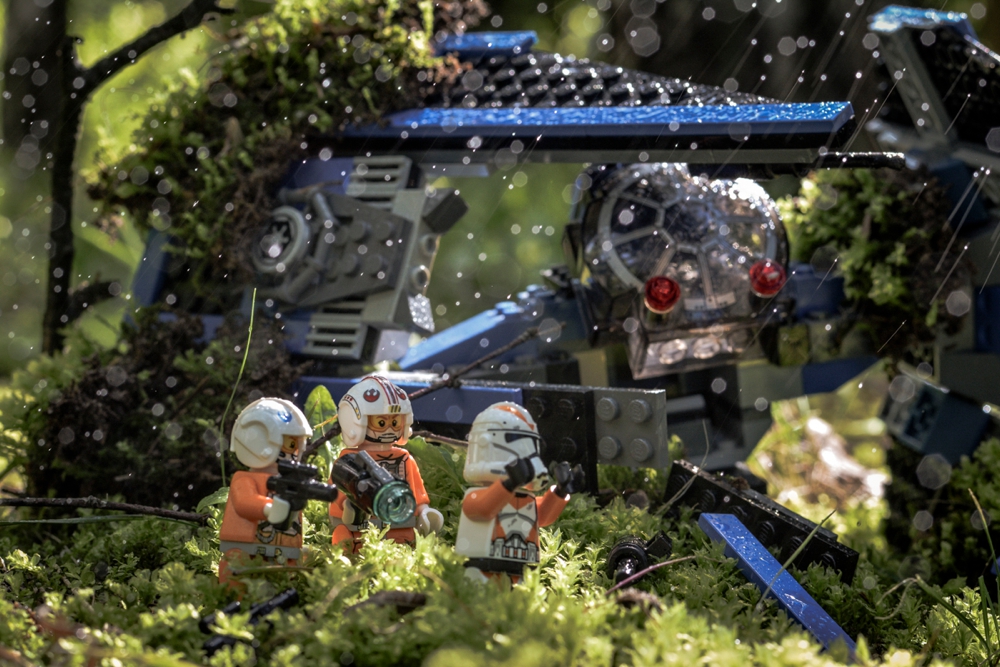 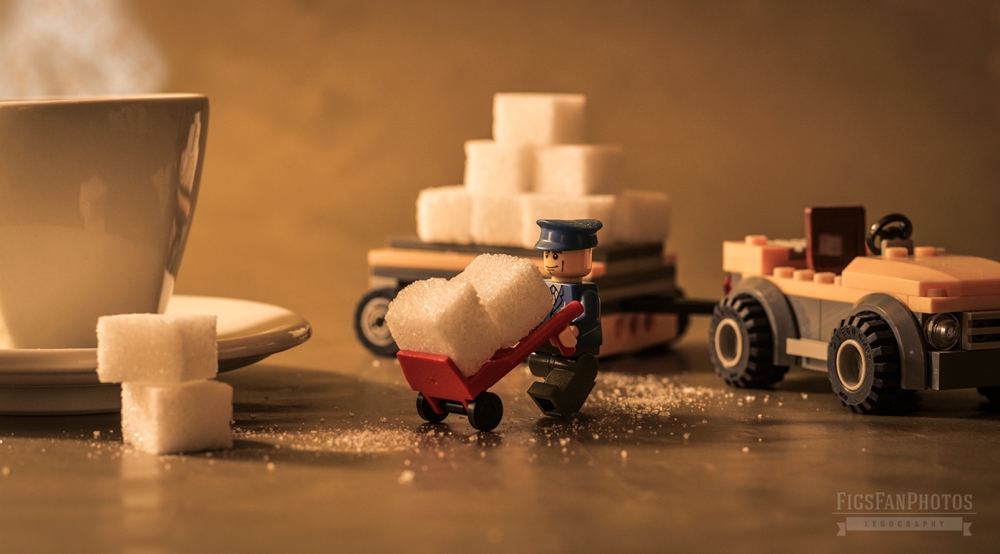 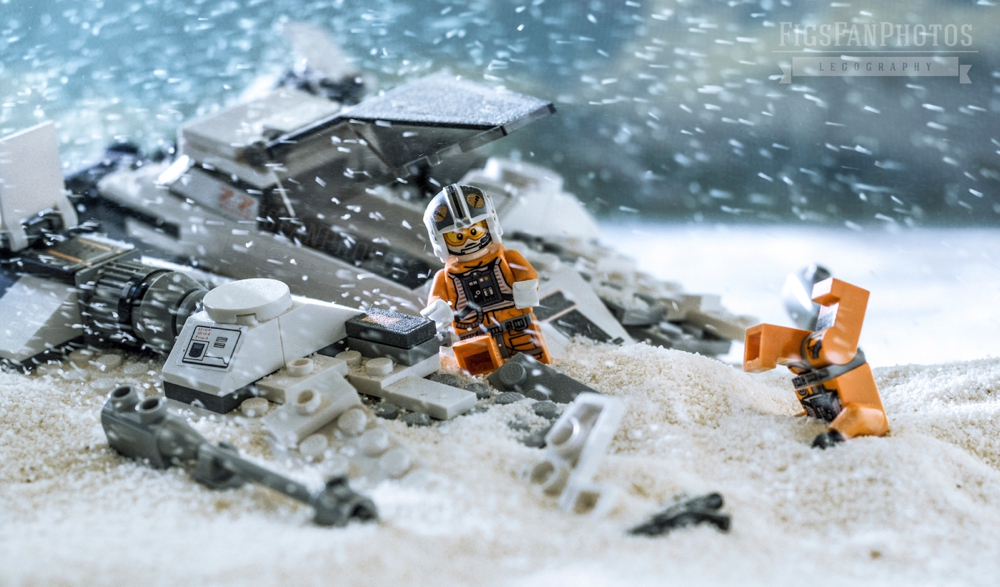 Crash on the Hoth – Image by Benedek Lampert 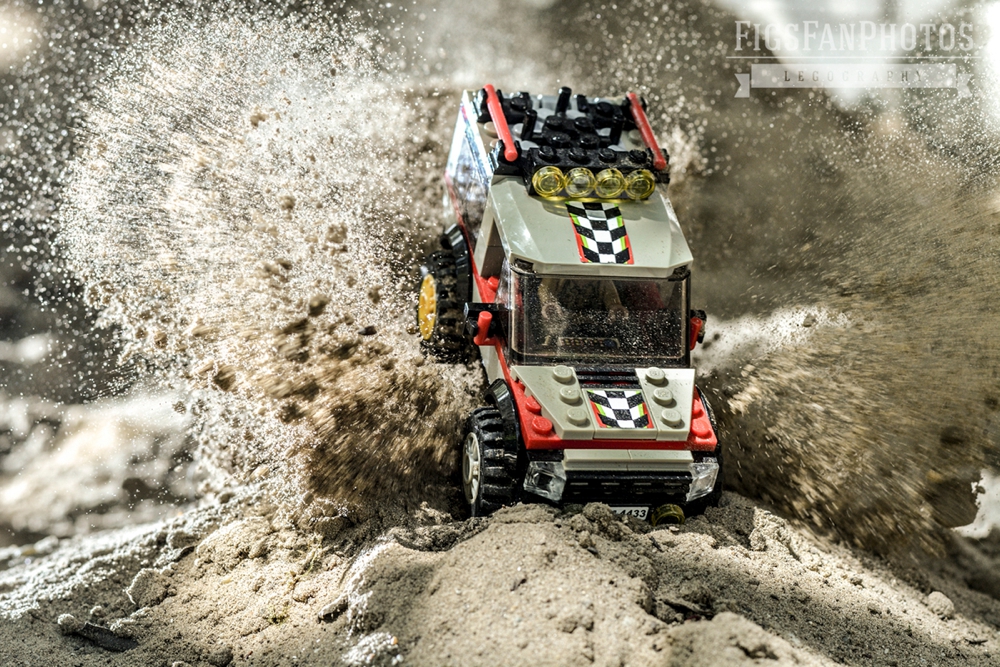 Danger of the Rally – Image by Benedek Lampert 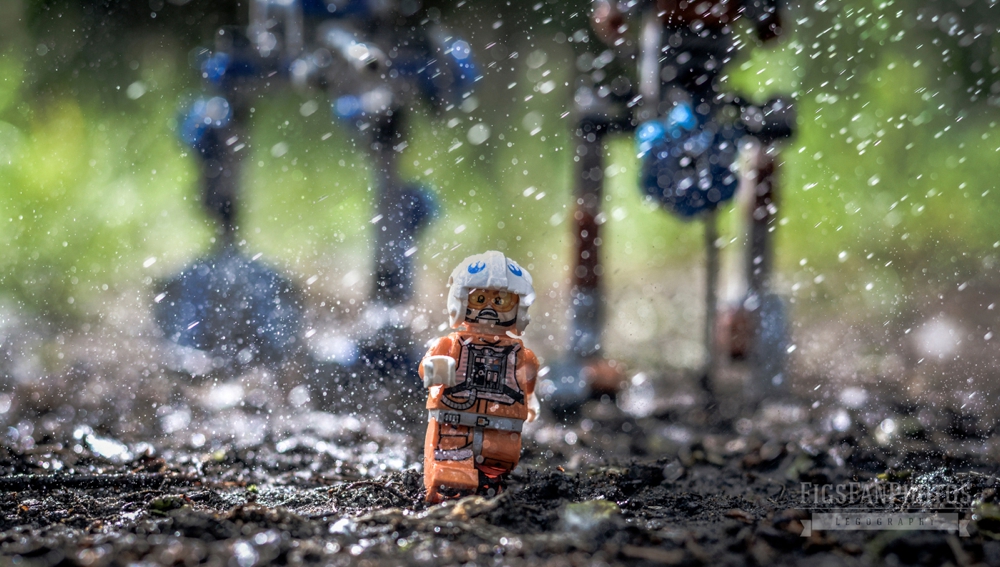 Escape in the Rain – Image by Benedek Lampert 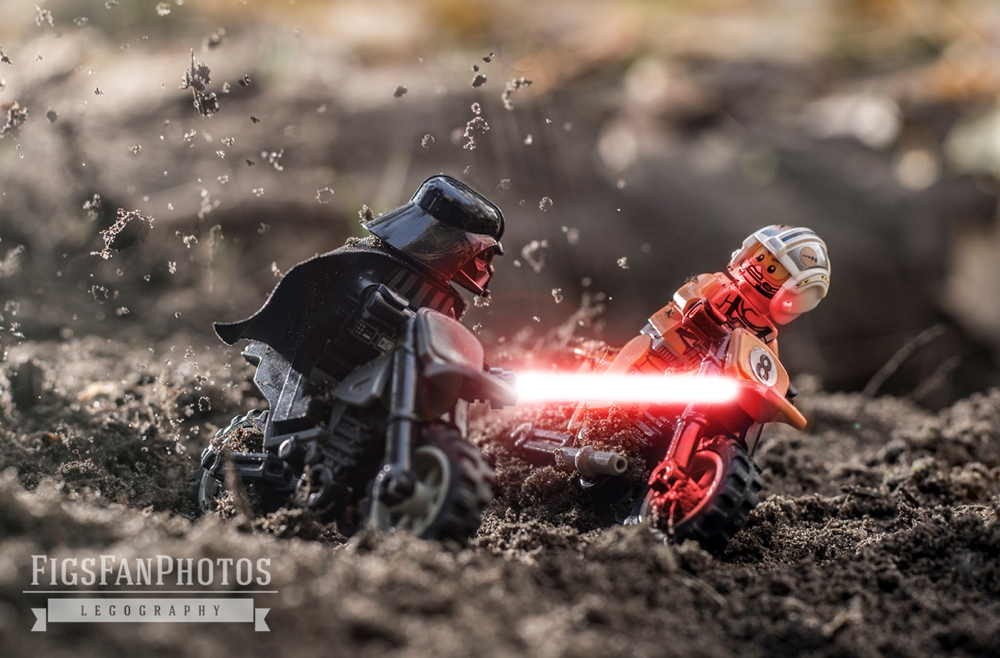 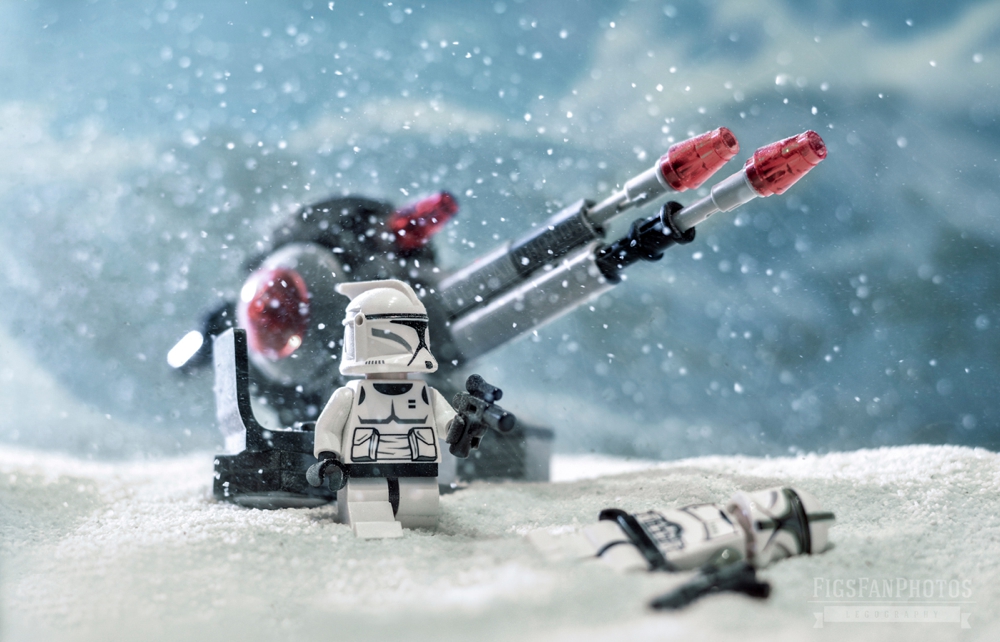 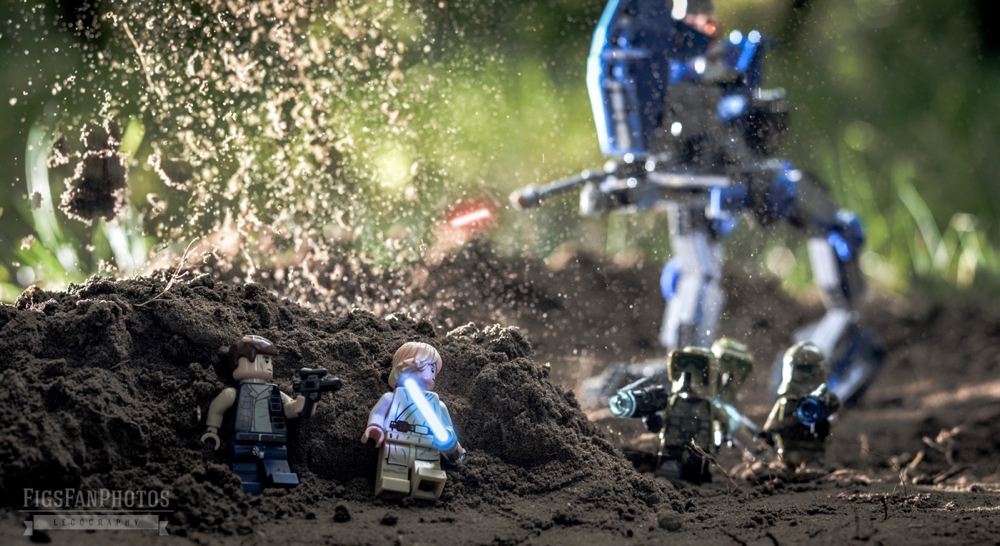 Battlefield, Han and Luke in Action – Image by Benedek Lampert

If you wondered what gear Benedek uses to capture these beautiful images and others on his online galleries, here is the list:

If you like Benedek’s work, you can look at more of his creative work in the links below.

We know that mastering your workflow takes time and effort, but using a piece of software like Lightroom, you can really create the beautiful images you have in your mind way back before you pick up the camera!
This guide by Josh Cripps @ Pro Photo Tips will guide you all the way, leaving no stone unturned.
Master Lightroom RAW Processing