Buyer beware. It's a mantra that serves us photographers very well. We spend significant sums of money on very hi-tech equipment. Most of us have our heads screwed on well enough to recognise a scam, a switch and bait or just a misused second hand camera. It would take a clever and cunning plan to fool us. Sadly, the world of the con artist knows no bounds and as savvy as we are as buyers there will always be someone out there thinking of new ways to acquire our hard earned money. We are all aware of fake goods, it's pretty commonplace, fake Rolexes and Ray-bans abound but the idea of fake Nikons. How does that work?

How can you fake a Nikon?

Well it would seem, quite easily. Today we are going to take a look at the mysterious case of the fake Nikons.

Fakes have got little more sophisticated since this effort, by Acadia3D, on Flickr

Where Did it Start?

In late 2014 Nikon technicians started to notice something strange. Nikon D800Es being returned for repairs or routine services were not all they seemed. On the outside, they were perfect, the body a bona-fide 800E however, when they opened up the cameras, they found something extra – an anti-aliasing filter.

Nikonistas will know that the D800E is a more expensive version of the D800. More expensive because oddly it has one part removed, the bayer filter. It seemed that the scammers were somehow getting hold of the D800E body components and putting D800s inside.

More recently Nikon have issued a warning that the same thing is happening with the D610, its innards being replaced with the much cheaper but outwardly similar D7100. This as you may know is an APS-C sensor camera compared to the D610's full frame.

More worryingly there are now reports coming in that the flagship model the Nikon D4s is being faked with the D4 components. 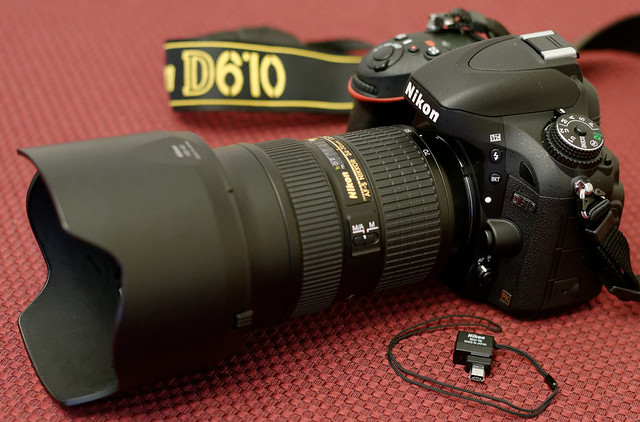 Is All This True?

There is no doubt that there are multiple cameras that have been effected by this mystery, but theories abound as the why it is happening. Firstly the price difference between the D800 and the D800E is not all that great, perhaps $200-$300, why would scammers go to such extraordinary lengths for such small margins. The answer to this one might lie in the fact that the D800 and 800E are now mid-life products. As such it is possible that there are broken D800Es out of warranty that can be picked up cheaply on places such as eBay. Working D800s are also relatively cheap secondhand so the margins may be greater than initial reports suggest.

Secondly the D800E scam may have been a proof of concept test. If they could get away with the relatively simple body swap of these two cameras, it may lead to greater rewards with by swapping D7100s into D610 bodies.

One of the more controversial theories suggests that Nikon is covering a huge manufacturing error in its plants although the more recent discoveries of fake D610s and D4Ss would tend to suggest this is not the case. 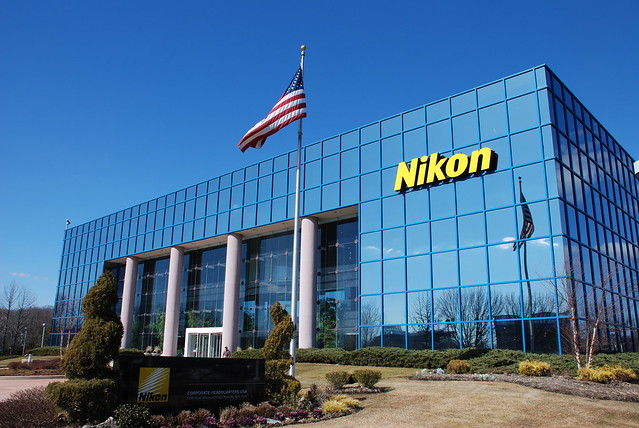 A Nikon coverup is unlikely, by Peter Dutton, on Flickr

The simplest way to check you have the genuine article is display an image in the camera’s playback mode and select the overview display option. The exact camera model will be displayed in the top right of the screen

How Can I Avoid Buying a Fake?

As we said at the top, buyer beware. The normal rules apply when buying complex electronics. If at all possible, buy from a reputable, bricks and mortar store where you can handle the camera and check everything. If that is not possible and you have to buy online, again pick only well know companies and make sure they have acceptable returns policies. Check the seller ratings sites if your country has one. 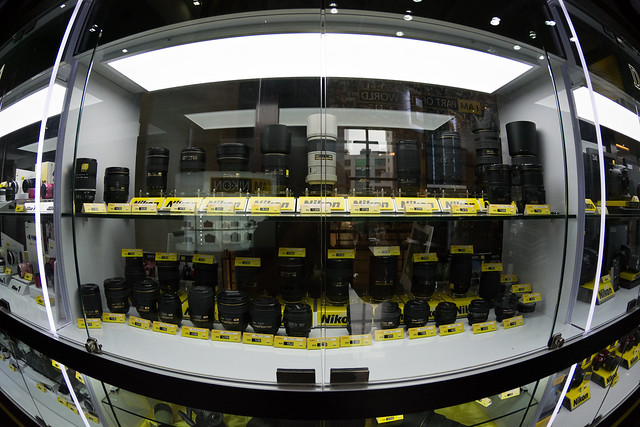 Buying from an established store is the safest, by Vladimir K, on Flickr

If buying off eBay, scrutinise the sellers feedback. If he has a long history of selling camera equipment and very good ratings, you will probably be fine. Avoid sellers with low feed back or with high feedback but only has only been selling small items.

We will always be in a battle with the scammers and con artists, but if you keep a level head and trust your instincts the chances are very high that you will get the correct, bona-fide Nikon. The number of fakes out there is very low but knowing they are out there will help you make a more informed purchase.

The term is “bait and switch”. You first must “bait” the customer with one item of desire, then “switch” that item to something else less desirable or unwanted.

Bait and Switch refers to baiting the customer with a too-good-to-be-true offer only to tell them “oh we just sold out of that one, but here we have this other model you may be interested in.” These camera scams are flat out lying to the customer. Essentially they are selling them a Ford F-150 body with a Ford Ranger engine, or a iPhone 6 body with iPhone 5 internals.

And in regards to checking the camera model via the playback screen, this will only work as long as the camera has unaltered firmware. As soon as they flash a different firmware to the camera, they can program it to display anything (uploading altered firmware isn’t really that hard, either). So be careful out there.